One of the great things about being a writer for Unofficial Networks is that I don’t have to hide my bias.

I have a degree in History, I once took the LSAT because I thought I wanted to be a lawyer, I had an extended stint selling colorectal cancer screening tests over the phone (poop-in-a-box-type-stuff), and basically fell into this job because I was failing at other responsibilities due to my obsession with skiing and ski news.

So yeah, I’m definitely not a proper journalist, nor do I pretend to be.

With that said, I place a heavy importance on being honest and fair with all of you.

So, let’s get this out of the way- Brighton Resort in Utah’s Big Cottonwood Canyon is one of my favorite places to ski on the planet.

Brighton isn’t paying me to say that (although I wish that they were), and I have no incentive to promote them.

Why am I bringing all of this up?

Well, I’m just a little bit worried that Brighton might be fudging their reported snowfall totals.

I feel the obligation to talk about it, and I’m anxious about slandering the good name of the gem that is Brighton without concrete evidence.

Now that’s all out on the table, let’s take a look at some evidence that suggests Brighton might be reporting inaccurate snowfall totals. 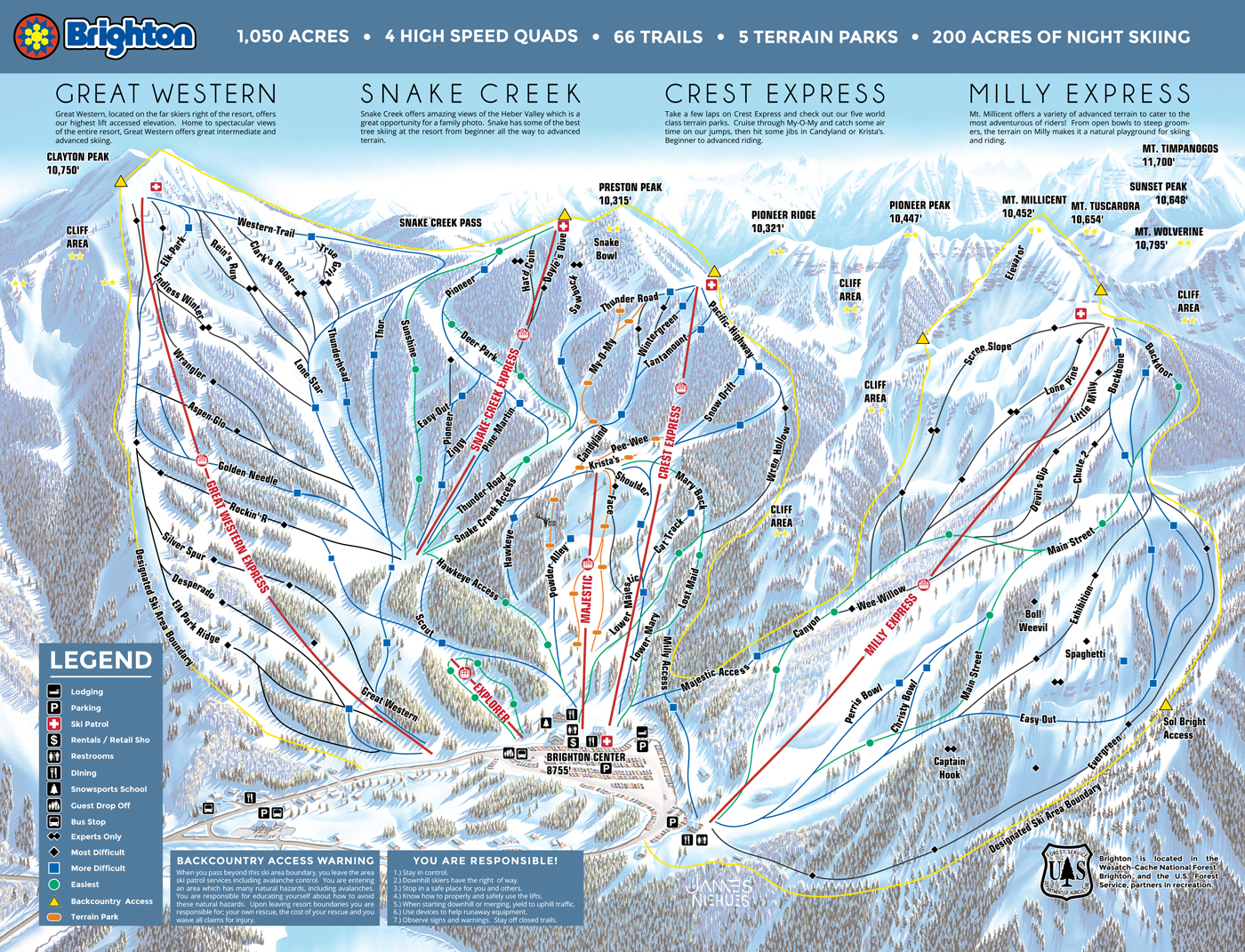 Twitter account Wasatch Snow Forecast (I’m going to refer to him as WSF throughout the remainder of this article) is the Utah daily snow reporter for OpenSnow.com.

His job is to forecast snow storms hitting Utah, and report on what they deliver per resort. You could say that he’s an expert on the matter.

WSF has been celebrating a fruitful year thus far for his beloved Utah ski resorts, but he’s noticed a trend with Brighton’s snowfall reporting.

WSF reports that Brighton’s season snowfall total was 331 inches last weekend (1/7/23). The resort then reported a 7-day snowfall total of 35 inches throughout the following week.

Anybody with a calculator can figure out that the season snowfall total should be 366 inches at the end of the week (331+35= 366).

If that’s the case, why did Brighton report this past weekend (January 14) that their seasonal snowfall total was 406 inches, and not 366 inches?

Brighton had 331" season total at this time last weekend on their website. They now show 406" with a 7-day total of 35". What?!? If you add up what they report every morning, they got 65" so that should be a total of 396". It just never makes sense. pic.twitter.com/SolDCIrh0z

Furthermore, WSF reports that he added up Brighton’s daily snowfall reports over the last seven days. He expected them to add up to 35 inches, as recorded in the 7-day snowfall total, but the sum was actually 65 inches.

One might think- Maybe there’s just a clerical issue in their 7-day snowfall report?

WSF breaks it down further- If they actually did get 65 inches throughout the week, their season total should be 396 inches, which is still 10 inches shy of the 406 inches that was being reported on WSF’s screenshot.

I want to give Brighton the benefit of the doubt, but others have noticed discrepancies in their snowfall reporting this year as well.

Just click that embedded WSF Tweet above and read some of the comments. Many skiers and riders are skeptical about Brighton’s accuracy.

I really hope that this can all be explained by some kind of website/back-end error, and that Brighton isn’t deliberately falsifying their snowfall totals like resorts of yesteryear.

In case you didn’t know, Unofficial Networks got its start as Unofficial Sq*w back in the early 2000s due to Sq*w Valley’s dishonest daily snow reports.

It used be a common issue at ski resorts across the globe. 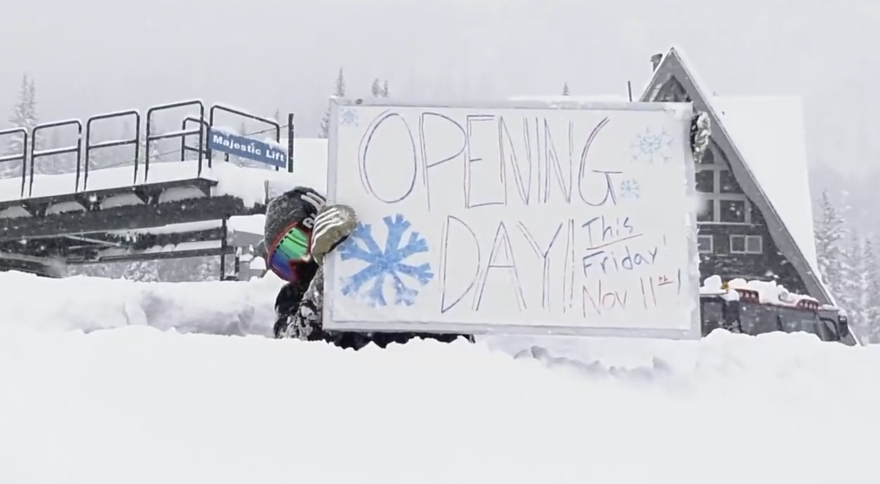 I love Brighton no matter what.

The terrain off Milly, and the seemingly endless mellow tree runs from Great Western to Crest, have a special place in my heart.

Brighton could flat-out admit that they lie about snow reporting, and I would still show up from the east coast to ski that place.

With that said, I will continue to bring attention to this matter if more evidence comes forward.

Lying on snow reports is unofficially ‘not chill’, bruh.

Again, here’s hoping it can be explained by an inadvertent accident and not something more sinister.