Bald Eagle Adopts Hawk That Was Going To Be Food

Bald Eagle Adopts Hawk That Was Going To Be Food 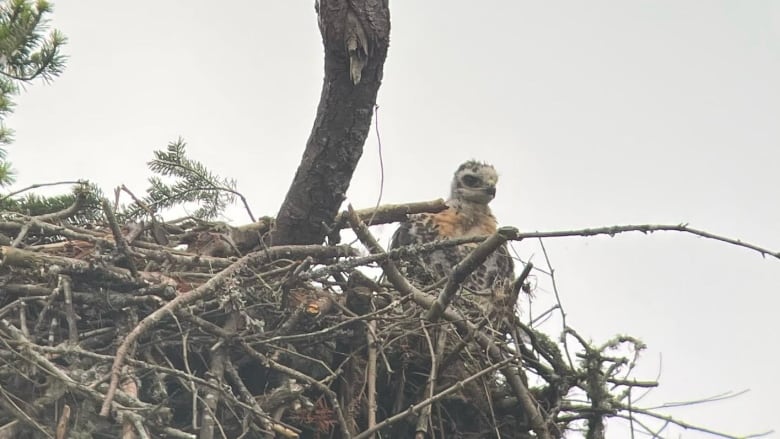 A webcam set to record a bald eagle’s nest on Gabriola Island, British Columbia captured a spectacular interaction between a bald eagle and a baby red-tailed hawk.

The narrator of the video below believes that the red-tailed hawk was hunted by the bald eagle as food for her eaglet, but something happens when the baby hawk is dropped off at the nest.

Rather than being devoured as dinner, it appears that the hawk has been adopted by the mother eagle!

Video at bottom of article. The video can be a little bit hard to make out, but it’s pretty spectacular once you realize what’s happening. I’ll help you out with some context before you start watching.

The video starts with the mother eagle returning to the nest. She has a white animal clutched in her talons. That’s the baby red-tailed hawk. You can also see the eaglet, a larger dark-feathered bird, waiting in the nest.

The video is a little long, so feel free to jump around to see the various interactions.

The mother eagle feeds the newly adopted hawk for the first time around the 12:15 mark.