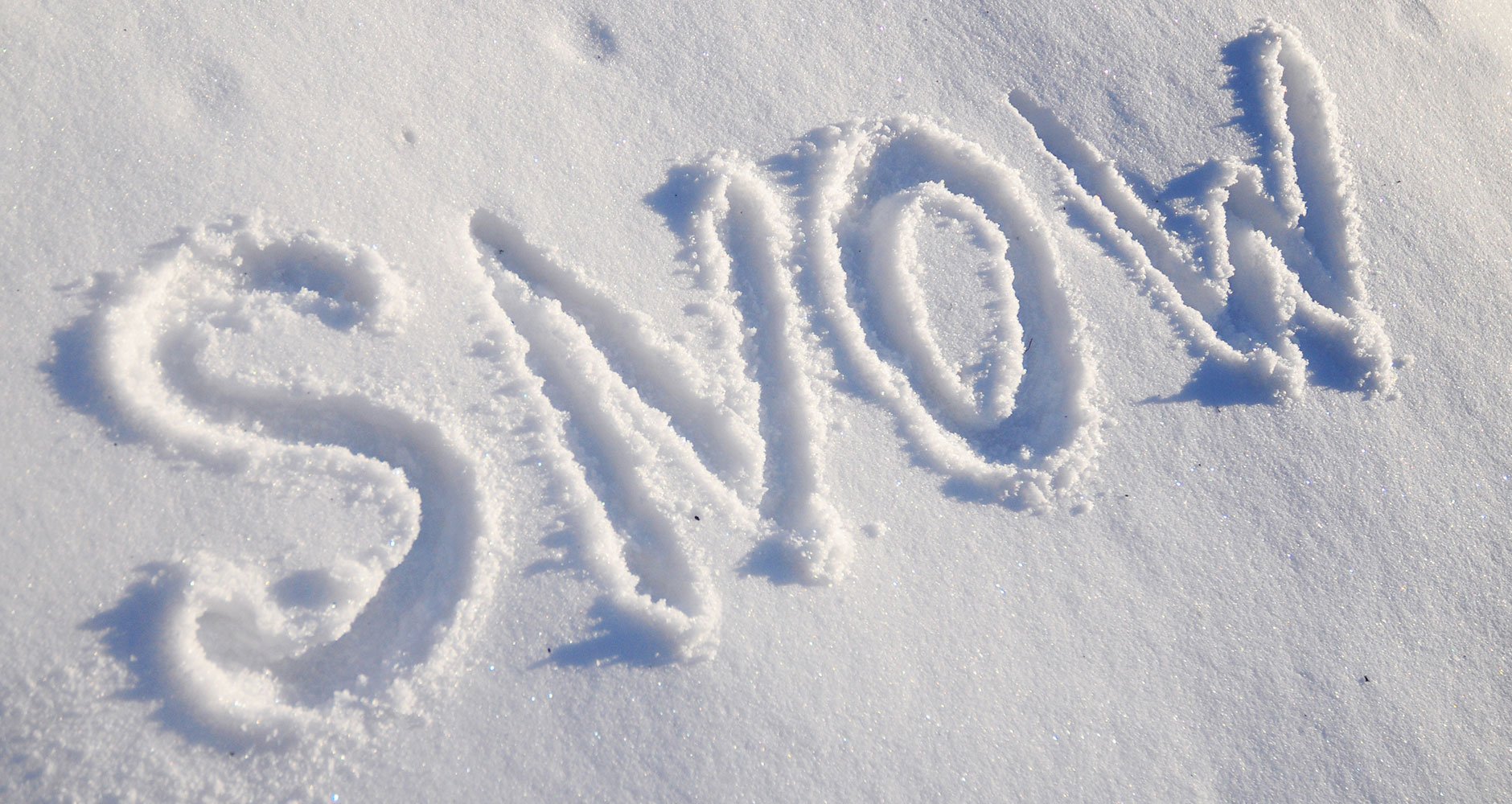 Snow from the southern Sierra moves east over the southern and central Rockies pulling moisture and warm air with it. A secondary low forms further north midweek bringing another round of light snow to the northern Rockies. 2 additional low-pressure systems are noted in the extended especially in the PNW. Its not too late to join the Concierge program if you want custom chases, trip planning and the best odds of ending up at the deepest resorts. Also, please donate to support our forecasts please.

Looking at webcams and radar there appears to be moderate snow falling in many areas of the Sierra favoring spots south of Lake Tahoe.  That system moves east over the southern and central Rockies Tuesday-Wednesday. Snow totals on the cams look light as of 6 AM Monday.

Announcement: Wildfires have already started in the west. Please use extreme caution. Did you know that many fires start from cars pulling off the road into a brushy area and ignite from the catalytic converter heat below? Use caution this summer and pick your pull off with this in mind.

Below: Wildland Fire in Boulder on Saturday- Photo: @powderchasersteve via Instagram. Boulder Fire springs into action for structure protection as fire spreads south. No homes were impacted. 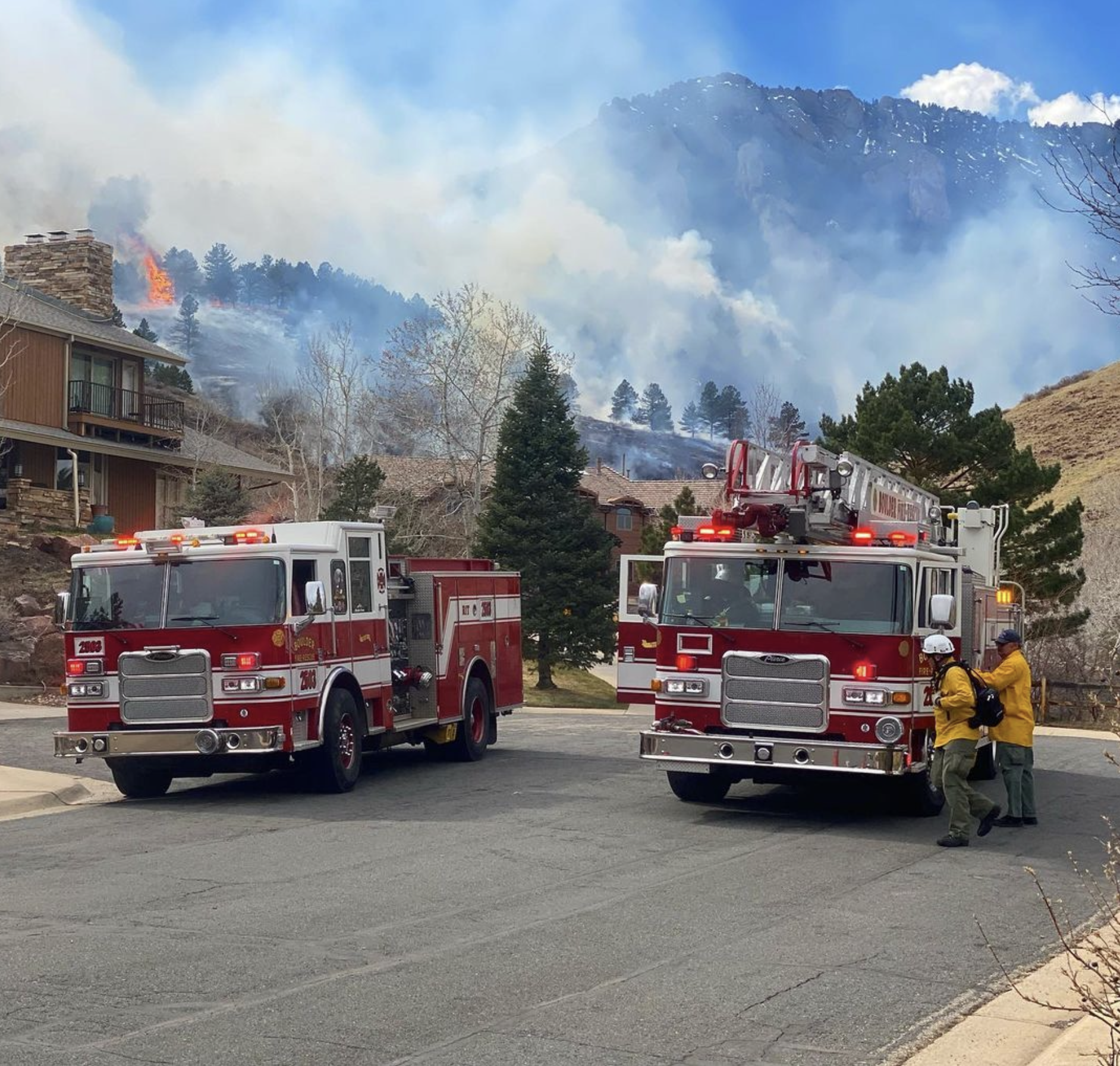 If chasing powder this week, highlights currently are noted for southern Colorado primarily from early Tuesday to early Wednesday. The models push a decent amount of moisture into the San Juan Ranges favoring Purgatory, Silverton, and Telluride. Telluride might come up short initially Tuesday morning but catch up later Tuesday and Wednesday with a wind shift to the NW. Wolf Creek is a solid wildcard for Tuesday with snow falling albeit amounts might be less. The Good: Decent moisture totals favoring the southern San Juan Range Tuesday to Wednesday.  Some peaks might end up with 12 inches by Wednesday morning. Much less will fall from mid to lower elevations. The Bad: Warm temps will keep snow levels at 9K so choose to ride high elevation and don’t expect any blower. Wet dense snow is what we need right now to cover the warm potatoes below.

The winds shift to the west and eventually NW over Colorado Tuesday midday increasing snowfall for the central and northern mountains (Aspen, Beaver Creek, Steamboat, Vail, Breckenridge) into Tuesday night. Currently, amounts look to stay in the 4-7 inch range. Look for possible upside at Beaver Creek, Vail, or perhaps the summit of Highlands or Aspen. Ride late Tuesday or early Wednesday. Amounts will be variable and snow reports might only have 3-5 inches in many cases (More at the summit perhaps). This is not a huge storm for the central or northern areas, but some upsides might occur at some summits.

Below: The GFS model is the most bullish with some decent amounts through Wednesday in the southern San Juan range followed by the central mountains extending from Crested Butte through the I-70 corridor and north to Steamboat. Most snow for the central and northern ranges occurs midday Tuesday to early Wednesday when winds shift to the W NW. 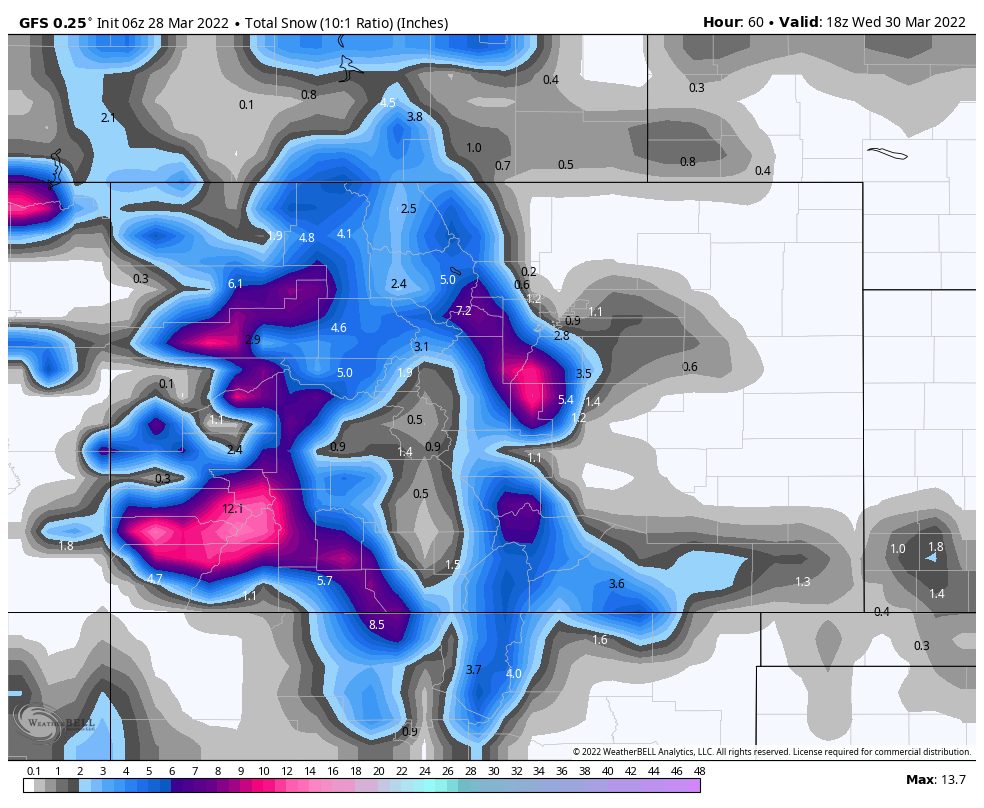 Utah appears to be left out of the main flow aside from the southern mountains. The Wasatch looks to grab light snow Tuesday and again Wednesday (3-6).

Below: Colorado temps are at 10K feet by early Wednesday. The southern regions stay warm where a cold front impacts the northern regions and the eastern Divide of Colorado. It’s possible that Steamboat (-7C noted in this northern area) benefits from some better snow ratios (More snow to water) at the summit Wednesday morning or spots along the Divide or slightly north of I-70 (Speculation with low confidence this happens). 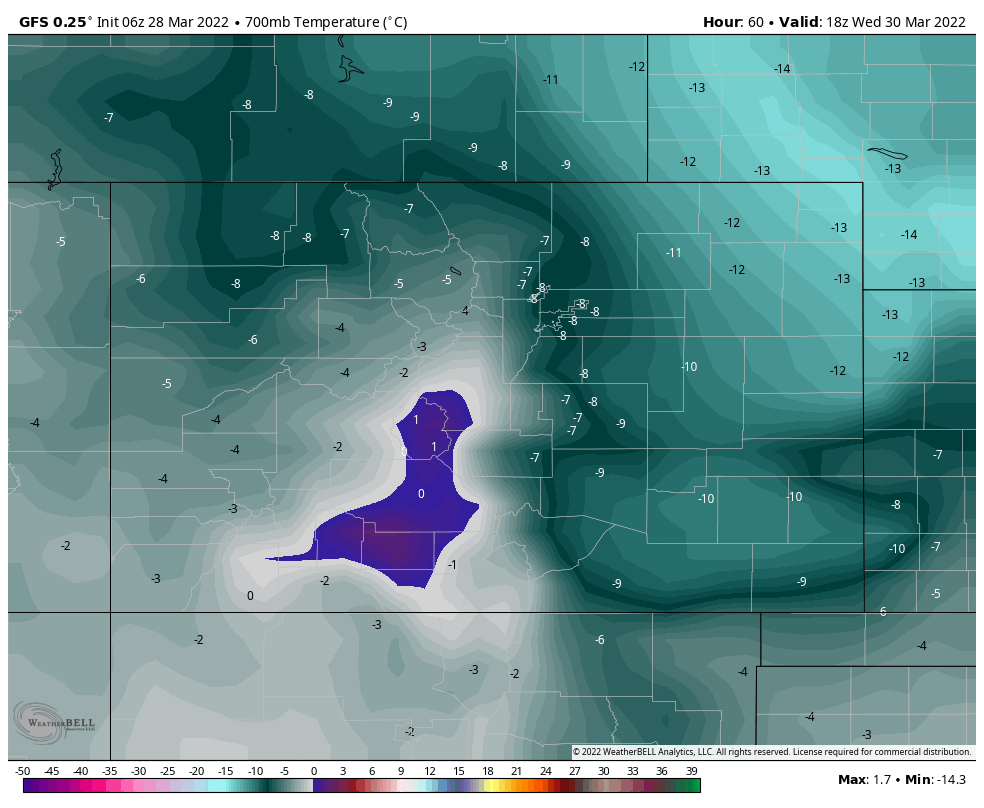 Below: Deep low is circulating moisture north into Colorado and southern UT Tuesday by Tuesday morning. 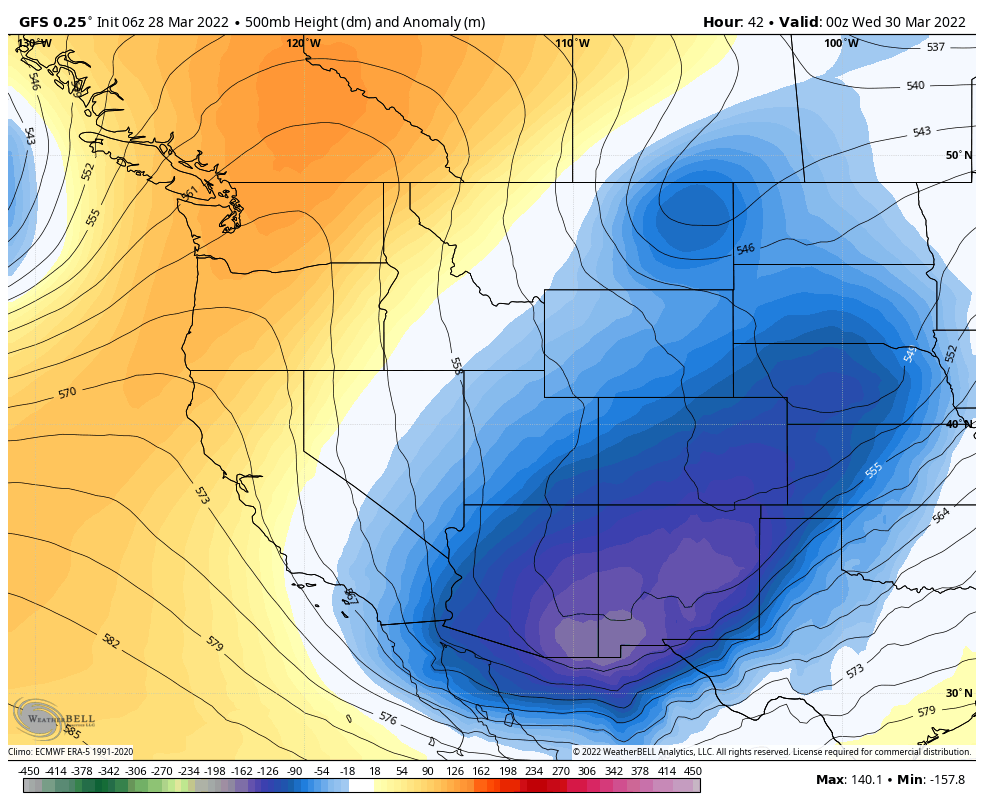 Below: A 2nd but weak low-pressure system will move over the northern Rockies Thursday into Friday bringing some light or moderate snow to southern Montana, Tetons, Wasatch, and most of north-central Colorado. Look for some additional better quality snow during this period, however, amounts are likely going to be on the low side. You can see the main trough has pushed east of Colorado on the right. 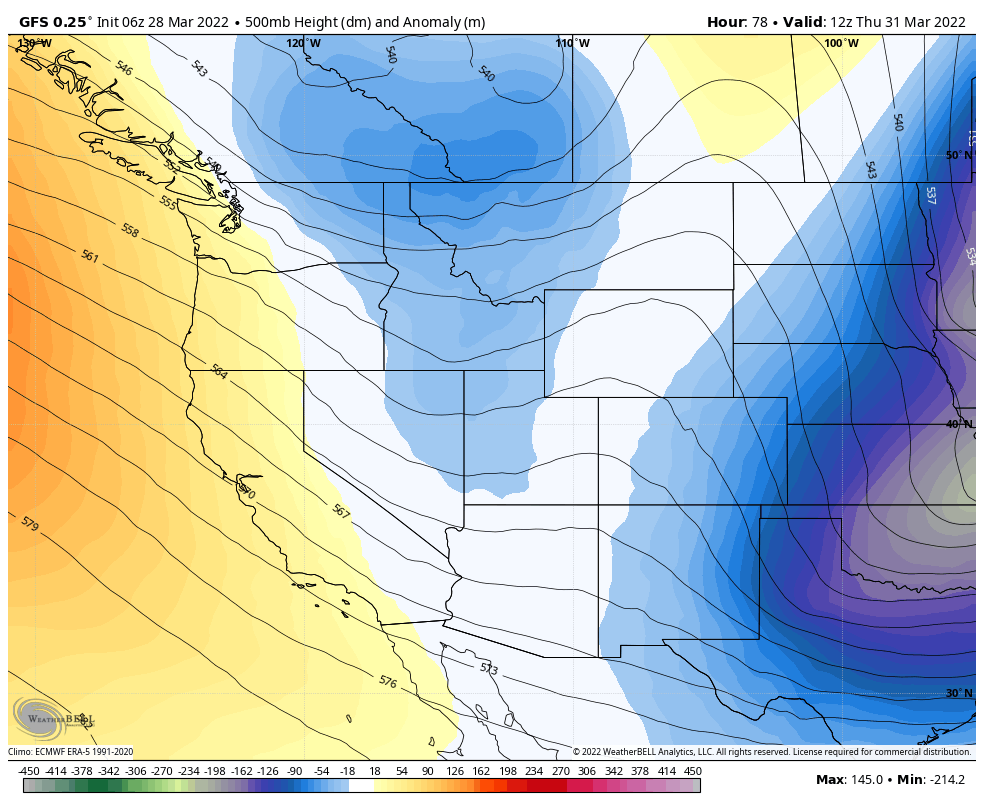 The Pacific Northwest looks active beginning this weekend with a weak low-pressure and cold air that moves in for Saturday. A deeper low is likely to set up the following week (April 4-6) with a good chance of some deep snow, slightly warmer temps followed by a sharp cold front by Tuesday or Wednesday (Week #2)

Below: Weak low noted over the PNW this weekend with some light or moderate snow favoring the northern Cascades this weekend and cooler temps. 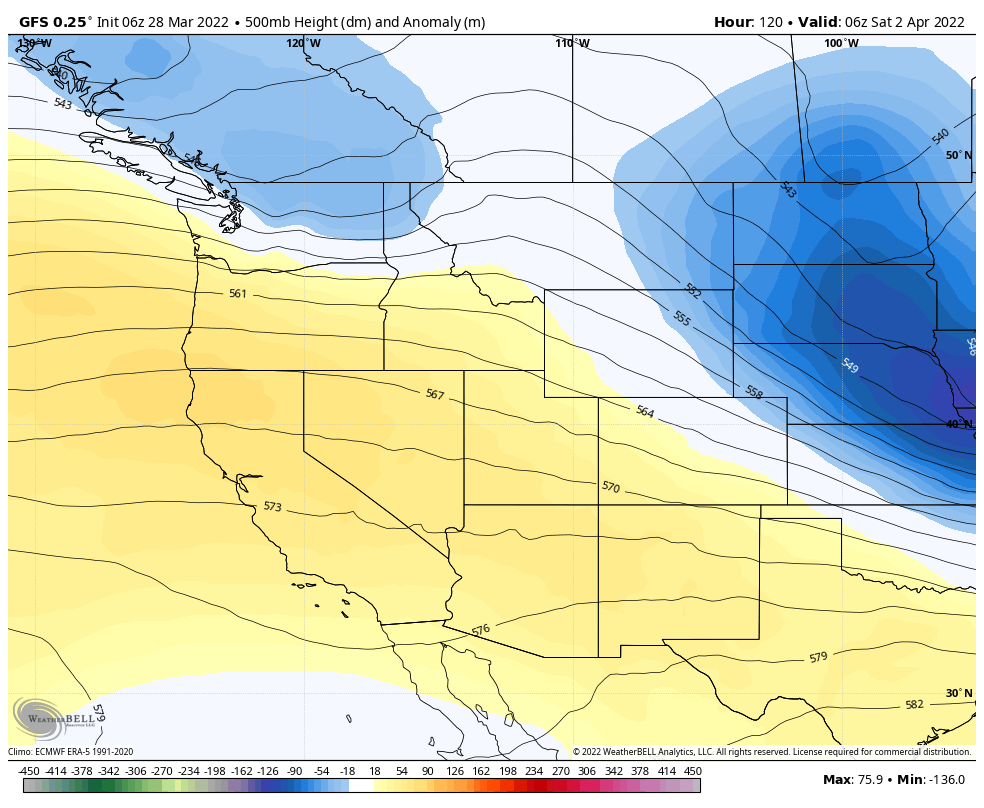 Below: Deeper low noted for the PNW and Canada in the April 5 timeframe. This will likely favor the northern regions of the West and could bring significant snowfall to many areas of Canada and the PNW. Some of this snow will trickle into Idaho, Montana, and Wyoming early to mid next week. 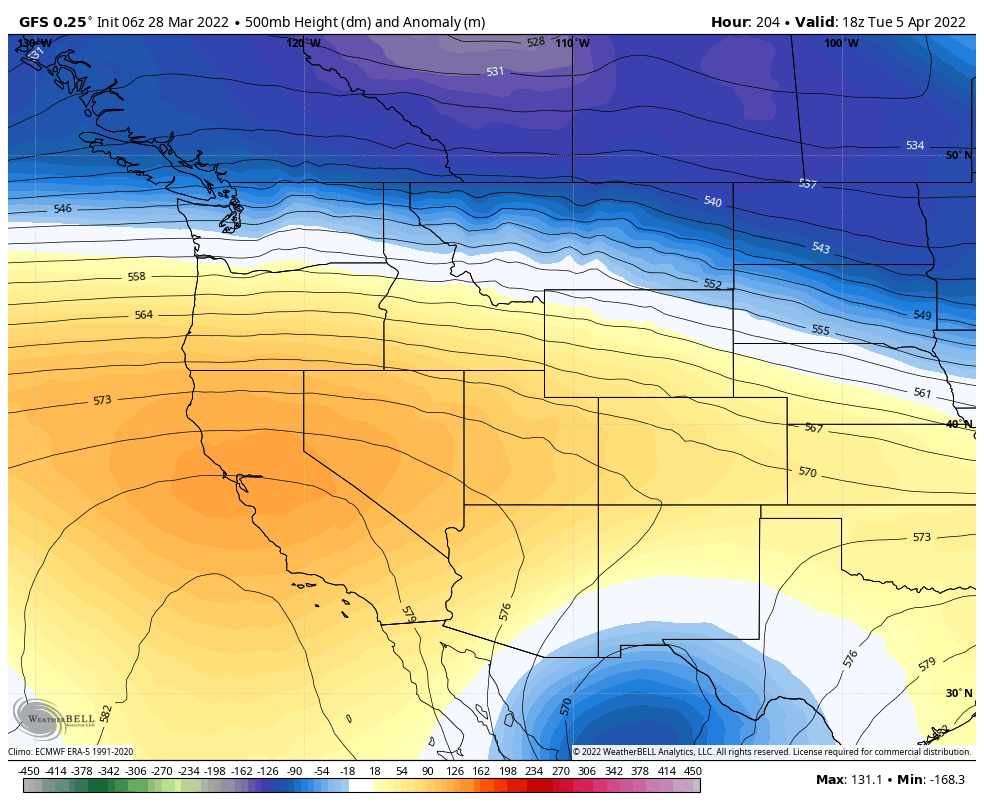 Below: Total snowfall for the west and Canada through next Wednesday, April 6th. This map has low confidence for the extended ranges being more than 7 days out! 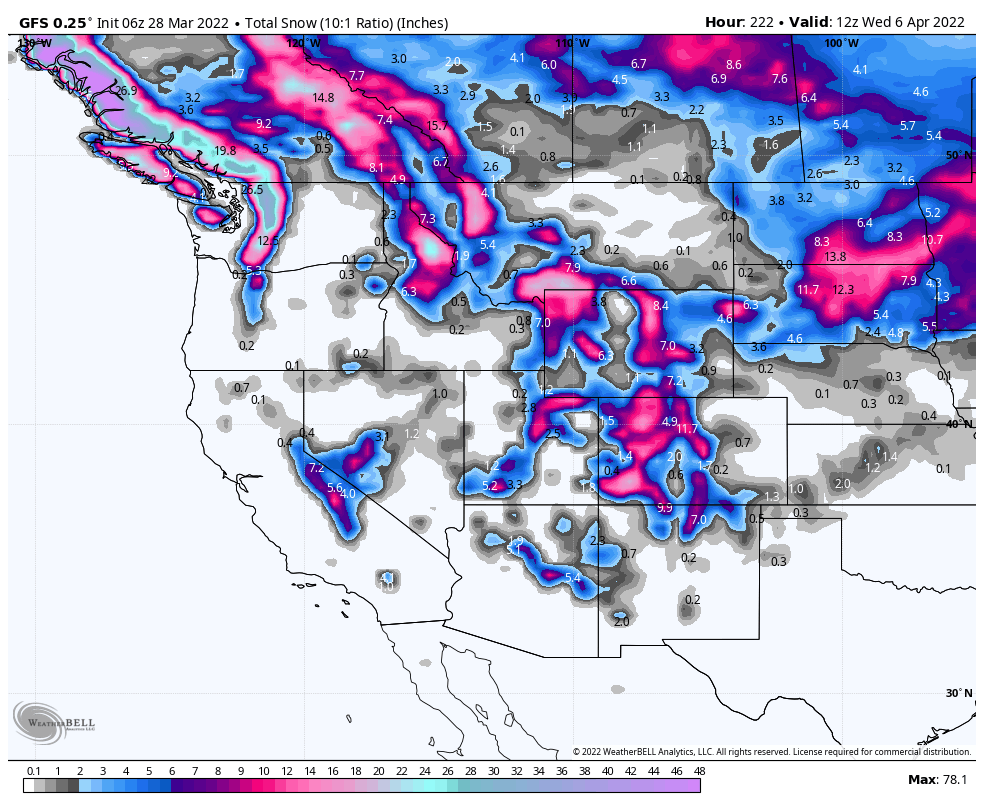 Enjoy the chases but be aware of the warm temps.   Powderchaser Steve Did that work? Did that joke in the headline work? I don’t know… I’m still questioning whether it plays. I think you guys got what I (…) Kayaker Frees Himself From Sketchy Cave Below Waterfall (Watch)

A kayaker was descending Cuyahoga Falls, OH when he ended up in a sticky situation and was forced to self-rescue. His cool head (…) Cascade Mountain in Portage, WI is selling chairs from their Mogul Monster lifts. The chairs are $700 for season passholders, and $800 (…)