Granite Gorge’s status for years has been in limbo. The Covid-19 pandemic saw the mountain close in March 2020, and it hasn’t reopened since. According to the Keene Sentinel, the owner of the mountain doesn’t plan on reopening it. Owner  John Baybutt said that “I’ve pretty much decided to move on from it”. His brother, Fred Baybutt, was the main operator of the slopes. Once Fred passed away in 2020, John’s interest in operating the slopes faded. One possibility is for them to still operate their tubing operations through a third party. Unfortunately, a plan from earlier this year with a third party to run their tubing park didn’t become a firm agreement, with the owner saying those plans are on hold. Right now, the only significant costs are “a small electrical bill, insurance, and property taxes.” John Baybutt declined to say whether he’s considering selling the mountain.

Granite Gorge’s history has been an interesting one. The mountain opened up as “The Pinnacle” in the 1959-60 season, but then closed in 1977 due to a lack of snowmaking, subpar winters, and poor infrastructure. The land sat vacant until 1999 when Baybutt Construction bought the land and started work on reopening it. The mountain reopened as a snow tubing and rope tow operation in 2003. A double chairlift was added in 2005 and helped create a major terrain expansion.

The last ten years of the operation of the mountain were disastrous. The mountain faced foreclosure in 2013 but was able to manage its way around it. In 2016, multiple mechanical issues caused their chairlift to roll back, causing two chairs to ram into each other. Two people needed to be taken to the hospital, but no serious injuries were reported. In 2019, their summer camp license was revoked after children weren’t supervised by lifeguards while swimming, and the counselors lacked the proper experience to run the camp. The mountain faced yet another auction in 2019, but the owners got out of this situation by “meeting the bank’s terms and paying those taxes.” After the pandemic shut down operations in March 2020, the place hasn’t opened since. It wasn’t the biggest ski area in the region, but it’s a loss for Keene area residents, especially schoolkids and Keene State students, who are looking for a quick commute to some turns in. While Granite Gorge has made a comeback before, it looks its days may be numbered. 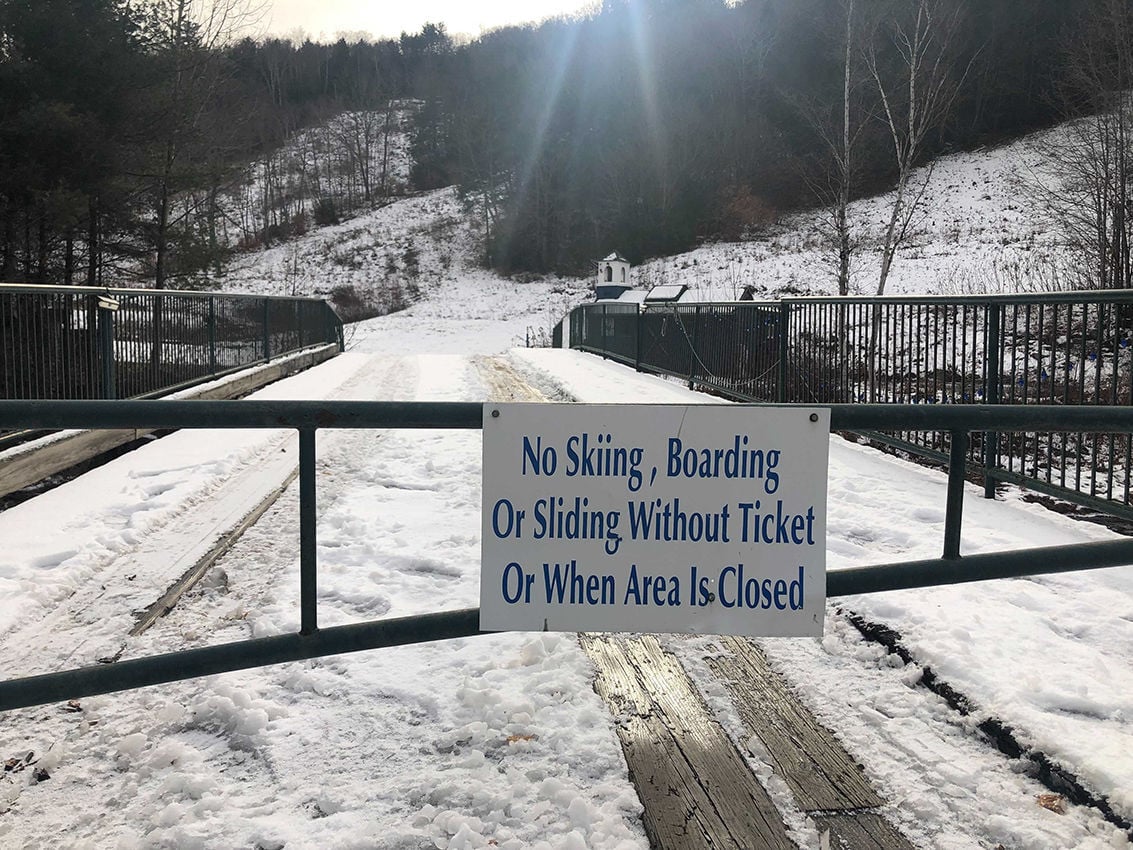