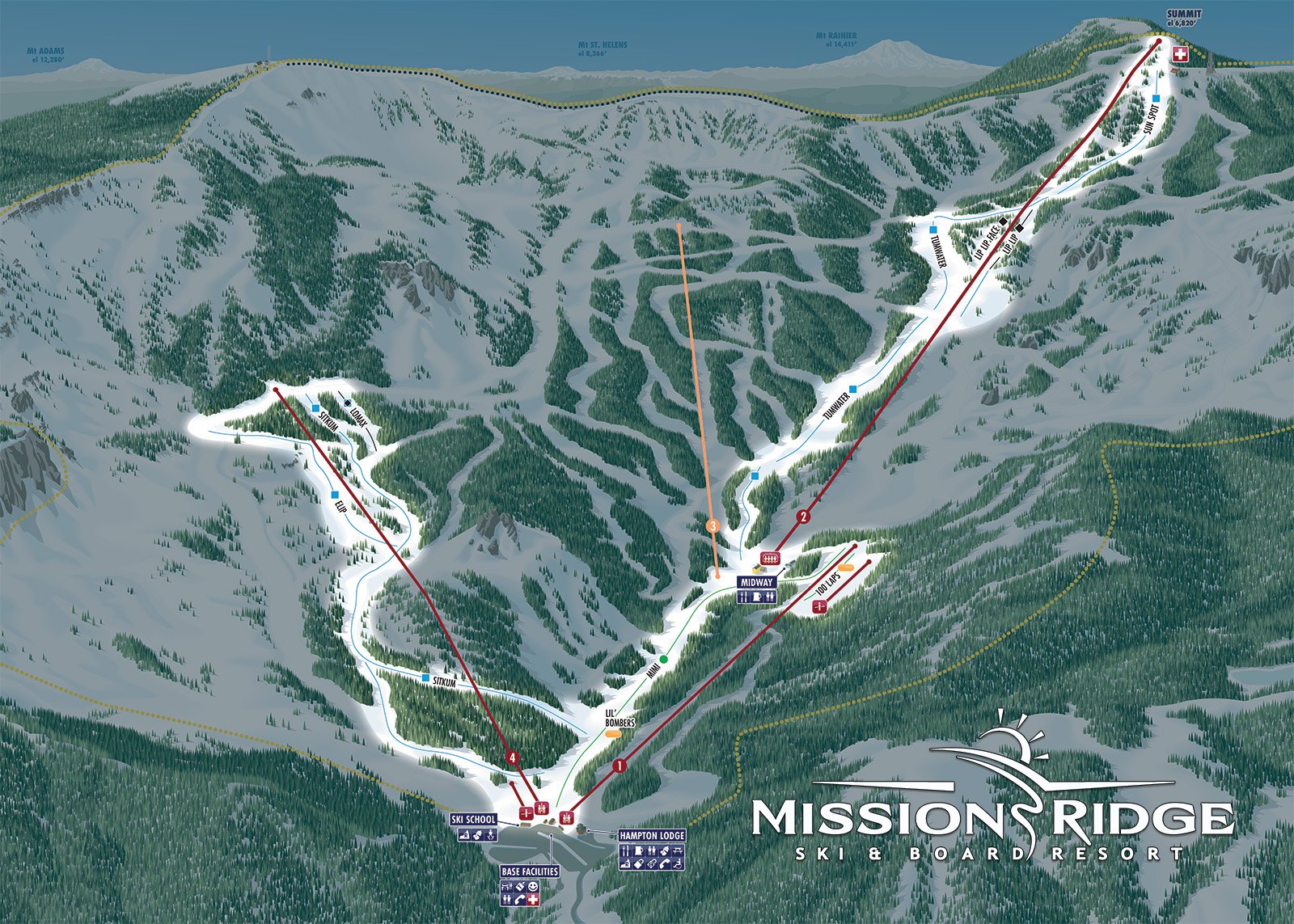 Here’s more on the specifics from Mission Ridge:

“Topping out at 6,820 feet at the summit of the ski area, the Wenatchee Express will be open during night ski operations this season in addition to Chair 1, Chair 4 and several surface lifts. The increased vertical rise to a total of 2,250 feet will make our night ski operation the second tallest in the country that we’re aware of.”

“In total, 11 runs on over 70 acres of terrain will be lit. Night terrain will now be served by 3 chairlifts and 3 surface lifts.”

Mission Ridge will open for 40 nights in total starting on December 26th. Lifts will spin and lights will shine from 4-9pm Wednesday-Saturday through the end of February.

Say what you want about night skiing, but I’ve always been a fan. It’s an awesome way to spend more time on the mountain, and it’s fun to meet up with friends after a day of work.

Check out the full press release from Mission Ridge below:

We are excited to announce the expansion of the night light system to the top of the mountain and the addition of new terrain for night skiing this coming season. After years of planning and preparation, 42 new light poles have been added in the Upper Basin of the resort to open several runs off of the Wenatchee Express chairlift. Topping out at 6,820 feet at the summit of the ski area, the Wenatchee Express will be open during night ski operations this season in addition to Chair 1, Chair 4 and several surface lifts. The increased vertical rise to a total of 2,250 feet will make our night ski operation the second tallest in the country that we’re aware of.

On clear nights, you’ll have one of the most amazing night views in the state. From the summit, you will see the city lights of Ellensburg to Ephrata and many points further in all directions. This project will offer our night skiing guests more advanced terrain to ski and ride on, as well as provide one of the longest vertical drops for night skiing in the world.

The added night ski terrain will be a 78% increase over last season. When combined with a 2019 night ski expansion, we’ve increased terrain open for night skiing by over triple what was available for several decades prior. Skiers and snowboarders can now enjoy turns under the lights on 40 nights this coming season starting December 26th. The standard night schedule will run Wednesday through Saturday from 4 pm to 9 pm through the end of February. In total, 11 runs on over 70 acres of terrain will be lit. Night terrain will now be served by 3 chairlifts and 3 surface lifts.

To help you take full advantage of the exciting changes, we have several season pass options available that include access to some or all night ski nights. The Twilight Pass in particular delivers even more value now thanks to the additional night terrain. With access from 2 pm to close everyday we’re open, the Twilight pass gives guests access to all 40 nights of the season as well as afternoon access to the entire mountain from 2 pm to 4 pm on each of Mission’s 117 scheduled operating days. For more information on the Twilight Pass and all other 2022/23 Mission Ridge season passes click here.

In addition to the expansion of Night Skiing to the top of the mountain, we are also excited to announce that a new conveyor surface lift, or “magic carpet”, is being installed in the Pika Peak beginners area. Located in the Base Area of the resort, the Pika Peak beginners area is where many people have made their first turns on skis or a snowboard. With the installation of the carpet lift, the experience of taking the first steps towards a lifetime of enjoyment on the mountain will be easier than ever.

This new addition to our beginner area provides a significantly better learning environment for students of all ages, both skiers and snowboarders. Carpet lifts are easier to load than rope tow lifts and will have kids and adults alike even more excited to get on the snow this coming season. The current rope tow in the Pika Peak beginners area will remain in place and operate alongside the new carpet lift, increasing the uphill capacity in the Mission Ridge beginner area.

Continued Investment In The Experience

The expansion of the night lighting system and installation of the carpet tow are just two of the improvements being made for the coming 2022/23 winter season. Over half a million dollars have been reinvested into the resort this off-season in ongoing efforts to improve the overall guest experience at Mission Ridge. We’re excited to continue moving the needle forward in our efforts to improve our guest’s experience here and we look forward to welcoming everyone back up to the mountain in just a couple short months!