Exciting news out of New Zealand, as Cardrona Alpine Resort has opened up a new section of terrain for the first time ever.  On Thursday morning, Cardrona dropped the gates on Willows Basin, which features intermediate terrain on stunning wide-open snowfields. The lift was actually used previously at Cardrona Alpine Resort, with it originally being known as McDougall’s Quad. The terrain is starting as ungroomed due to a low snow base. This terrain expansion is the first for a New Zealand ski resort in about a decade.

This opening is just the beginning of their Willow Basin expansion plans. According to Stuff, a detachable chairlift will be added to link the chairlift with the top of Captain’s Basin. Originally, the Willows Quad that just opened was going to be used on advanced ski terrain called the Pringles. This plan was canceled after a rare breed of lizards was found around the area. This terrain looks like just another reason why I need to make it out to New Zealand to shred. 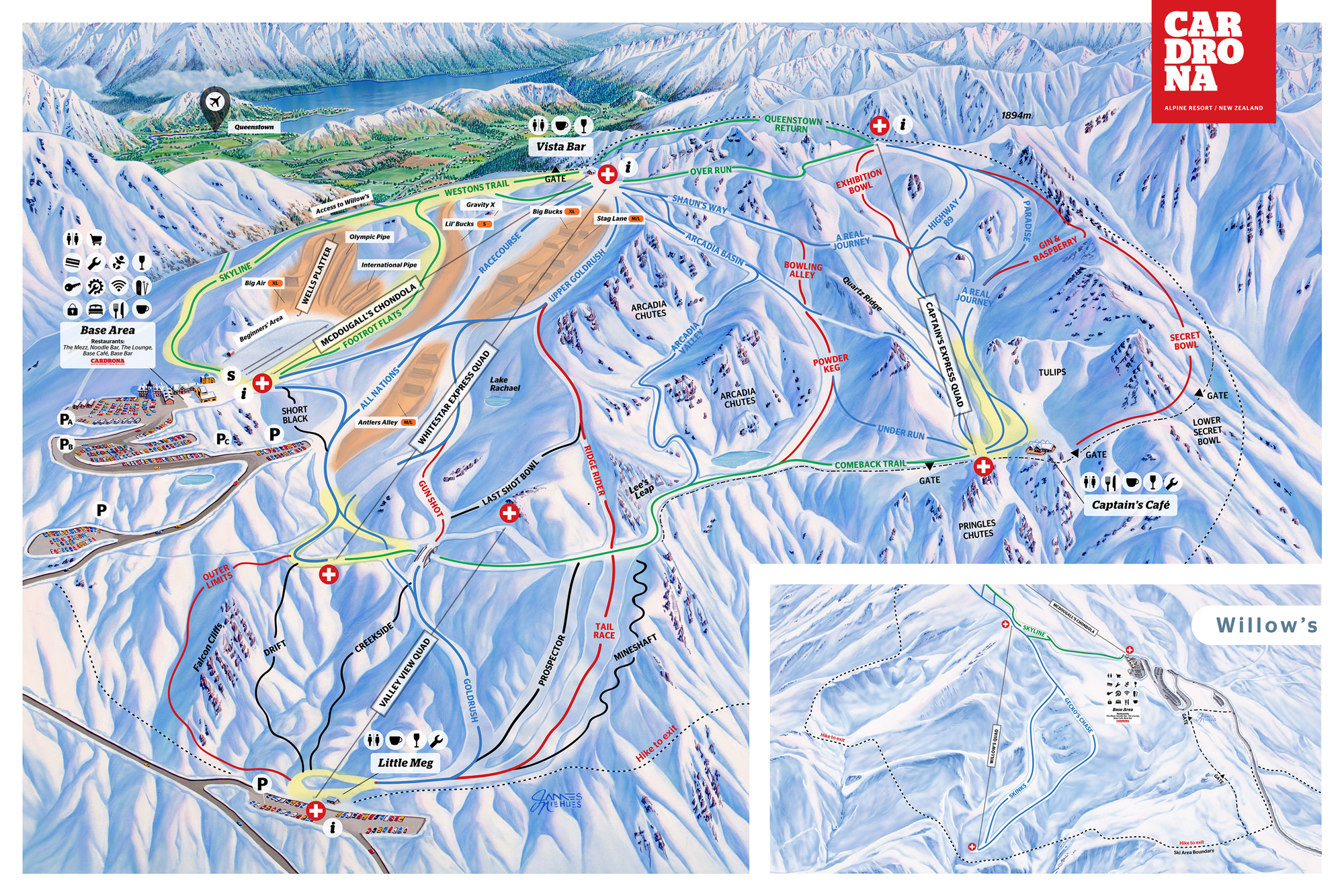