A strong jet stream and atmospheric river will impact the Northwest through Wednesday. Canada will reap huge snow totals above 4500 feet. The northern Cascades of WA, especially in the interior will see deep snow as well but on the dense side. Please support Powderchasers with a donation or join our custom concierge program to chase powder successfully (We look at winds, temps, depth, density, winds, specific locations)

Once again the temps are warm in the Northwest with snow falling at Mt. Baker this morning. Temps rose overnight with 3 inches on the telemetry this morning. Today will see moderate snowfall with near to slightly above freezing temps on the mountain. Some mixed precipitation might greet you at some point today near the bases. Less snow will fall in the central and southern Cascade ranges. The Eastern Cascades will stay colder with all snow likely especially in the northern regions. These amounts could be significant (North interior).

Below: You can see the cooler air on Monday morning in the northern Cascades quickly erode with a strong warm front associated with the Atmospheric River moving over this region from late Monday night to Tuesday night. These temps are at 4800 in Celsius.  You can see cooler air moving in by Wednesday morning at the tail end of this loop.

Temps will warm even further on Tuesday with rain at the bases of most resorts and snow levels increasing by afternoon to 5500 to as high as 7000 feet (South). Rain will be falling at nearly every resort and at mid to upper elevations. This might result in some Ski Areas closing for the day (Hunch). Not a day to ride!

The Atmospheric River weakens as it moves inland and spreads widespread snow to the Panhandle of Idaho, Western Idaho, Sawtooths, northern Montana, and eventually the Tetons by Thursday. Temps are warm for these events so it’s likely some rain will fall at lower elevations with mostly snow above 6500 feet. Aim to ride late Wednesday or Thursday in these areas with decent amounts of cream at upper elevations. Brundage, Sun Valley, Tamarack, Whitefish, JHMR, Targhee, will all see some snow from this system.

Below:  Low pressure moves over most of the northern Rockies late Wednesday to Thursday with some snowfall expected at upper elevations (Temps are warm). 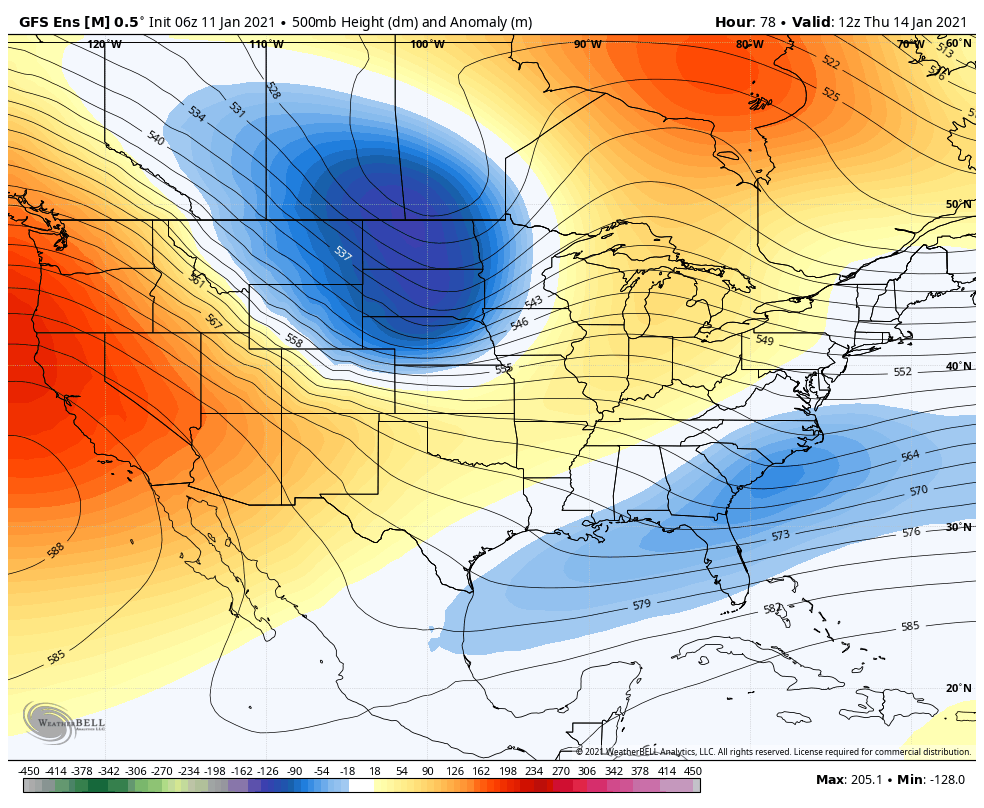 Colorado gets the decaying leftovers on Thursday with the mountains north of I-70 favored (Light snow). It’s possible that Steamboat reaps the highest rewards at the summit, but amounts are likely going to be on the light or moderate end.

A weak but colder storm is likely to impact the Rockies by Friday or Saturday. The models disagree on strength. The American GFS is landing moderate amounts (3-7) for the Tetons, Southern Montana (Big Sky), and a good portion of north/central Colorado. The Wasatch will likely be clipped or skunked. The European model is struggling to find amounts outside the 2-4 inch range. The Canadian sits in between. Bottom Line:  Snow will be falling late this week or weekend in areas of the northern Rockies, but amounts might be on the marginal side. Let’s hope the models show an increase in totals on a later run.

Below: Weak low pressure noted over the northern Rockies for the Friday or Saturday timeframe (MT, WY, UT, CO). Models are disagreeing on amounts that are likely to remain below advisory criteria. 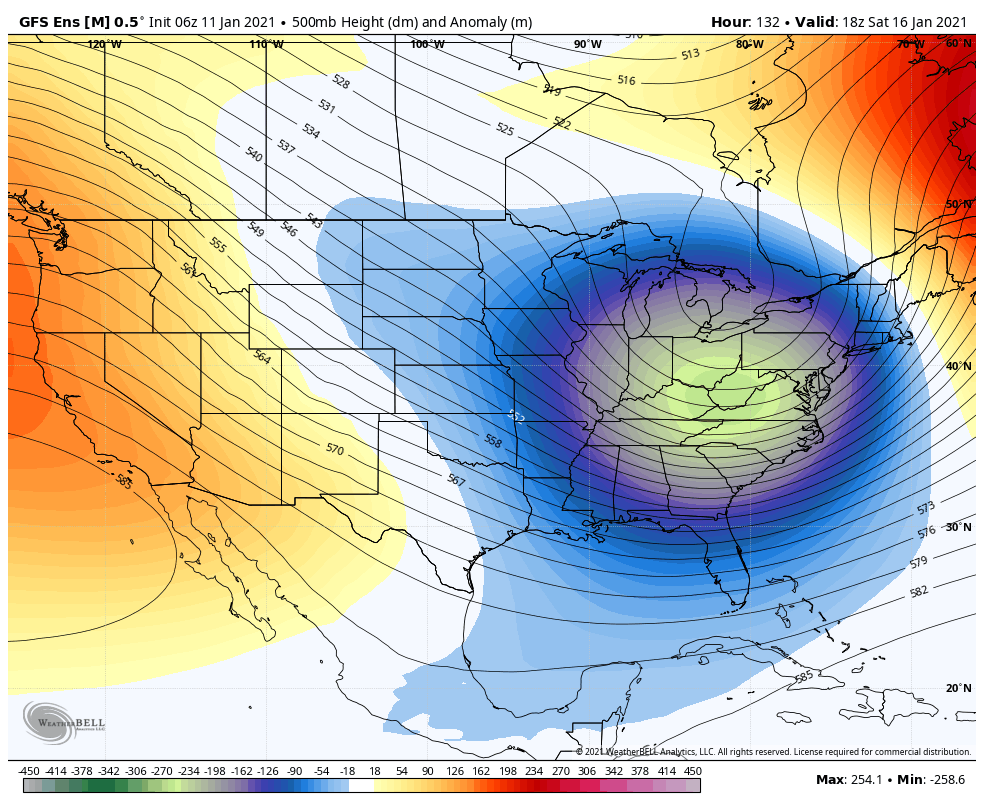 In looking further out there appears to be a wetter and cooler pattern settling into the Pacific Northwest towards the middle of next week. The ensembles are showing an increasing chance of a more stormy pattern setting up for a wide area of the west. Temps will also cool significantly in the long-range forecast for January.

Below: 500 MB Height anomalies showing low pressure moving over the west at some point towards the middle to the end of next week. 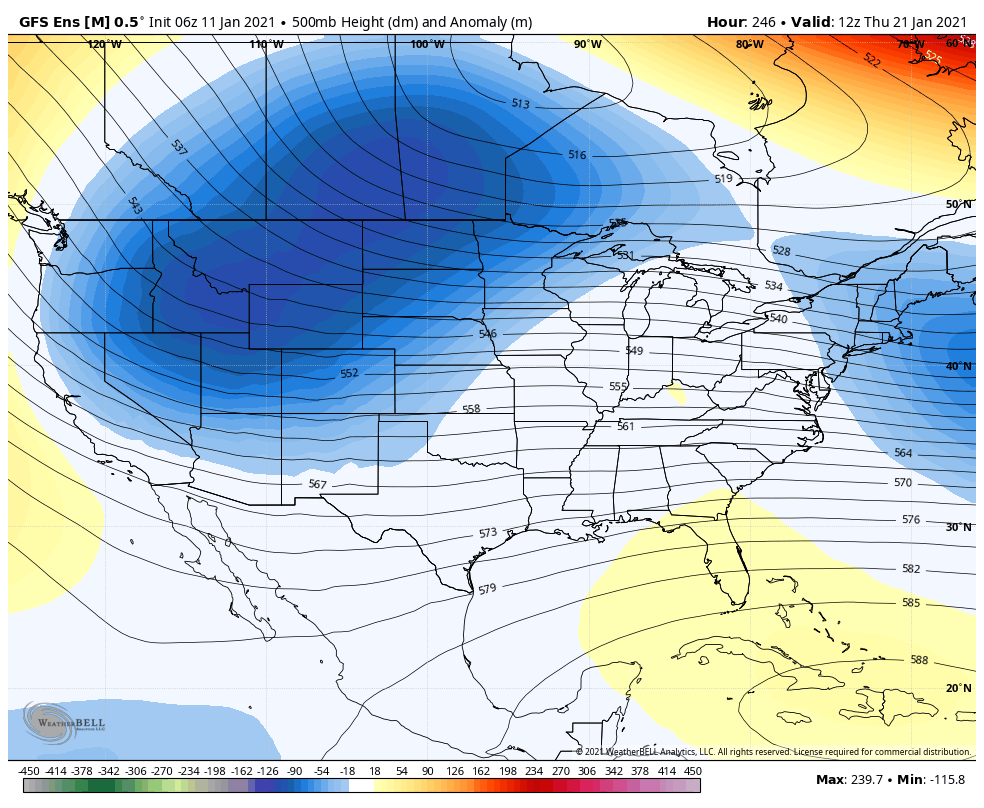 Enjoy the powder or cream cheese everyone!