Finally, the East scored big snow totals with a few on Sunday morning reporting up to 2 feet of powder. 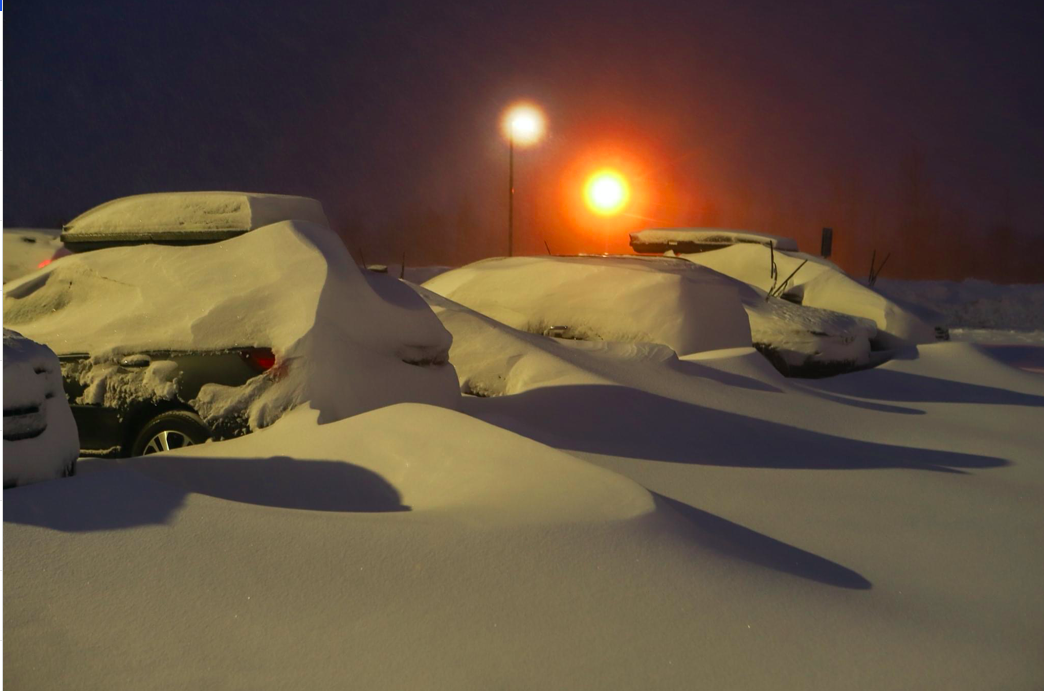 The week ahead will feature some significant snowfall for northern coastal BC and decent amounts for Whistler. The interior of BC scores moderate snowfall early next week. When looking at the models for the West there are several impulses of moisture, some fairly strong for the Northwest especially this Tuesday. Unfortunately, very warm temps will accompany this front followed by some additional snow for Wednesday and cooler temperatures. Its likely that over 1 inch of liquid precipitation falls over the Pacific Northwest through Wednesday morning. As temps cool on Wednesday, snow will continue albeit light perhaps providing some fresher layers beneath the mankier ones (I am not sure if Mank is a true term but we use it).

Below maps: Total snowfall through Tuesday afternoon in CM. Heaviest will be on the west side of BC with moderate amounts falling in the interior. Courtesy of WeatherBell 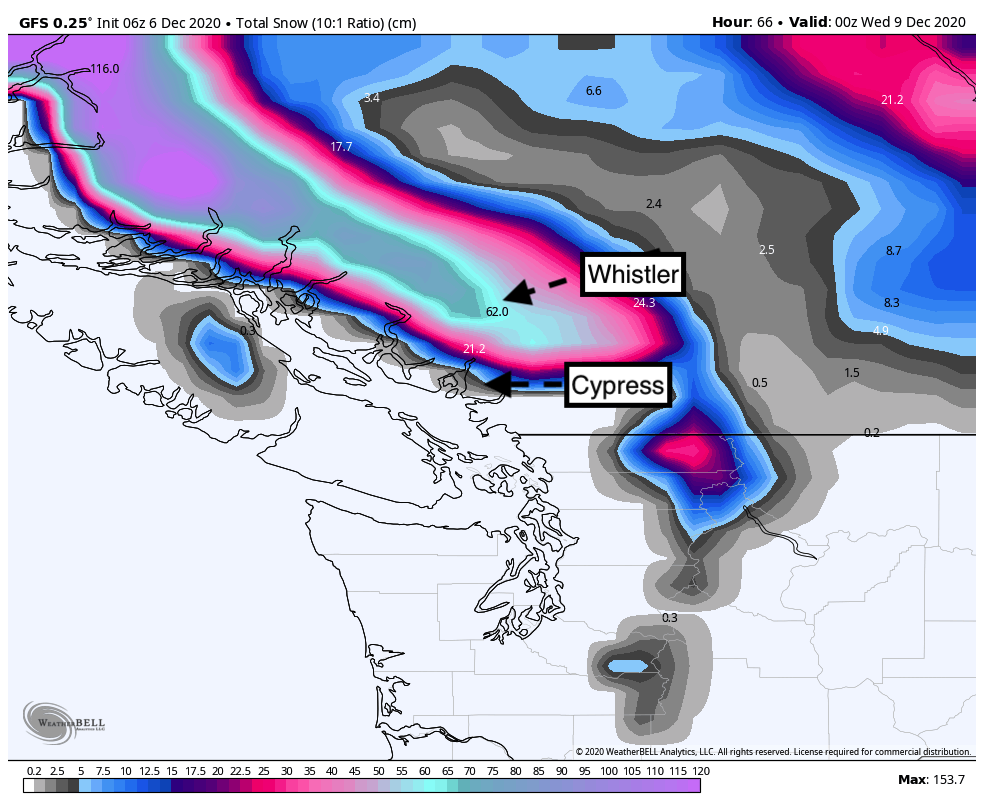 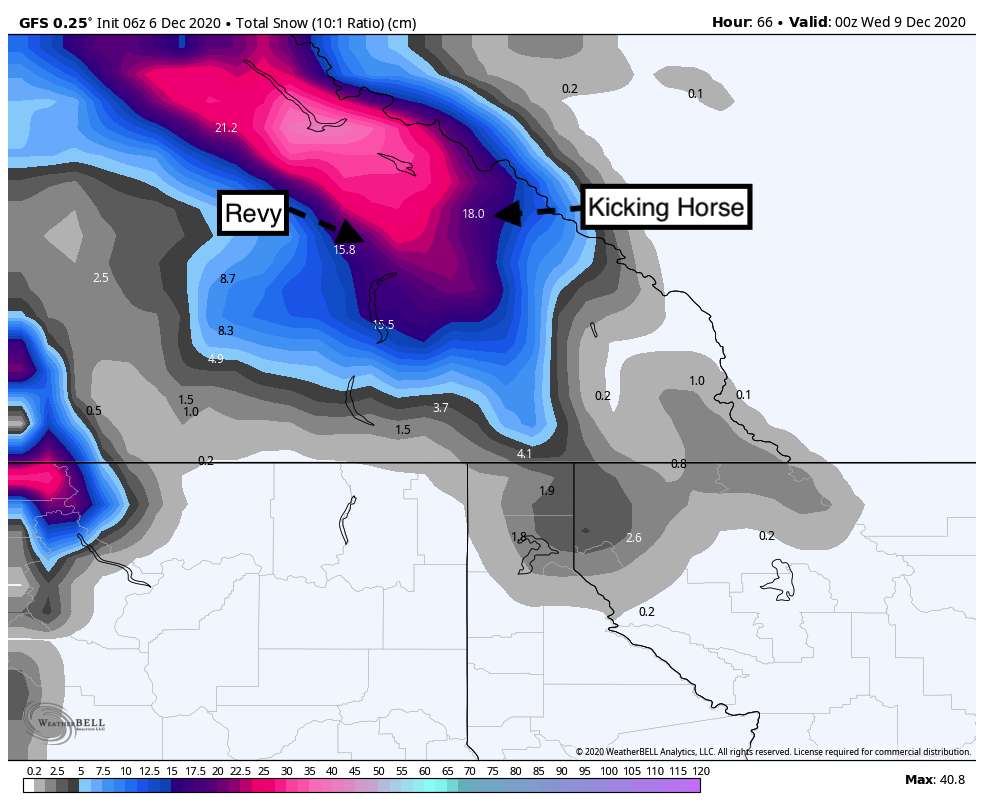 Snow redevelops over the Pacific Northwest late this week with cooler temperatures. There may be some chase opportunity with the northern regions of Washington favored for Friday. Additional heavy snowfall is likely for Sunday for the Northwest however temps warm once again so rain might be occurring at the bases. one thing that there is confidence on, is that waves of moisture continue for the Northwest with cool spells followed by moderate warming. The key to chasing powder will be to score the right amount of snow during the cool down phases. This confidence will hone in better as we get closer to the events. Timing will certainly change so its speculation at this point as to the best day to venture out. Decent amounts of moisture are certain favoring the PNW and Canada.

Elsewhere in the extended forecast a teaser storm will bring some light or moderate snow to the Wasatch late this week that will extend into the Front Range of Colorado by Friday. That system does not appear to be a healthy producer for the mountain regions of Colorado perhaps light or moderate amounts favoring the Front Range resorts. This might change since we are too far out for confidence.

Since we are all looking carefully on when the deepest powder day returns to the Rockies it’s possible a deeper system impacts the panhandle next weekend and extend into the Tetons at some point the following week (Week #2).  Montana might also be in a scoring position favoring the northern regions late this week or early next.