Colorado is known for it’s skiing and has been a popular travel destination during the winter months for decades.

According to the Denver Post, Colorado ski areas saw 13 million visitors during the 2015-2016 ski season. That number is supposed to increase this year, which has many people flocking to Colorado’s ski towns for just the season. Find out what rent prices are in some of the most popular areas.

Vail boasts the 3rd largest ski resort in the country with more than 5,200 acres of ski and snowboard area. The picturesque village is popular with locals and out-of-towners alike, making it one of the most visited ski areas. At $2,200 per month for a 2-bedroom, it is the 2nd most expensive destination on our list. 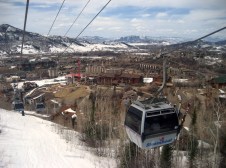 Steamboat has 2 major ski areas: Steamboat Ski Resort and Howelson Ski Area. Steamboat produces more winter Olympians than any other town in North America, which has earned it the nickname “Ski Town USA®.”

Breck is nestled in the Tenmile Range of the Rocky Mountains and is consistently one of the most visited ski resorts in the country. Just a little over 2 hours from the Denver International Airport, the resort is an easy in-and-out option for visiting skiers. The iconic ski town also made winter sports history when it became the first resort in Colorado to allow snowboarding.

Crested Butte is known as “the last great Colorado ski town” for good reason. It’s home to Crested Butte Mountain Resort, located on Mount Crested Butte, and the surrounding mountains have some of the best backcountry skiing in the state. It’s also know as “the nordic ski capital of Colorado” with miles of groomed trails and spectacular views. 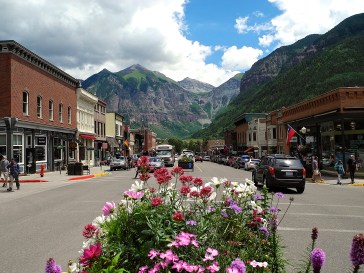 The former mining town is now known for its skiing and music festivals. Telluride Ski Resort is nestled in Colorado’s most dramatic mountain range– San Juan mountains. Visitors can stay in town or in Mountain Village, which are both connected by a gondola that is completely free of charge.

Pagosa Springs is known for its hot springs, and it’s also within 23 miles of the closest mountain. Wolf Creek Ski Area is located on the remote Wolf Creek Pass and lift tickets are less expensive than those at many of the other Colorado ski areas. There is also some excellent cross country skiing available. The average rent price is also the lowest on our list at $1,315 per month for a 2-bedroom.

Founded in 2015 by a landlord and owner of a property management company, Sarnen Steinbarth, TurboTenant is designed to give individual landlords the tools that (until now) only large management companies have had access to. Our goal is to make the rental leasing process simple and painless through easy-to-use online tools for marketing, rental applications, screening, and rent payments.