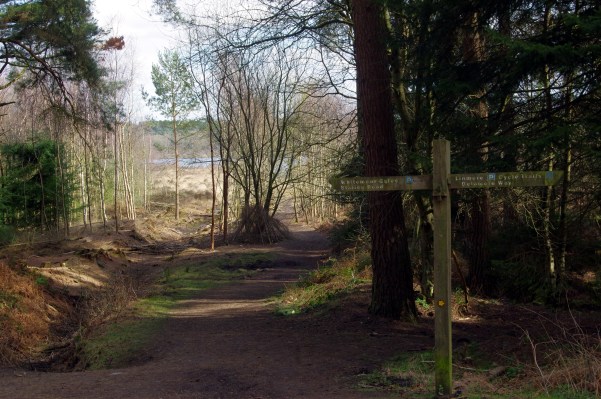 In what appears to be a sadistic medieval gesture, somebody is hoping to stop mountain bikers in Delamere Forest using one seriously evil looking booby trap reports DirtMountainBike.com.

It goes without saying that this booby trap could kill someone and is just another troubling case of MTB sabotage that has the outdoors community scratching its head in disbelief asking, “WHY?”

“The vast majority of walkers, horse riders co-exist happily and share the forest without problems. However, it seems somebody has an axe to grind and has taken matters into their own hands.” – Twelve50 Bikes

The trap itself was set below a jump on a trail known by local riders as “Old Pale.” Since its discovery, the Forestry Commision removed the trap and jump.

Just 16 years ago, a biker died in the same woods after falling into a hole that was covered with sticks, leaves, and earth. He broke his neck and was pronounced dead upon arriving at the hospital. To this day, authorities remain unsure as to whether foul play was involved.

Find the entire Dirt Mountain Bike post here: Is this the nastiest case of trail sabotage yet?