With Chris Christie, Sarah Palin, and Robert Kraft of the New England Patriots endorsing Donald Trump as their presidential candidate of choice, Vail Resorts has decided to throw their chips on the Taj Mahal craps table as well.

The shocking announcement came from a dark corner of Vail’s Broomfield HQ on Thursday where the “Supreme Leader” of Vail Resorts told Unofficial Networks that Trump’s position on key issues such as the economy, immigration, and foreign policy are all in line with Vail Resorts’ core beliefs. With his face constantly hidden in the shadows, the supreme leader said that of those core beliefs, Trumps’ hostile takeover of the GOP party stands in perfect alignment with their most recent hostile takeover of Park City.

“In business like in politics, you can’t be succesful if you’re worried about everybody’s feelings and Donald understands that,” said the reclining Vail Resorts leader, who proceeded to stroke a hairless Siamese cat while sitting in a jet-black smoking chair.

“Together We Can Do This America”- Donald Trump | Photo Credit: Jskis.com

Since the endorsement, the former Aspen skier is now claiming Vail Mountain as his favorite ski resort in the country. According to Trump, true entrepreneurs know that the heart of the ski industry is “cold and unforgiving like the lift line at the base gondola of Vail Mountain.”

Later in the day, Trump went on to tweet, “investors dividends come before any and all powder turns #MakeGroomersGreatAgain.” When asked what he meant by the tweet, the New York billionaire turned politician told Unofficial Networks that resorts such as Powder Mountain, Mt Baker, and Bridger Bowl are “communist havens.” He went on to say that these ski areas have no place in America’s ski industry. “Those resorts were created by the Chinese to suck the American ski industry dry and I will not stand by and let the Chinese run our ski slopes without paying a hefty price.”

The price you ask?

“If elected, I’ll get those commie ski areas to pay for state of the art snowmaking machines and groomers at all Vail Resorts,” to which he added, “I’ll have that mountain groomed so well– it’ll be the best skiing in the world– THE BEST” 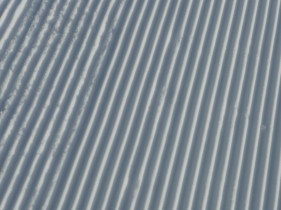 When asked about the freeskiing movement, Trump rolled his eyes and pursed his lips before giving his patented, pre rant O-face. “Skiing without any reason other than to have fun– that’s bad business– BAD!”

The Supreme Leader of Vail Resorts says if Donald wins the general election, he will allow the inaugural president to groom all of Vail Mountain in his honor. After saying this, the Supreme Leader pushed a button and disappeared in a cloud of smoke, his laugh filling one of the many long and dark hallways of Vail HQ.