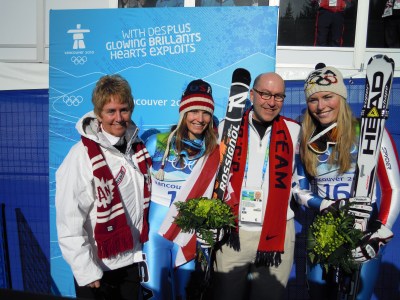 1969 AKA “the winter of love,” was the last time @SquawValley hosted a World Cup ski race. However, Olympic competition could possibly be returning to Olympic Valley as early as next year. In a recent USSA decision, Squaw’s name has just been thrown into the ring of possible venues to host Slalom and Giant Slalom events during the 2017 world cup season season.

“Part of growing up in Squaw Valley is its legacy of developing world class athletes and playing host to world class events like the 1960 Olympics. America has always had great ski champions, but they are often overshadowed by the vast number of European venues. Bringing the World Cup to Squaw Valley will build more awareness of the World Cup tour in the America. As an Olympian, I appreciate that Squaw Valley Alpine Meadows has been so proactive about supporting our athletes and the U.S. Ski Team.”– Julia Mancuso, Squaw Valley Local and Olympic Gold Medalist

While USSA President and CEO Tiger Shaw is excited about the possibility of hosting American stars such as Lindsey Vonn, Mikaela Shiffrin, and Julia Mancuso on home turf, he is even more excited about the ability to inspire future olympians. In an interview with the USSA, Shaw told one reporter, “the kids who will be exposed to these world class stars are the future generation of Olympic champions.” 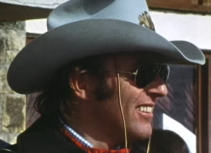 The man, the myth, the legend– Billy Kidd

That said, those young ski racing fans will have to wait till June before they know if Squaw has been chosen or not. However, the case for Squaw is growing strong as the FIS examines Squaw’s venue viability. Along with a prolific history of ski racing in the region, the event’s proximity to the world championships being held in Aspen next year makes the stop logistically logical. Also the venue, which would be held on “Red Dog,” provides a world class spectator experience.

“Squaw Valley represents another opportunity for us to highlight ski racing to our American audience on the eve of the World Cup Finals here in the USA. Squaw Valley has always been a strong partner and has a rich history in alpine ski racing. The kids who will be exposed to these world class stars are the future generation of Olympic champions.”Tiger Shaw, USSA President and CEO