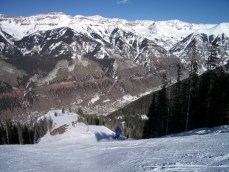 It’s been a tragic month of March @Telluride, as the second skier in 10 days has passed away after colliding with a tree reports WCVB.

The victim has been identified as 69 year-old, George A. Nolan of Greenwood, South Carolina. Nolan, who was skiing with his daughter in-law at the time, lost his skis and slid head first into a stand of trees.

He was wearing a helmet at the time of the accident.

Rescue personnel arrived on the scene shortly after, where they attempted to revive Nolan. Those attempts proved unsuccessful and he was later pronounced dead.