Gabriel B. Owens says that he slammed into a trail sign and became paralyzed from the waist down while mountain biking at Mt. Hood Skibowl in July of 2016. He’s been awarded $10.5 million in the lawsuit.

Owens’ lawyer claims that Skibowl should have installed collapsible trail markers to indicate the rut that caused Owens to crash.

Check out the full story from KGW8 below:

Mt. Hood Skibowl released a statement describing why they’re banning mountain biking for the remainder of this summer.

They do not indicate if mountain biking will return to the resort in future years, but it seems unlikely. Check out the full statement below:

“In light of a recent unprecedented plaintiff verdict in a mountain biking lawsuit against Mt. Hood Skibowl, we have made the difficult decision to suspend all mountain bike operations for the summer of 2022. After 32 years without a serious mountain bike claim of any kind, the winds have shifted. Our industry has focused heavily on user education and operational best practices, while working hard toward mitigating risk where possible. Eliminating all risks with recreational activities—especially in downhill mountain biking through forests at high speed— is something that is just not possible.

Oregon ski area operators and other recreational outfitters are facing the enormously impactful challenge – recreational liability for activities that are inherently risky. Oregon has seen some significant lawsuits in recent years (now most recently hitting home at Mt. Hood Skibowl) with outcomes that make operating a small, recreational business in the state exceedingly challenging. Liability releases in Oregon currently offer recreation providers with practically little to no protection, and they are less effective as they are in neighboring states and others across the country, which allow for the use of liability waivers in recreational contexts.

Given the current legal landscape in Oregon, the future of Mountain Biking at Mt. Hood Skibowl remains uncertain while we work through the judicial process with hopes to find more effective ways of protection for offering these popular—albeit inherently risky—recreational activities.” 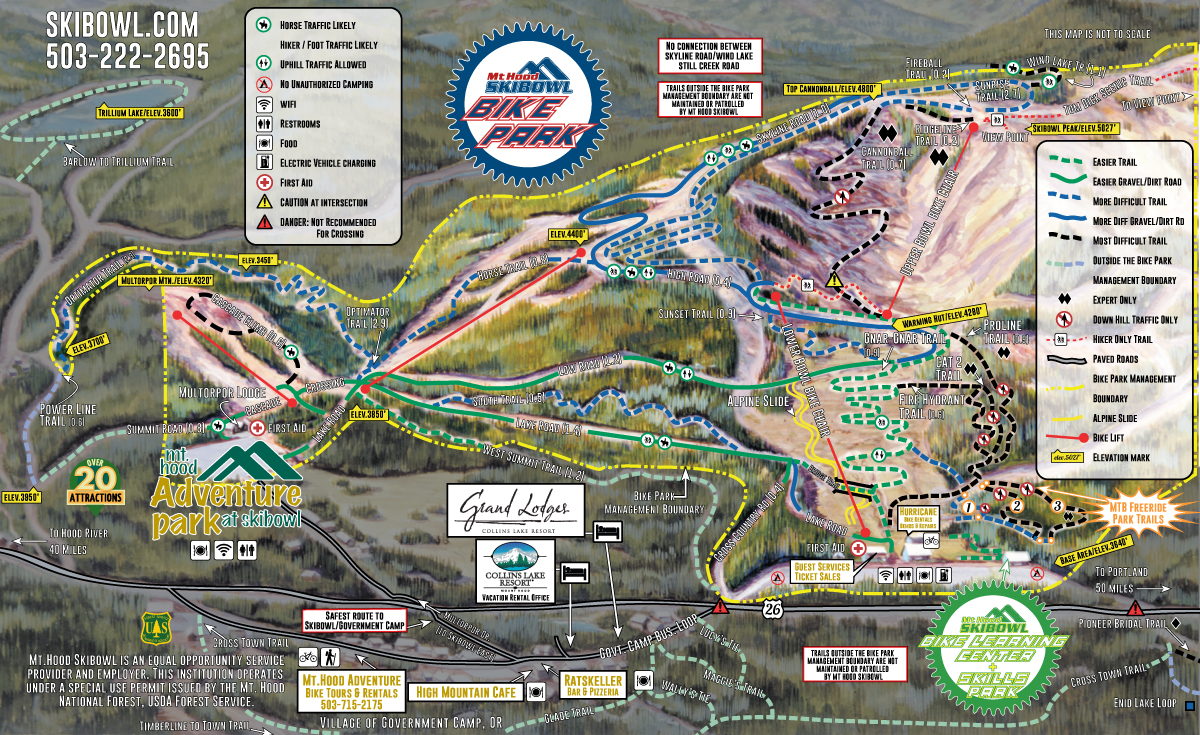 Participating in sports like skiing, snowboarding, and mountain biking come with inherent risks.

Sure, there’s been plenty of times that resorts have been negligent in marking hazards, but a case like this could set a precedent for other resorts to cease mountain biking operations.