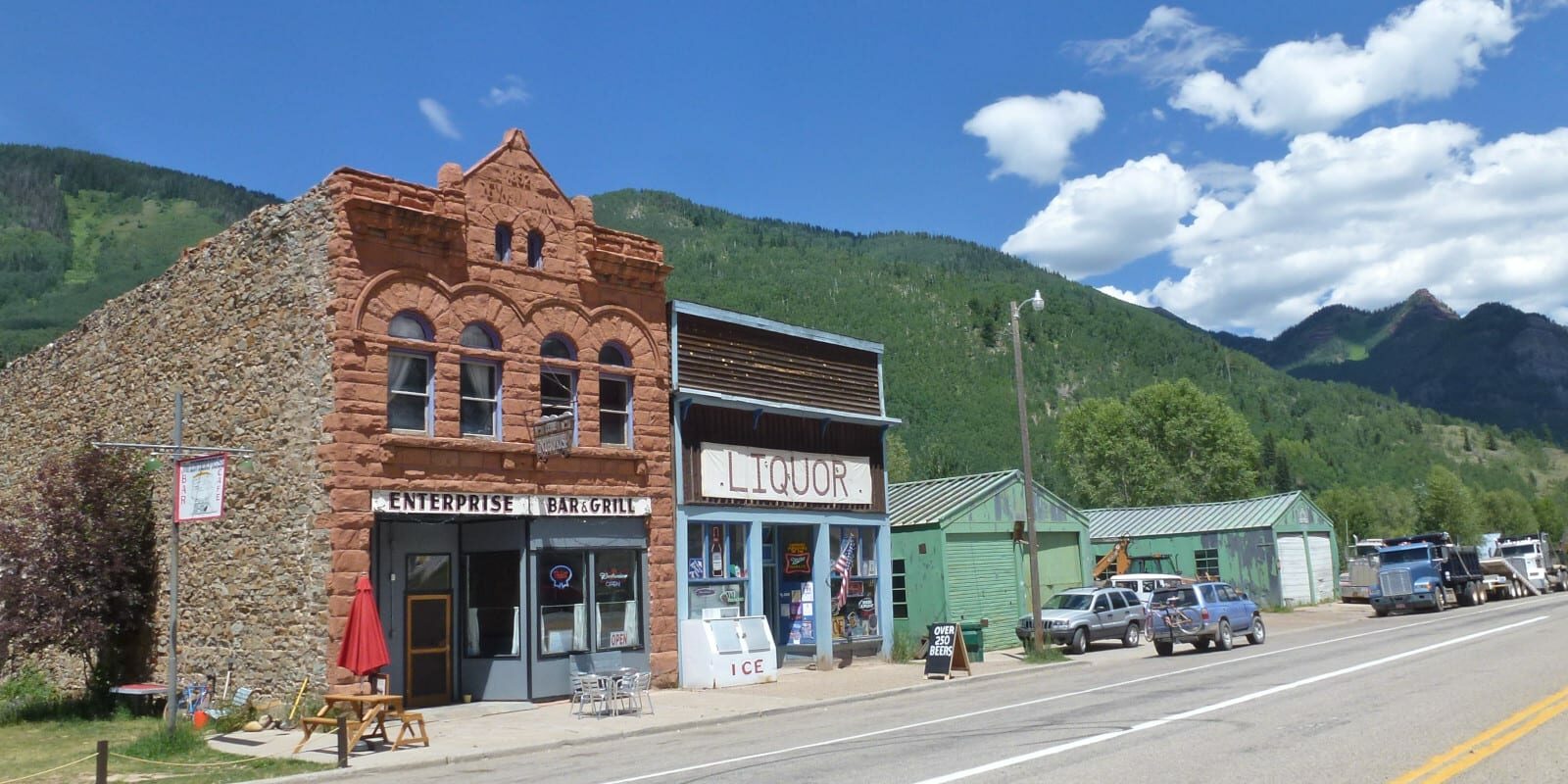 Will thousands of acres of land in the town of Rico, Colorado go to a land conservancy or a company that wants to develop it into a hot springs destination? The Denver Post reports the area is grappling with this question. Last Wednesday, Telluride Properties put 1156 acres in the town of Rico for sale at the price point of $10 million. Surrounded by the San Juan Mountains, the town has stayed mostly quiet since its mining boom in the 1800s, with only a couple hundred people currently living there. While zoning for the land has been approved, the new buyer would have to deal “with flood plain and wetland issues on the riverfront land proposed for the hot springs resort and securing adequate water supply and infrastructure for the homes. Residents would also need to be convinced to set aside rules designed to preserve Rico’s status as a mountain hamlet, ones designed to limit its ability to convert into a tourist resort.”Another potential issue is that the Atlantic Richfield Co. has mining claims for 1000 acres, and has the right of first refusal if environmental issues ensue.

The big potential for the town is due to it being above Rico Dome’s geothermal reservoir. The Colorado School of Mines studied the Rico Dome’s geothermal reservoir and found that it would be qualified to create a hot springs resort comparable to Glenwood Springs. This could bring multiple hot spring pools into the town, as well as a luxury hotel. Hot springs also can lead to the development of greenhouses for growing food. Along with the hospitality aspects of a project like this, up to three hundred and four homes and condos could be built.

Skiing is also nearby, as it’s only a thirty-minute drive away from Telluride. Backcountry options exist in the area as well, and a snowcat was recently purchased by the town. The flyer also mentioned that there have been discussions to build a chairlift to the top of Dolores Mountain. A ski resort was once proposed in the town due to the surrounding steep mountains but never materialized into anything. Other outdoor activities include mountain biking trails through the Rico Trails Alliance, flyfishing at the Dolores River, and hiking on the Colorado Trail and in the Lizard Head Wilderness.

With water becoming an increasing issue around the Southwest, and house prices soaring in Rico and the surrounding towns, many prefer to see a different route. The Montezuma Land Conservancy wants to purchase the land to put it under a conservation easement, meaning no development would occur. Opponents against this conservation plan say no lots for housing would be available, although the town points out further lots would still be for sale to create housing. If it does become a hot springs destination, I hope that the new developer puts some affordable housing in there too. You can view the listing here. 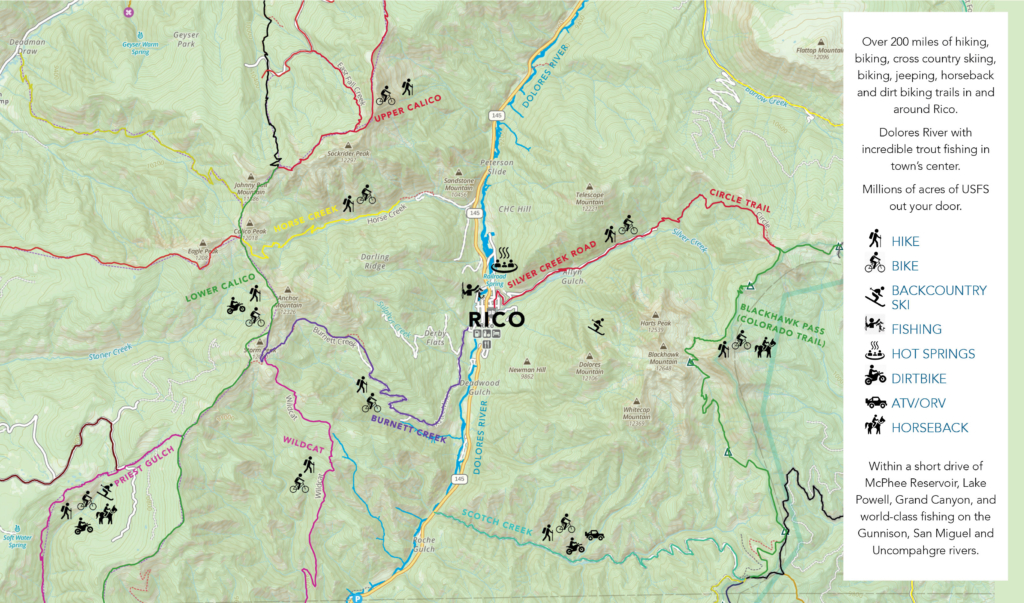 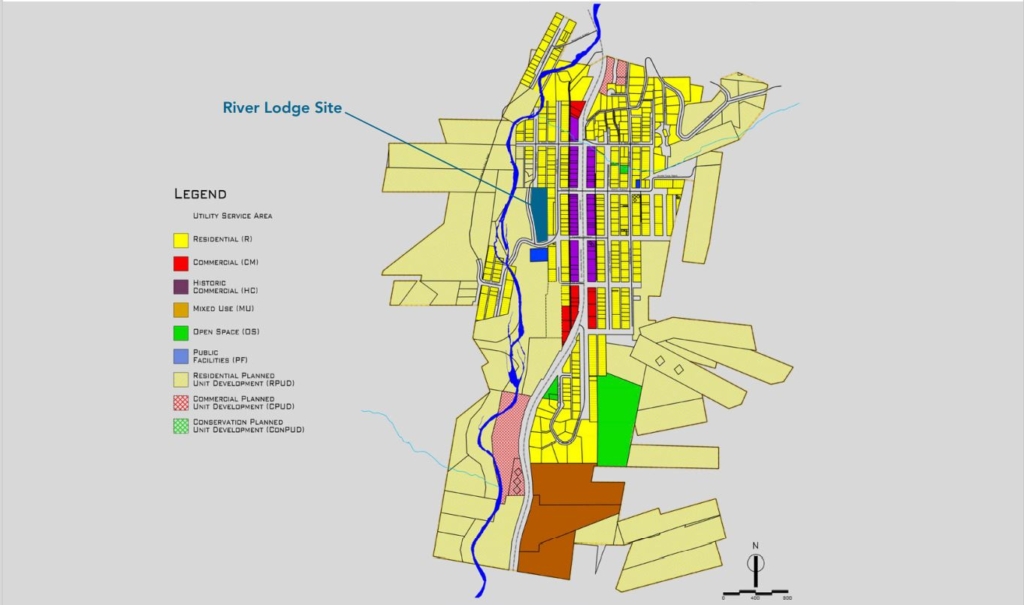