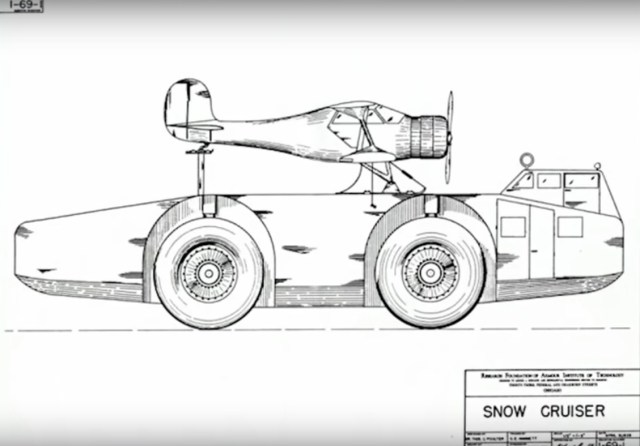 “What happened to the Antarctic Snow Cruiser? In 1939 a fifty-five feet long, twenty feet wide monster, weighing 37 tonnes and designed to have a range of over 8000 miles arrived on Antarctica. Built in the late 1930s for Richard E. Byrd’s Third Antarctic Expedition, it was one of the most incredible ventures in engineering history, not just in its size and scale but also her failure as an exploratory vehicle and subsequent disappearance.”

If you put the Snow Cruiser next to a conventional snowcat, it would look like a tractor trailer next to passenger van.  This thing was large and in charge in the mind’s eye of its creators but once it hit the field the story was a bit different. A fascinating story of an old school man vs nature that you’ve probably never heard:

IF YOU LIKE WHAT YOU JUST WATCHED AND WANT TO GO DEEP HERE’S A SWEET LIST OF REFERENCES YOU CAN GET INTO:

An Atlantic article with great photos of the cruiser GO HERE

Interview with someone who saw it in person GO HERE