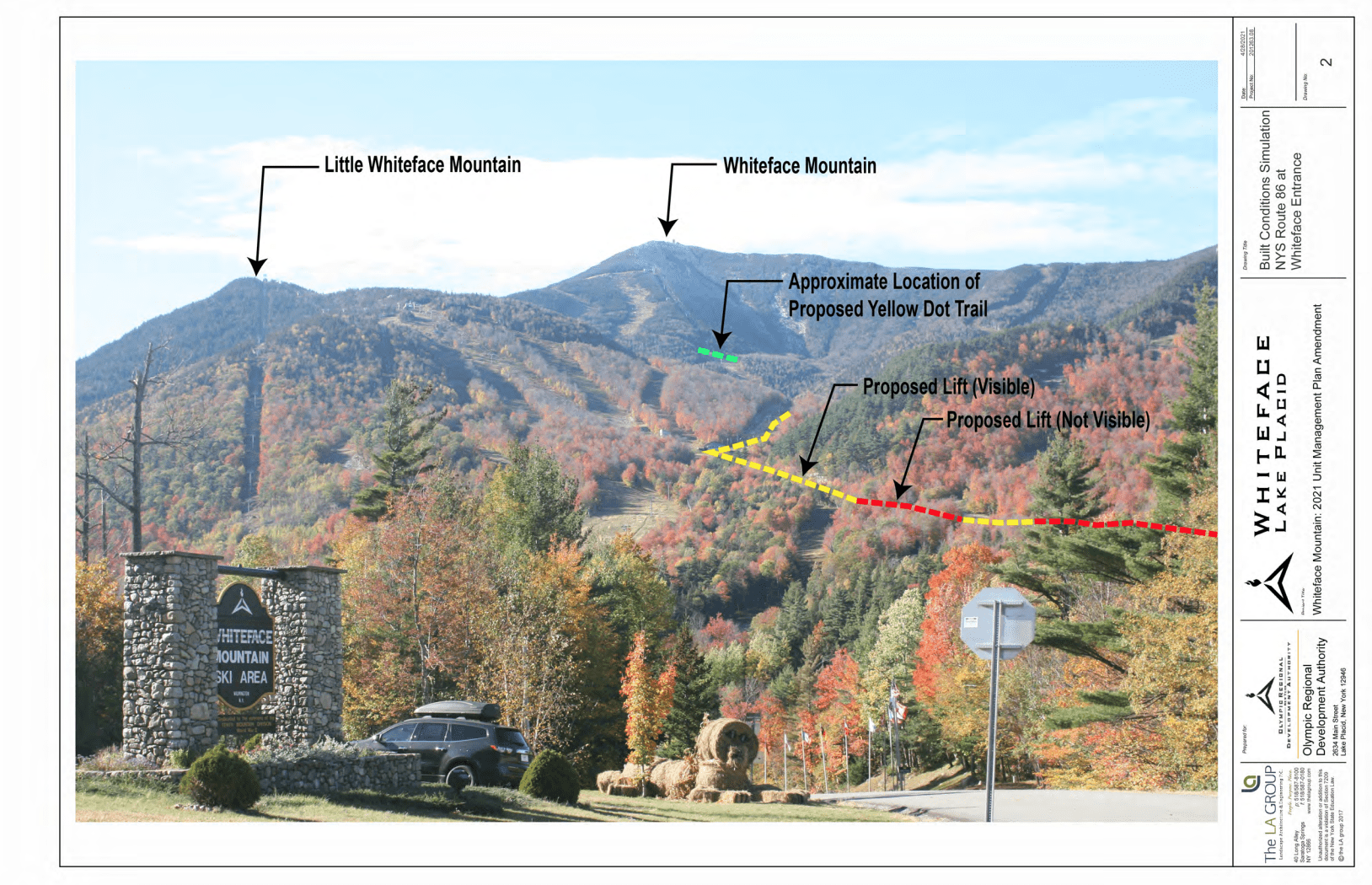 It’s been challenging to keep up with all the changes Whiteface Mountain in Lake Placid, New York has been doing lately. The whole list is here, but some of the improvements include new lifts, a renovation of the Cloudsplitter Gondola, a new mid-mountain lodge (Legacy Lodge), snowmaking enhancements, and more. But with this year’s proposed plans, they are trying to even top those impressive changes.

According to the Adirondack Explorer, the big change to winter operations will be a new lift that will be placed between the Bears Den Lodge and the top of the new Legacy Lodge. Whiteface is hoping to start construction on the new lift next summer. Other portions of the winter plans include new trails (named Yellow Dot and High Country) and widening of various current ski runs(Upper Thruway, Upper Parkway, Lower Thruway, Burtons Trail, Wildway, 2220 Road, Danny’s Bridge, and Brookside). These moves are to prepare for the 2023 World University Games at the resort.

One roadblock to these plans is a court decision in the state of New York in May that blocked the cutting of some snowmobile trails in a state forest preserve. The group that won that case is pondering a challenge to Whitefaces plans over concerns about tree and habitat loss. You can view the proposed amendment here. 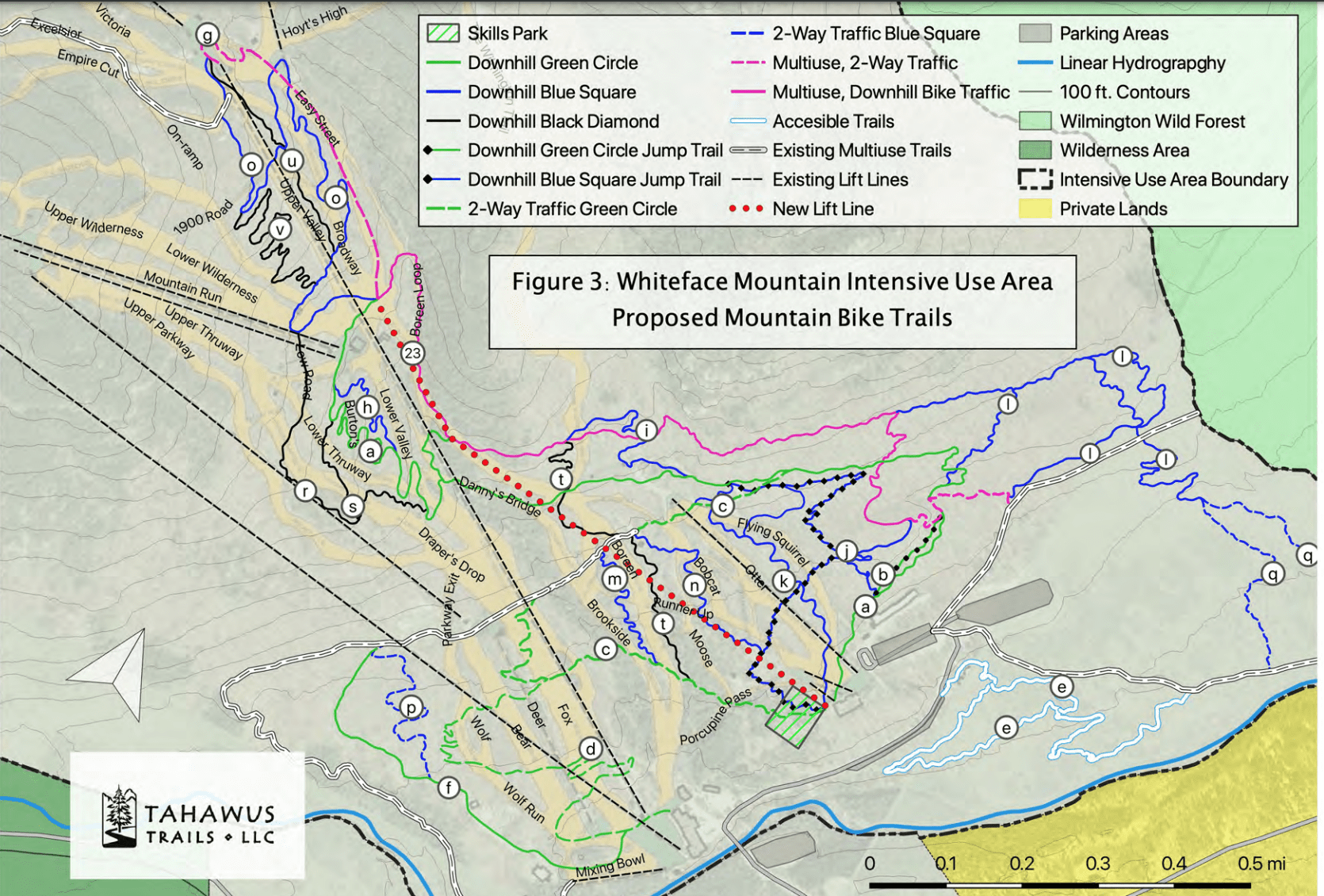 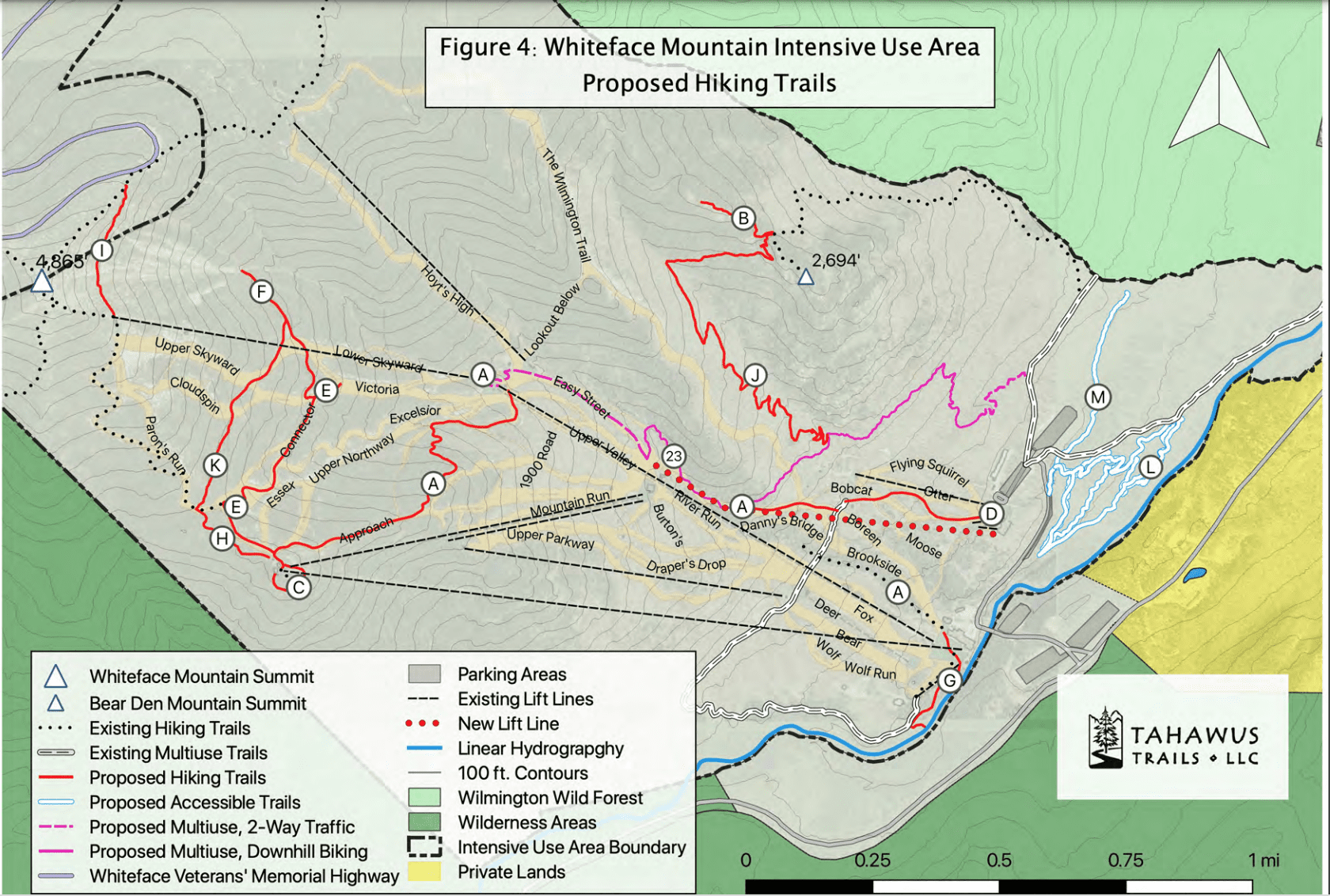