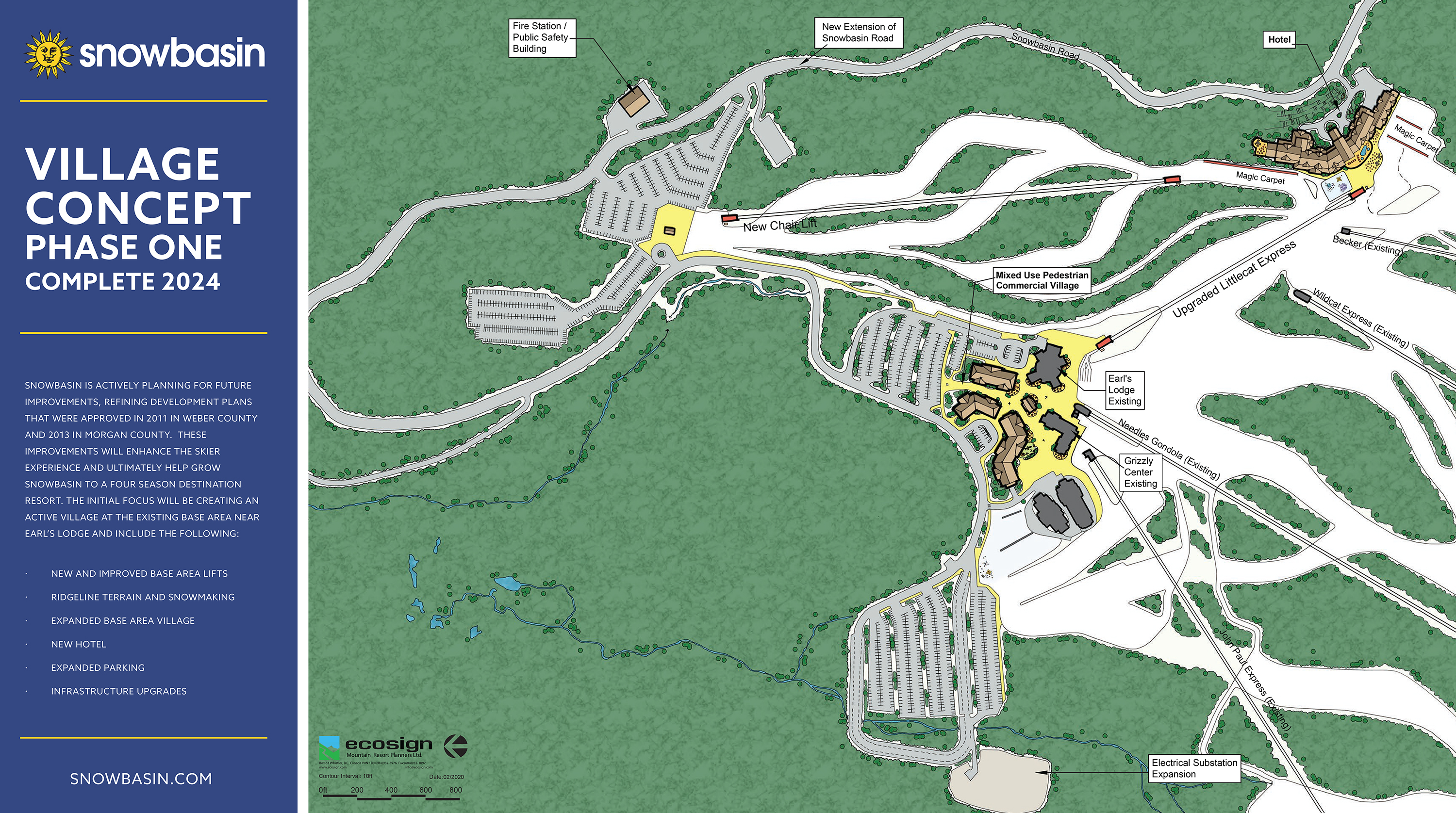 Snowbasin Resort in Huntsville, Utah dropped a monumental development plan on Thursday. This once quiet, and under-the-radar ski resort, announced a massive ski village construction that will begin shortly. The improvements for this season include the replacement of the Middle Bowl triple with a high-speed six-pack chairlift and a parking expansion. The eyebrow-raising portion of the plan includes a massive development of their present base area into a giant village and the addition of a large hotel. One of the bombshells of the plan is a three hundred room all-inclusive hotel by Club Med, which is opening its first North American ski property in Québec this winter. Other plans in the first phase include a new base for beginners with a chairlift and numerous magic carpets, a replacement of the LittleCat Express for a mixed-used lift(likely a chairlift and gondola), and a large base village that is expected to start construction by 2025.

These started with a lift & parking expansion for the 2021-22 season; & ultimately feature overnight accommodations including a hotel & base area village.

For me, I’m honestly pretty chill with a hotel or two. There isn’t much lodging on the way up, and you have to stay in Ogden if you want to be close, which is more than a thirty-minute drive up. Powder Mountain has added to its slope side lodging lately, as have many other Utah ski resorts. Building up the beginner area is a good move as well, as it’s fairly small compared to other major mountains. But then I saw that final map of the completed village,  I thought it was complete overkill in terms of all the buildings that will be constructed. I think another bummer for the long-term plan is the complete removal of the Earls parking lots, which provides walk-up access to the mountain. It’s got to be a tough pill to swallow for locals to see this once quiet ski area become a mega-resort. But Snowbasin will likely be one of the main hosts of Salt Lake’s next Winter Olympics, and they want to have the infrastructure to accommodate the crowds. You can view more details about the project here. 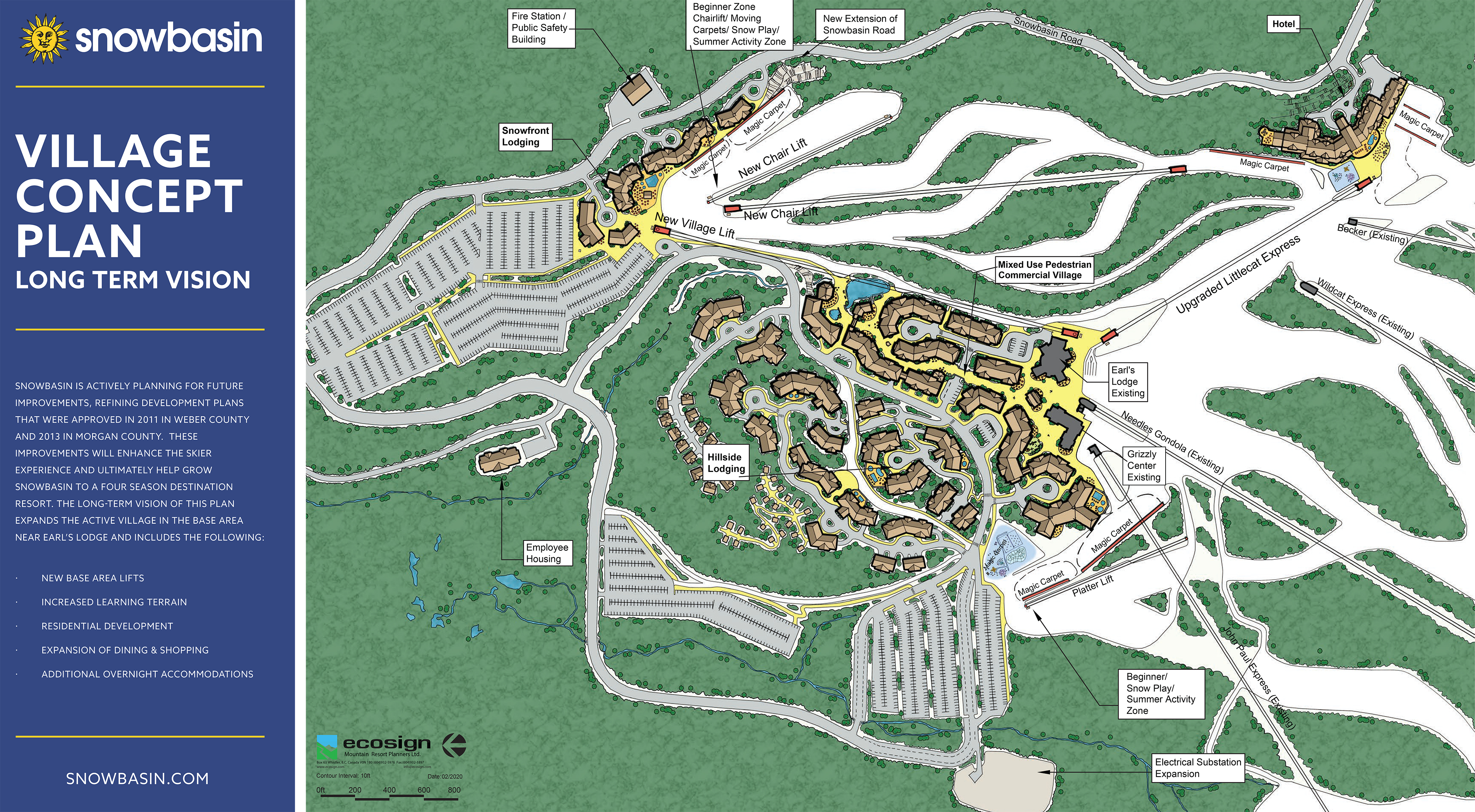