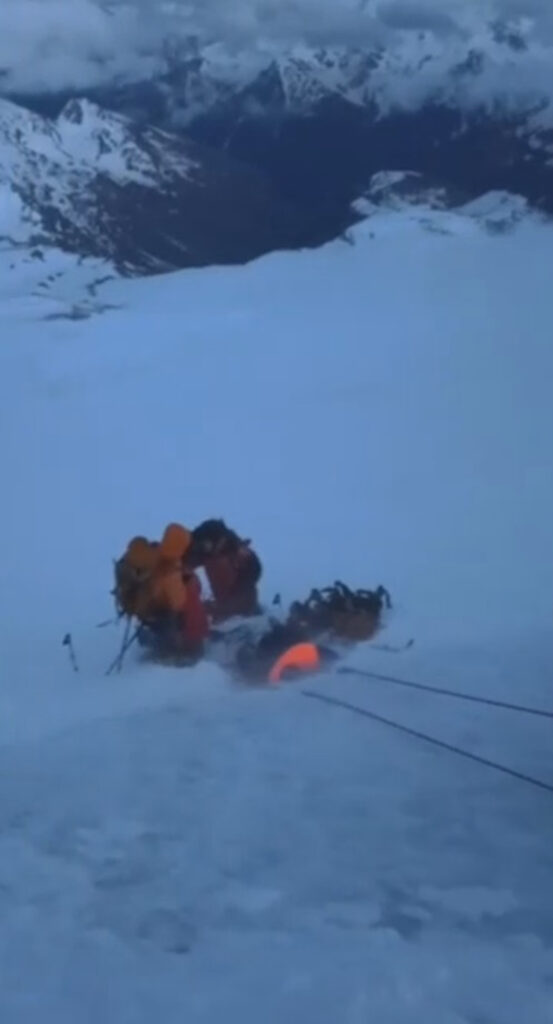 The climber had lost his way from the group in the blizzard conditions and fell deep into a crevasse at 16,076′.

Skip ahead to the 1-minute mark to get right to the action.

“One more life saved by the rescuers of the Elbrus VPSO EMERCOM of Russia. During the descent from Elbrus, 2 climbers lost their way and one of them fell into a crack in the glacier. Rescuers in the amount of 7 people moved to the place. The prospecting work was complicated by bad weather conditions. The victim was taken out of the crack and lowered to the Azau glade where he was handed over to the ambulance workers with various injuries.”

The climber was okay and only suffered minor bruises despite the fall.

Absolutely crazy that he walked away from this incident with only minor injuries… He could have easily broken some bones, or worse!