Hmm… the plot thickens. Another metal monolith was spotted in Romania, and then it suddenly disappeared. Further supporting my argument that this could be some kind of marketing stunt…

According to reports, the Romanian monolith was first spotted on Batca Doamnei Hill near Petrodava on November, 26th.

The approximate location of the monolith

You can tell from the video that this monolith appears similar to the one found in Utah, but has unique markings.

Also, photo evidence of the men who removed The Utah Monolith was posted in The New York Times this morning.

All I can say is, I’m tired of the word monolith. 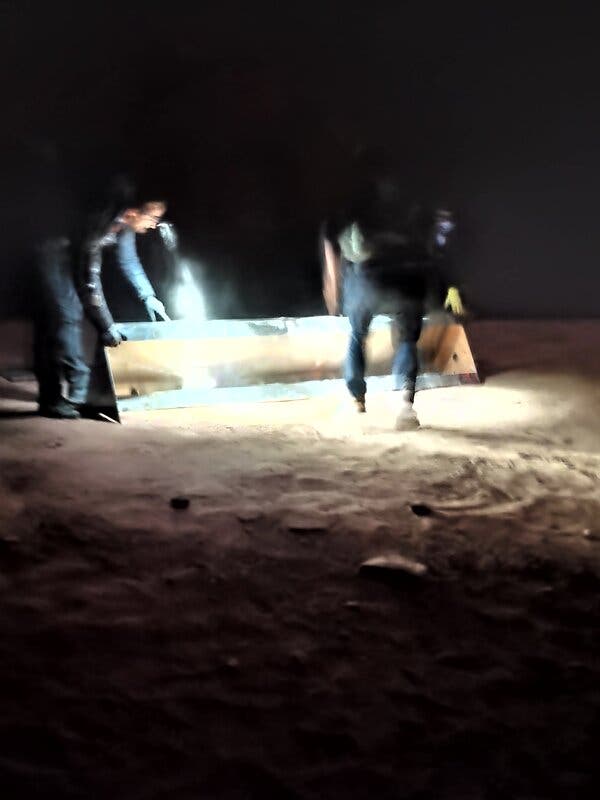 Photo taken by Michael James Newlands, published in the NYT.

I mean seriously. Have you ever seen that word written or spoken more times in your life?

I’ll say it again- somebody is either pulling off the most effective PR stunt in history, or an artist is making his/her mark on pop culture.

Either way, it’s kind of entertaining to see the internet freak out over it.