As the winter winds down in the northern hemisphere, hardcore skiers and snowboarders are looking down the barrel of a long, snowless summer but it doesn’t have to go down like that.

Related: 10 Photos That Capture The Essence Of Portillo, Chile

If fulfilling that dream of skiing in South America is getting harder and harder to shake off, there are a few worthwhile options to consider. However, not all southern hemisphere ski areas are created equally and some require awkward overnight connections in places like Lima, Peru, overnight busses, and an inordinate amount of unforeseen costs. but not Ski Portillo…

Portillo is upfront, easy, and cost-effective– not to mention the central Chilean ski area boasts some of the most spectacular terrain in the entire world. Pile on ski history, one amazing hotel, and a vibe like no other and you have skiing’s “Field Of Dreams.” 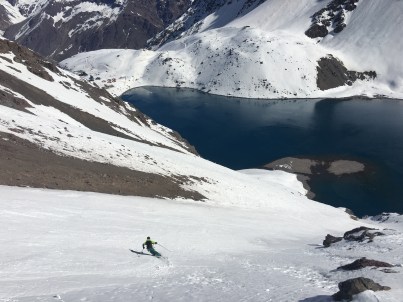 *Here’s how to ski bum it at one of South America’s most prestigious ski areas.

As far as skiing in Southern Hemisphere goes, there’s not a ski area that has easier access to world-class big mountain terrain. The easiest way to access the central Chilean ski area is to fly to Santiago, book a van through the hotel, and head on up to the resort for a week’s worth of skiing South American ramps and drinking Pisco Sour‘s.

“Portillo is like staying on a cruise ship, but in the middle of these huge mountains. You are at the end of the world and all you have to do is just walk out the door and you are skiing.” – Ted Ligety

If you’re lucky enough to have an end of winter bonus check lying around, book a direct, non-stop flight through one of the below cities. Once in Santiago, skiers can book a van though Ski Portillo directly to the hotel via a 2 hour ride up one of the wildest roads in South America.

*Beware of the flood of con-men drivers at the Santiago airport. Only ride with the person who has your specific booking on hand and always call ahead to book the shuttle 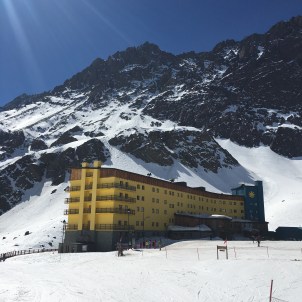 There are only 4 options when it comes to lodging at Ski Portillo and The Inca Lodge is a ski bumming classic. The classic bunkbed-style lodge is an affordable option and grants you access to all the amenities of Hotel Portillo– albeit without the dining room option. Instead, eat in cafeteria, bring beers from Los Andes, and settle in for a week of skiing, empanadas, and DISCO!

Other options include The Octagon, Hotel Portillo, or if you’re feeling spendy– the Chalet’s alongside the Laguna del Inca are a bachelor(ette) party’s dream.

The view from Chalet B-1 | Photo Credit: Ski Portillo

From the Super C to Lake Runs and everything in between there are a plethora of skiing options in and around Ski Portillo’s boundary. Depending on the snowpack and if the lake is frozen, ski touring and backcountry options are virtually endless. But that doesn’t mean the inbounds should be neglected. 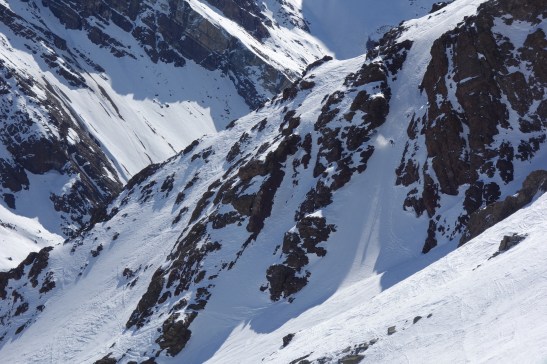 In the morning start on the western end of the lake (sunny side) and take the Roca Jack to the top. Warm up on Primavera before heading to the high traverse that accesses classics such as Toilet Bowl and Estadio– just to name a few.

“Portillo is a small mountain that skis huge”– Chris Davenport

From Tio Bob’s head to Lake Run, where huge chutes spill onto one of the most beautiful alpine lakes in the world. From there, sidestep back to the lift and end the day with Garganta or Vizchachas.

The backcountry around Portillo is some of the best in South America and the Super C is simply the Chilean crown jewel. While there is not technically an “open gate” policy at Portillo, ski patrol simply asks you stop in and talk to them before heading out of the gates.

Unlike many ski resorts in the states, the ski patrol at Portillo don’t say “no” just to say no. Instead, they’ll let you know if the conditions are right for an adventure. So stop in, say “hola,” and keep your ears open to some of the nicest and most knowledgeable patrollers you’ll ever have the pleasure of meeting.

Perhaps nobody does après as well as Portillo and that’s saying a lot. There seems to be only one real option here– hit up the most beautiful pool in the world and commence beer drinking. Sooner or later, you’ll end up at Chilean dinner somewhere around 9pm before sending it into the evening.

While the nightlife options aren’t as plentiful as somewhere like Bariloche, Portillo definitely gets rowdy. From the local’s joint, La Posada to the Hotel Portillo bar and late night disco, the three watering holes are just a stone’s throw from the ski hill. We recommend starting at the Hotel Bar before heading to the Disco and ultimately finishing the night with Piscolas at La Posada. Stumbling back to your bedroom with a beautiful Brazilian tourist and the night is complete.

“The relaxed and fun atmosphere is what makes Portillo special for me. You get to meet so many fun people from all over the world, and everybody is there to simply have a great time.” – Marcus Caston

Just make sure you wake up in time for breakfast, where you’ll inevitably see that same Brazilian bombshell giggling with her friends while you slam down delicious coffee and huevos revueltos… I guess it’s time to book our flights and go skiing. CLICK.