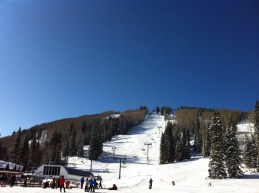 A southwest Colorado ski area that has seen upwards of 20 feet of snow will extend its season until April 30th according to a recent release.

Related: NOAA Just Released Their 2017 Spring Outlook | Who Will Get The Most Snow?

Purgatory Resort officials made the announcement via their Facebook Page on Sunday, saying they will stay open on weekdays until April 4th at which point they’ll keep the lifts running on weekends only until April 30th– weather permitting.

Operational hours will also “spring forward” with first chair spinning at 10am and last chair going at 5pm. As of today, Purgatory has seen a season snowfall total of 240″ and 99% of the terrain is open to the skiing public.