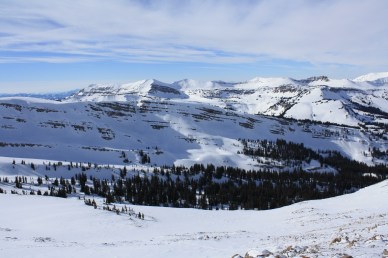 A trio of skiers just spent a cold Christmas-eve night on the mountain after losing their way beyond the boundary @JacksonHole.

According to Local News 8, Drew McCord of Houston, Kevin Livingston of Afton, Wyoming, and Patrick Callihan of Jackson, Wyoming meant to ski the popular backcountry area south of Jackson Hole Mountain Resort known as Rock Springs when they got horribly lost. The three ended up in the remote, upper reaches of Granite Canyon, a route that is rarely traveled during the mid-winter months.

One of the men ultimately texted his girlfriend in the later hours of the day, telling her they were in need of help. SAR personnel were able to reach the men via phone at roughly 10pm MST. The three men were able to build a fire and construct a snow cave and held tight until they were brought back to Teton Village at 1:15pm on Sunday. The group all had avalanche safety equipment but were lacking sufficient food, water, and other emergency equipment.