Mountain Biker In England Is Suing His Instructor For $4.9 Million

Mountain Biker In England Is Suing His Instructor For $4.9 Million 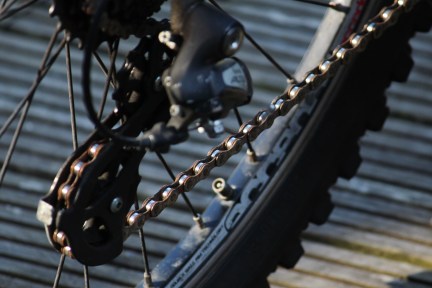 A $93 dollar lesson may cost one very scared and scarred bike instructor  $4.9 million dollars (£4 million) after his client was left in a wheelchair due to a mountain bike accident near Surrey Hills.

According to The Telegraph, Asif Ahmed is suing his mountain biking instructor, Leon MacLean for damages after he fell and struck his head on a section commonly referred to as “Barry Knows Best.” Ahmed, who is both a lawyer and mountain biker of 12 years, claims the accident occurred due to instruction which he referred to as, “woefully inadequate.”

“There was nothing unreasonable about permitting Mr Ahmed, a mountain biker of 12 years’ experience, to have a run down the slope once, or more than once.” – Tim Horlock, QC

Now in a wheelchair, the plaintiff told the court that back in 2012 when the accident occurred, he was new to steep descents the likes of which caused the accident. According to his account, the instructor should have never allowed such a situation to take place.

Lawyers for the defendant fired back saying Ahmed actually tried the same section twice, ultimately making the same error twice. Mr. McLean told the court, “I am 100 percent sure he made the same mistake twice.” He went on to say how he’s replayed the event over in his head for almost 4 1/2 years and still believes there was nothing out of the ordinary or unprofessional about letting Mr. Ahmed try the route. The judge will hand down a verdict at a later date.