As an employee at the National Park Service’s Natural Resource Stewardship and Science Directorate, Matt Holly loves to pour over maps– especially those of our national parks. So in order to satisfy the cartographer in all of us, Holly spent the last 3 years compiling and uploading over 1,000 maps of our national parks to his website, npmaps.com.

The project, which followed the government shutdown in 2013, was the result of childhood memories. Holly says he drew his inspiration from the maps national park rangers gave him as a child upon entry to the park.

“Receiving that map means I am now in a crown jewel; I am experiencing the best of what America has to offer and what this nation most values.” – Matt Holly, NPS 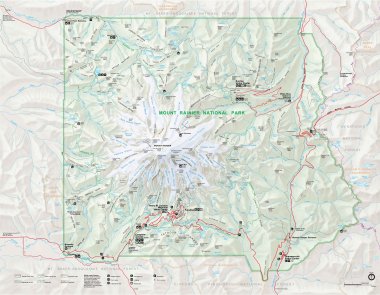 As of now, the database hosts 1,053 high resolution maps of all 59 national parks. Those maps include 3D depictions, color coded depth maps, as well as your basic topo maps. Whatever the case, if you plan on heading to a national park this summer you should check out his site first.