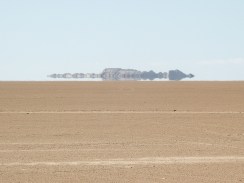 While El Niño transitions into a neutral state, NOAA just released their temperature outlook for the summer of 2016 and looks to be a scorcher for much of the country.

As of now, NOAA is forecasting Alaska’s Aleutian Islands to have the warmest summer compared to their recorded averages while the great plains of Nebraska and Kansas will be the only ones sporting average summer temperatures in 2016. NOAA is also saying that the west coast and northeast should see above average temperatures throughout the summer before La Niña conditions show up in the fall. 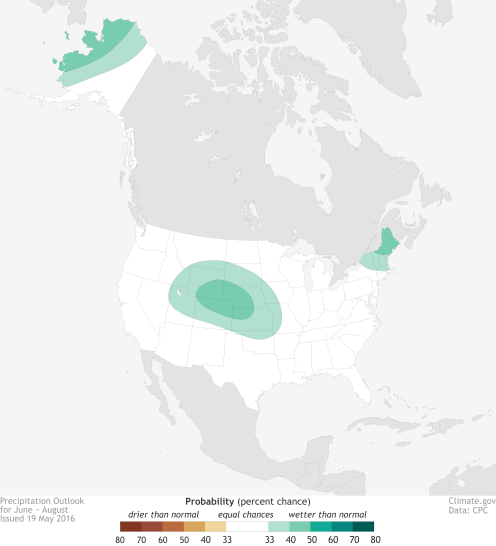 On the cooler side of things will be Colorado’s high country as well as the eastern slope of the northern Rockies.

“Although the tropical Pacific appears to be in the middle of a transition between El Niño and La Niña, neither phase of ENSO has a significant influence on summer climate. Instead, the summer outlook is more influenced by short and long-term ocean and atmospheric trends as well as mid-latitude sea surface temperatures in the Pacific and Atlantic Oceans.” – Climate Prediction Center

Those above average temperatures could have significant effects on the wildfire conditions across the western United States with the PNW and California in the crosshairs for what could be a smoky summer.

Find the entire Climate Prediction Center summer outlook here: Where are the highest chances for a hot summer in the U.S.?