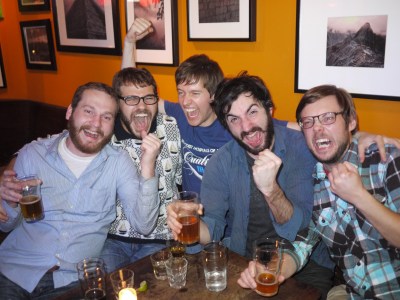 Turns out, boozing with the boys is not only fun but it’s also good for one’s mental health reports The Telegraph.

That finding, which was the result of research completed by scientists from Germany’s University of Gottingen is giving men just one more reason to spend time away from their significant others. According to the study, stress levels among men significantly drop when hanging with members of the same-sex. The same cannot be said for date nights or time spent with family.

Those findings are based on experiments conducted amongst groups of apes called Barbary macaques. The macaques are known to exhibit social behaviours that are closely akin to humans. The study in question illustrated how stress hormones rose among the apes when they were forced to interact with family members or mates. On the flipside, those same stress hormones dropped when interacting amongst a group of males.

So there you have it ladies— just one more reason we need to go have some drinks with the boys tonight.