State of the Backcountry 2016: Tahoe and Nevada

State of the Backcountry 2016: Tahoe and Nevada 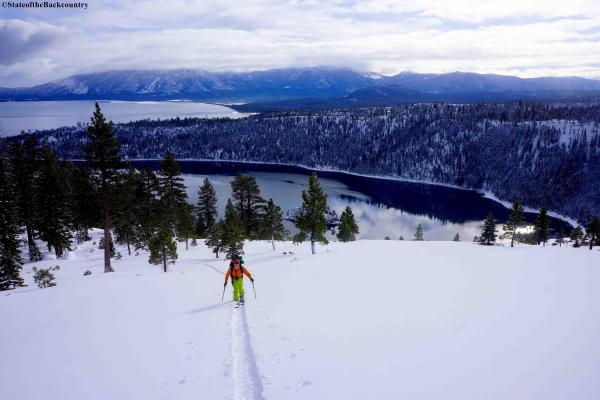 After a fall filled with hype, I’m starting to believe. Since the last Unofficial Networks State of the Backcountry report the greater Tahoe area has been going off! Pow day after pow day has blurred memories of four straight drought years and put a major spotlight on El Nino. In fact, the snowy January we just experienced in Tahoe has put us above average in terms of precipitation for the year, and in the present, conditions in the backcountry are as good as one could possibly hope for as we enter February.

Looking back, the faucet turned on in December, and through the New Year storm after storm dropped copious amounts of new snow. More recently, a few warmer storms temporarily interrupted the dream that backcountry skiers and riders would ride powder every day of the month in Tahoe. However, the water was more than necessary, and the warm systems actually helped clean out a scary, ongoing issue in our snowpack. 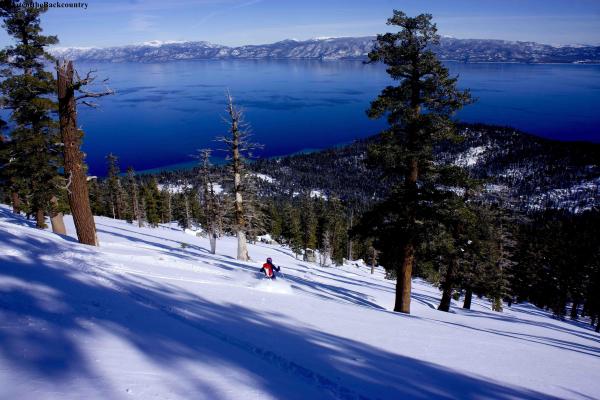 A few weeks back, I can remember skiing several days along the West Shore on through the Mt. Tallac area on diverse beds of beautiful, crystalline surface hoar. Usually, in our maritime reality it’s not as creepy to have this weak snow structure around as it is in intercontinental areas. That said, when new snow falls burying surface hoar a weak layer is introduced into the snowpack. Unfortunately, this did occur for us in Tahoe and an active PWL (persistent weak layer) started reeking havoc. Numerous slides were reported, several issues arose with skiers and riders getting caught, and although the reactive cycle dissipated to a large degree, the layer continued to be found sporadically throughout the Northern Sierra.

With so many powder days this season, Tahoe is finally starting to feel like it used too. Skier: Jeremy Frumkin

The recent warmer storms helped send precipitation down into the snowpack breaking up these weak layers. I’ll continue to hold that spatial variability is one of the more difficult things to mitigate in any questionable snowpack. As much as those warm systems disrupted our run of perfect powder days, it was brief, and it’s a good thing in the long-term as now we’re more concerned about Monday’s hellacious wind event that loaded and cross-loaded so much of the brilliant powder we had been skiing this past weekend.

Right now, wind slabs on all N aspects as well as E and SE slopes are worth noting. It’d be hard to miss them unless you’re not familiar with what they are as the winds really did a number on the high quality snow that was around prior to the event. But that’s not to discourage anyone, it’s more of a heads up as where protected, unaffected snow is found in our area, the quality remains incredible! The stoke from the holidays has remained and it’s been so good to see so many happy, fired up people whether they’ve lived in the area for decades, or just visited for the first time. 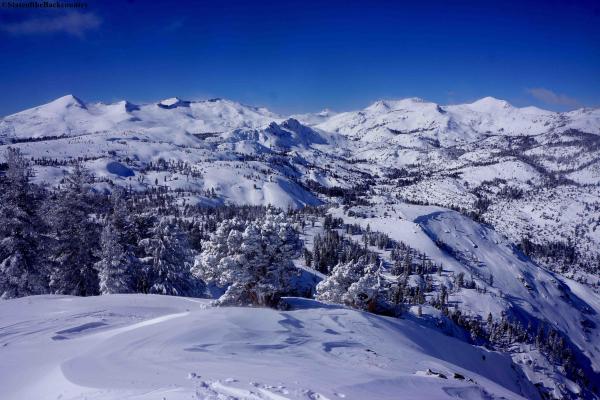 Desolation Wilderness is ready for a visit

Looking ahead, there’s not much weather in our forecast until possibly mid month. That’s not the best news, although it’s snowed so much-more than 300”+ in many high elevation spots- it’ll be nice to get out and about throughout the forecast area and sample turns in locales that haven’t seen much to any traffic yet this season. So many peaks and lines that haven’t had enough skiable snow in the past few years are finally in, and this period of high pressure that’s ready to descend on us should allow folks to spread out and enjoy what makes the Tahoe backcountry so unique. As always, choose your objectives safely, and have a blast! I hope to see you at Alpenglow’s Mountain Festival that kicks off on February 20th! 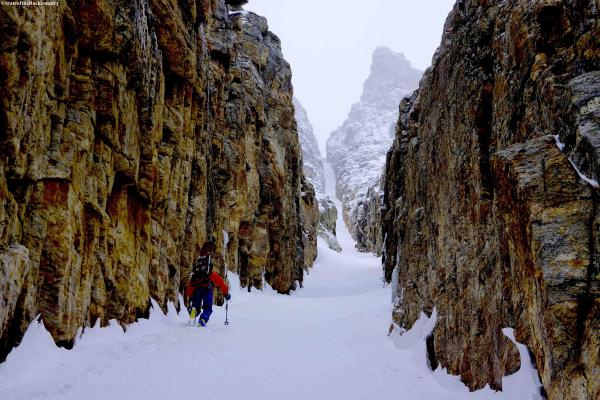 As Tahoe area skiers and riders we often bounce between our dual state reality using the high elevation help found in the Mt. Rose area, as well as enjoying various special descents found in the Carson Range. Nevada is a wild gem of a state, and arguably the Ruby Mountains, a few hours drive east, are its centerpiece.

Yes, the Terminal Cancer Couloir is a major classic. My first time in the range, like many others, was simply to seek out this classic line. On a recent trip back to the Rubies I was able to enjoy another memorable descent. However, the real story in this part of Nevada is the incredible work put forth by pioneer Joe Royer. Joe escaped from Utah decades ago and has been systematically building a one-of-a-kind ski operation. He has a world-class helicopter skiing outfit that whisks skiers and riders into the high alpine, but that’s no new story. The current scoop is centered on a high elevation yurt that is going to have backcountry enthusiasts fired up for years to come. You can get a heli bump in, snowcat in, or simply skin into the yurt. The terrain is classic Ruby Mountains with beautiful views, protected pitches of prime powder, and more technical options for those willing to go for deep tours. Look out for a feature article about Joe’s operation in the next issue of Ascent Backcountry Snow Journal, and if you can’t wait until then, get in contact with Joe and make a reservation before they’re booked out for the season. 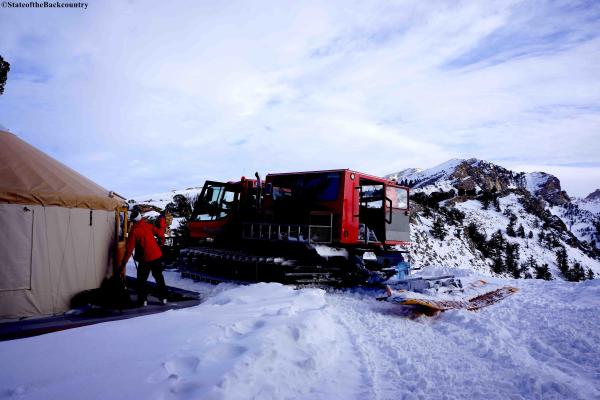 Heli, cat, snowmobile or ski in to the new yurt run by Ruby Mountain Heli. It’s a backcountry paradise.

Tahoe and the Eastern Sierra