State of the Backcountry 2015-2016: Tahoe and the Eastern Sierra

State of the Backcountry 2015-2016: Tahoe and the Eastern Sierra

Slowly but surely, December storms have brought higher tide ski conditions to a host of fun lines across Tahoe.

As the last fat flakes of 2015 fall across the Sierra, the state of the Tahoe backcountry is fantastic. November offered a solid start. Close to five feet fell across high elevations setting the stage for a December to remember. Truth be told, even though we’re only slightly above average in the Northern Sierra in terms of cumulative snowfall, it’s a reminder of how great an average start to winter in our backyard can be.

December showcased a host of strong wind fronts, incremental storms, and more than 11 feet of new snow. Not bad. Not bad at all. However, when looking at the snow from this month, it’s really all about the four major storms that have led to the current conditions skiers and riders are raving about.

Two 18+/- inch storms impacted our region before mid month. Although there wasn’t that much snow stacked on local mountains yet, that coverage went a long way up high, and helped set up consistent skiable snow to lake level. That is one of the most glaring omissions from our backcountry ski life during these recent drought seasons. Snow to lake level changes the game and opens up so much classic Tahoe terrain. Couple that with a low December sun plus cold temps and up until the Winter Solstice it seemed everyday was a standout powder day.

This shot pretty much sums up December in Tahoe. Rider: Ming Poon

Enter the Solstice storm. A few days before the actual Solstice temperatures went up, and the biggest storm we’ve seen in quite some time dropped in hot. Literally, it was too warm to keep the magic of cold powder on every skiable aspect a reality, and although it felt like it knocked the wind out of our collective community momentum, the impact was temporary. During this event that plastered peaks with 2’-3’ feet at high elevations and rose Lake Tahoe almost two full inches, Tahoe also got its base for the rest of the season. There remained good, thick, Sierra surfing to be done if you toured high, such as off Carson Pass or in the Mt. Rose area, but the real benefit was all of this moisture largely consolidating our snowpack and thus setting up the season. The most recent 18incher quickly erased any ill thoughts through the Tahoe Basin that the dream was over as cold smoke filled the hills providing an Xmas for all to enjoy.

Strong storms are often preceded by strong winds and December brought more than a few days of surfable conditions to Lake Tahoe. The difference between sessions can vary greatly, but surfs are almost always as cold as they are worthy this time of year.

Terrain-wise now is a very good time to be slaying the Tahoe backcountry. There are runs that take lake level snow that have not been skiable since 2011. Slowly, more and more lines are coming into condition, which means backcountry users are able to spread out. It’s a beautiful thing to maintain high elevation access from Donner to Carson, have West Shore runs skiing as well as they have, but then have some of the lesser traveled routes around North and South Shore come into play. 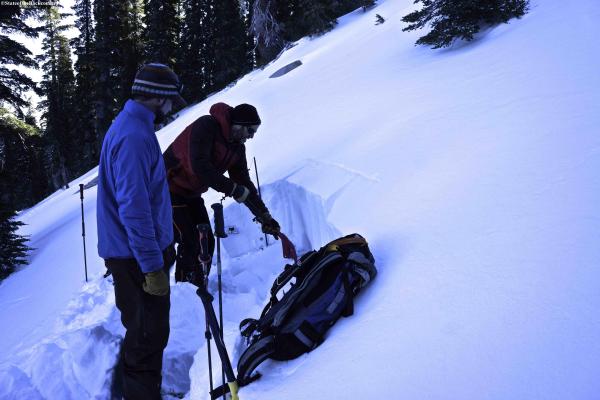 If you see the fine folks from the Sierra Avalanche Center (SAC) out on a tour, make sure you say thanks.

In terms of stability and avalanche danger, current issues are mostly located near and above treeline due to wind-transported snow and the formation of wind slabs as a result. Reports have wind slabs found on most every aspect as winds have shifted the past few days loading, cross-loading, and stripping exposed terrain. Winds will back down from now into the New Year, but be cautious of loaded pockets as you tap into a clear cycle of weather in the coming days and enjoy the fruits of the December storms. As always, skiing more sheltered slopes, especially on slopes with N orientation will offer a better chance for soft, cold snow conditions. 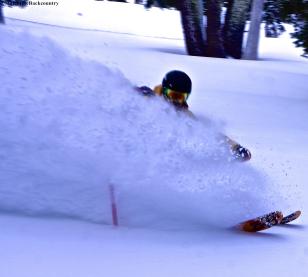 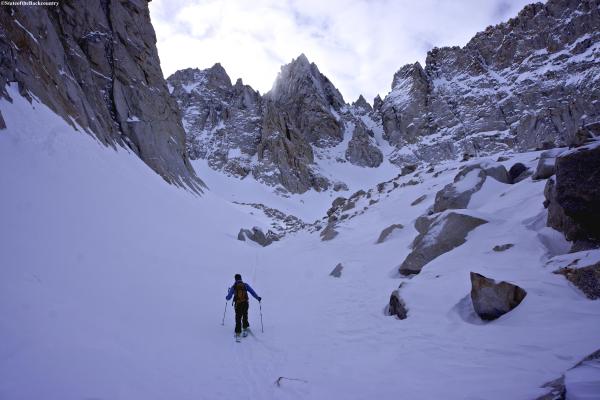 It’s tough to beat a snowy walk in the Eastern Sierra .

The Eastern Sierra is also off to a much better start than we’ve seen during the past few drought years. The northern portion of the range up through Bridgeport is holding more snow than the southern reaches of the range, which is hovering just below average. Folks have been reporting quality skiing in and around the Mammoth area for weeks, and although coverage is thin for the most part, as these few photos show, there is some fun snow covering more than a couple of classic runs. 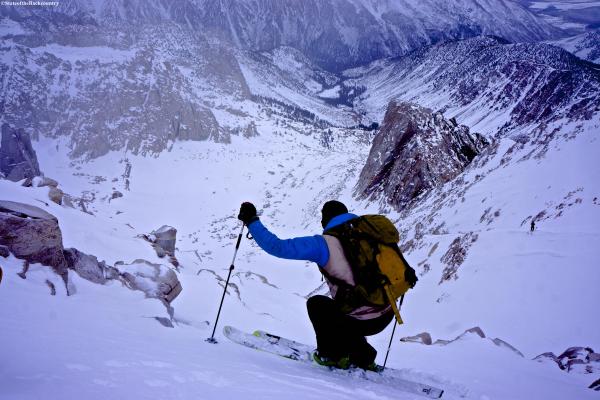 When you’re thinking about an Eastside mission give the revamped Eastern Sierra Avalanche Center (ESAC) site a read. It’s hard to get an accurate forecast for a ski tour when the range as a whole spans such a large area, but educating yourself on past and present conditions will still support a more knowledgeable day in the backcountry. Currently, reports speak to a similar wind slab issue that we are dealing with in Tahoe. A major issue to note is whereas in Tahoe our big wet event on the Solstice helped to largely consolidate our snowpack and break down lingering persistent weak layers, the same can not be said for locales to the south. Also, Mammoth has gotten more snow than areas to the south, even when compared to close spots to the north such as June Lake, Lee Vining and Bridgeport. Bottom line, read up on current conditions before you go and if you do head out for an Eastside tour consider sharing any pertinent findings with ESAC.

As we look to 2016 we’re just getting started with what’s shaping up to be a backcountry ski season we all need. 2015 may have left us high and dry in the Sierra, but this past month has brought perhaps the most needed resource back to our beloved ski community- stoke. I haven’t felt the positive vibration of Tahoe quite like this in far too long, and I know if you’re reading this you’ve felt it too. Whether it’s the fact that it actually looks like winter in Tahoe or the skiing’s been so good, keep making informed decisions out there and enjoy some of the best backcountry skiing we’ve had in years. January looks to start out slow, but there’s a hint the real El Nino we heard so much about during the preseason might make it’s way into our lives before the 10th. Let’s hope so, but until then, there’s a lot of snowy landscapes to explore. Be safe out there, enjoy New Year celebrations, and keep sharing the stoke!