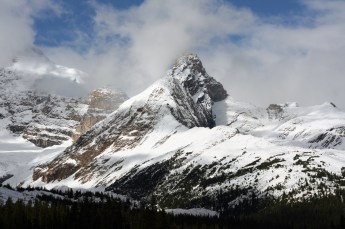 It turns out Star Wars saves lives. Two skiers who got lost on Sunday, were reported missing after failing to make a scheduled showing of the new installment of the Star Wars saga, ‘The Force Awakens’ reports the Calgary Herald.

The pair were ski touring in Banff National Park on a route known as the Dolomite Peak Circuit, which is a approximately 9.5 miles long. The two skiers reportedly took a wrong turn and ended up moving farther and farther away from the Icefields Parkway and into the vast wilderness.

However, the dad of one of the skiers alerted RCMP to the situation after they failed to make it to the movie. Personnel located their vehicle at approximately 11 pm and although they attempted a night rescue, they were unable to find the lost skiers. In the morning a helicopter spotted them heading in the wrong direction.

Although they were carrying proper avalanche equipment upon rescue, it is unclear whether they had a map, compass, and other necessary navigation tools. Skiers Rescued After "Dropping Off Wrong Side" of Brighton Ski Resort