20 of the Most Scenic Mountain Bike Trails in the Western USA | According to Singletracks.com

20 of the Most Scenic Mountain Bike Trails in the Western USA | According to Singletracks.com

singletracks.com brings us a look at 20 of the Most Scenic Mountain Bike Trails in the Western USA. You can cast your vote for the most scenic by clicking on the link at the bottom of the post.

“One of the primary reasons mountain biking is such a transcendent experience is it often offers the opportunity to get away from civilization, under your own power, to enjoy the unadulterated beauty of the natural world. Those pristine vistas can transport us out of our present concerns, out of our worries, and bring us completely back to ourselves and the singular moment in time in which we exist. When truly immersed in the beauty of nature, nothing else matters besides the experience that is the now.

However, some trails are unequivocally more beautiful than others.

Even if we can all agree that scenic trails are excellent, exactly what makes one trail scenic and another not is a cause of tension. We could get into an aesthetic philosophical debate about whether or not beauty is in the eye of the beholder or if there is instead an absolute standard of beauty, but we won’t do that now. Instead, when the Singletracks team chose these 20 scenic mountain bike trails, we tried very hard to incorporate all different kinds of beauty into this list–not just the classic high-alpine mountain vistas.

Despite our efforts, narrowing this list down to just 20 choices in only the Western half of the United States proved to be a controversial process, even amongst ourselves, resulting in dozens of heated emails back and forth. So, if you scroll down to the bottom of this list, you’ll find a survey that will allow you to vote for your favorite trails, and even write in trails you think we missed. Next week we’ll publish the results of that survey, and two weeks from now we’ll release our list of 20 of the most scenic mountain bike trails in the Eastern USA, also complete with survey.

But for now, if you’re in search of one of the most scenic mountain bike trails in the Western USA, all of the trails on this list are more than worthy of your time.” – singletracks.com 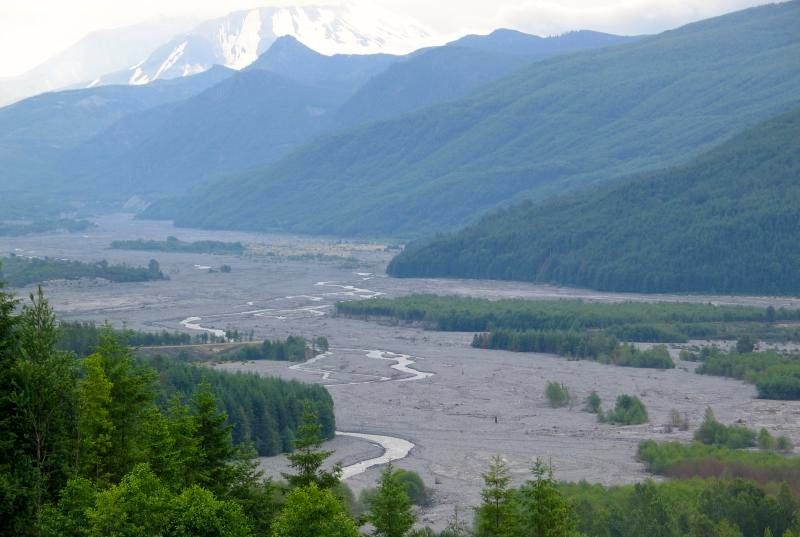 Located on the flanks of Mount Saint Helens, Ape Canyon/The Plains of Abraham provides otherworldly views of volcanic destruction, as well as nearby mountains and the volcano itself. -mtbgreg1

Thanks to the area’s lack of tall trees, the Backbone Trail provides gorgeous views of the surrounding hills and mountains, including captivating glimpses of the downtown LA skyline. If you look the other way, you can catch glimpses of the Pacific Ocean as well. -mtbgreg1 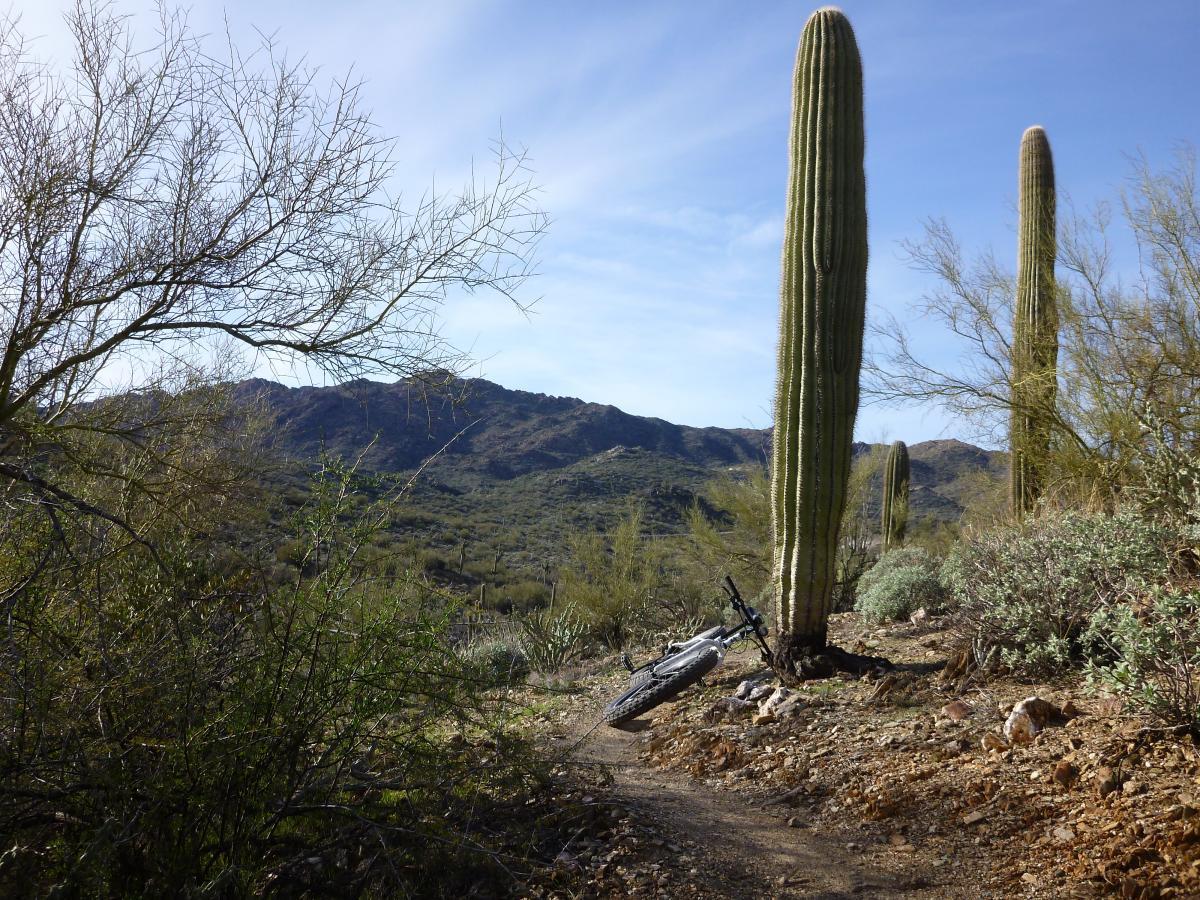 There aren’t many places in the world where you can ride quality singletrack beneath a massive canopy of redwood trees, but El Corte De Madera is one of them! This deep forest provides a completely different sort of beauty than high-alpine peaks or dry, rocky deserts, but it is undoubtedly beautiful in its own right. -mtbgreg1

A favorite even among those who live in the midst of stunning scenery, the Emerald Lake trail climbs just over 1,800 vertical feet through a gorgeous pine forest before bursting out into a magnificent meadow anchored by the aptly-named Emerald Lake sitting in a high alpine cirque, the grandeur of which must be seen to be believed. -John Fisch

Over the course of 10 rugged miles (with options for infinitely more), you will see most of Sedona’s captivating red rock landmarks from multiple angles. The combination of the red rock, green forest, and most intensely-blues skies you’ve ever seen, will be imprinted on your memory forever. -John Fisch 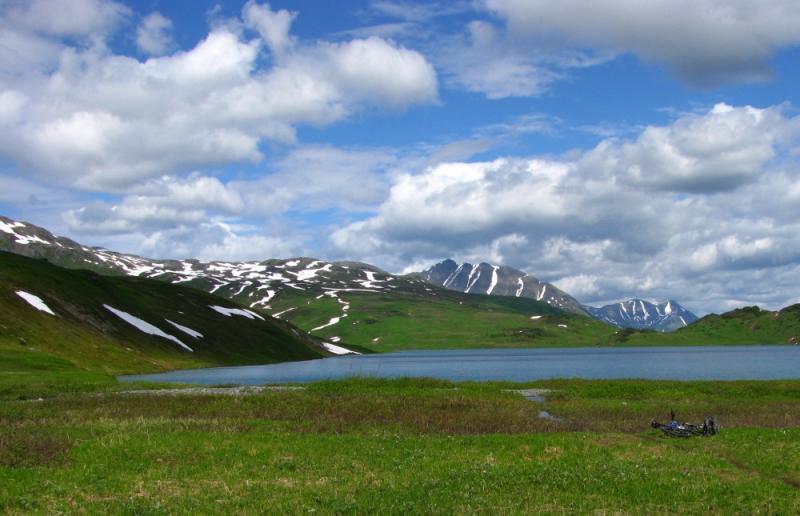 The Lost Lake trail leads to a beautiful blue lake tucked away in the wild mountains of Alaska, ringed by gorgeous, snowcapped peaks. -mtbgreg1

The McKenzie River, which this trail follows, features rushing rapids, roaring waterfalls of massive proportions, and crystal-clear pools. The nearby Douglas Firs are virgin timber, and tower high into the air. -mtbgreg1

If million-mile, above tree line views are your thing, then the Monarch Crest Trail should be your next destination! Offering views of jagged 14ers, massive pine forests, the Gunnison Valley, and so much more, you’ll want to make sure your camera battery is fully charged before you embark on this ride! -mtbgreg1 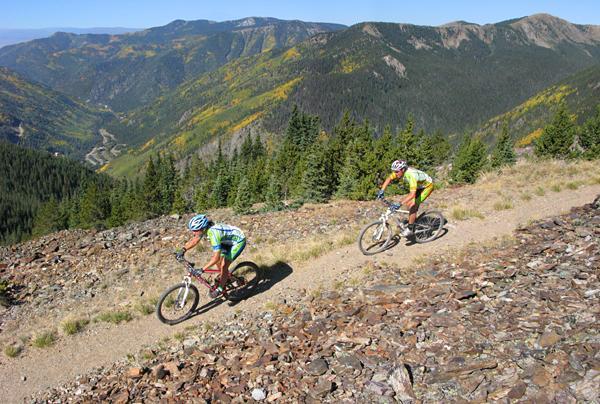 Sweetwater Preserve is home to a veritable forest of massive saguaro cacti that tower over you like trees, complete with a backdrop of arid Arizona mountains. -mtbgreg1 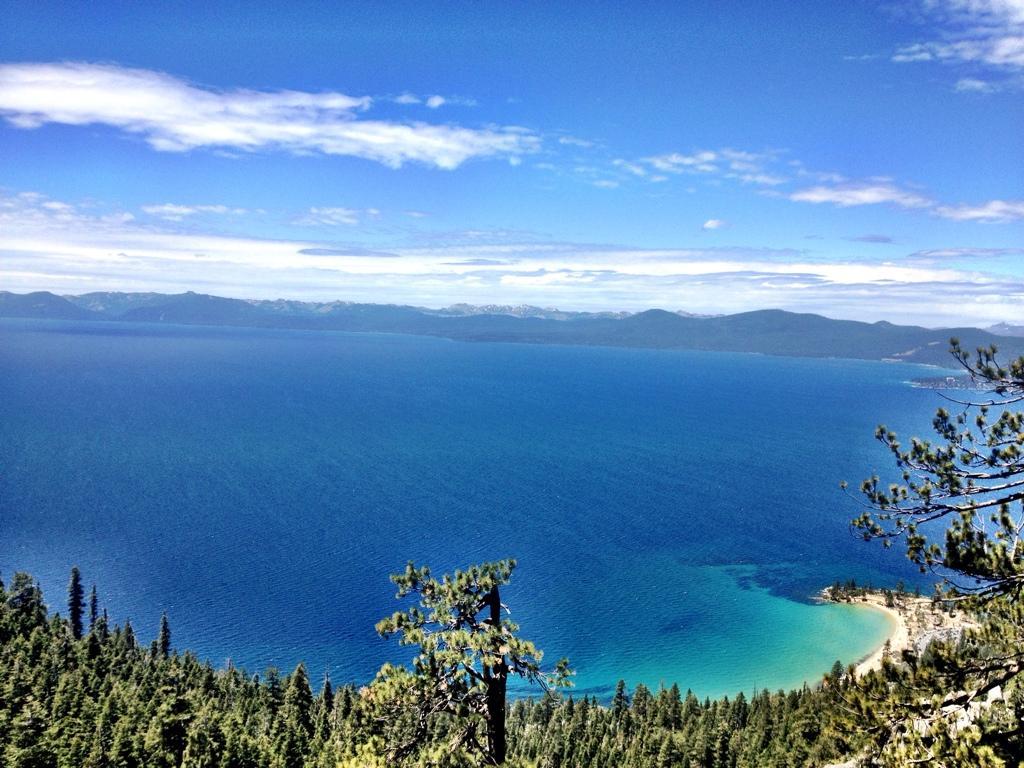 Often ridden together, the Tahoe Rim and the Flume Trails provide breathtaking views of the crystal-clear waters of Lake Tahoe ringed by mountain peaks. The Flume Trail itself sits high up a sheer cliff-ridden mountain side, and it feels like it sits directly above the lake! -mtbgreg1

Top of the World, Moab, Utah

Moab is filled with massive views from cliffs that soar hundreds of feet into the air, but the views from the Top of the World trail, with the desert below and the oftentimes snow-covered La Sals in the background, may be some of the best that the area has to offer. -mtbgreg1

Beautifully varied and often downright otherworldly, the Thunder Mountain Route gives you an introduction to Bryce geography, followed by classic ponderosa pine forest and topped off with world famous hoodoos, eroded orange rock spires and weathered formations. Some say it looks like riding on a giant Creamsicle. -John Fisch 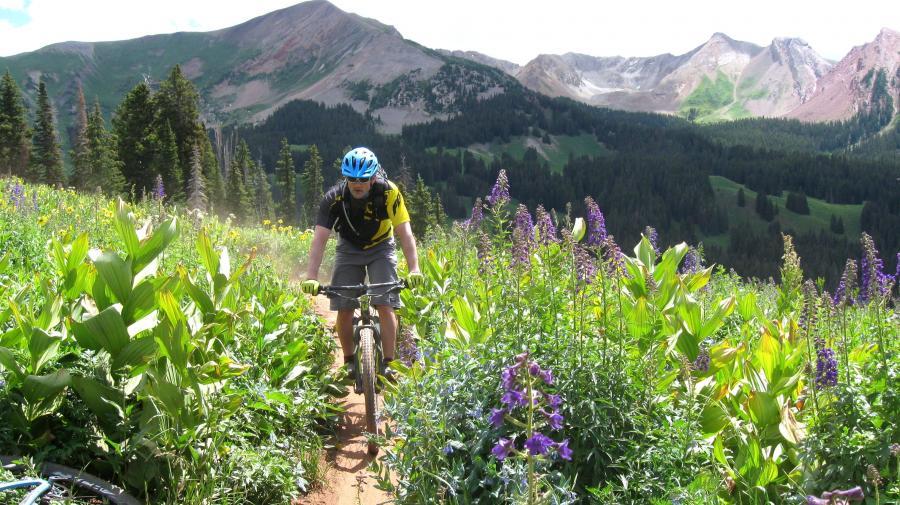 Trail 401 is one of the most famous trails in the nation, thanks in large part to the fantastic scenery that it provides. From the wildflowers around the trail to the valley below to the rocky mountain peaks towering above, you’ll have a difficult time keeping your eyes on the fast singletrack descent! -mtbgreg1

The Wagonhammer Trail System provides gorgeous views of the Idaho mountains, which differ greatly from the mountains in states like Colorado. Add in the fields of wildflowers in the spring, and this trail is more than photo-worthy! -mtbgreg1 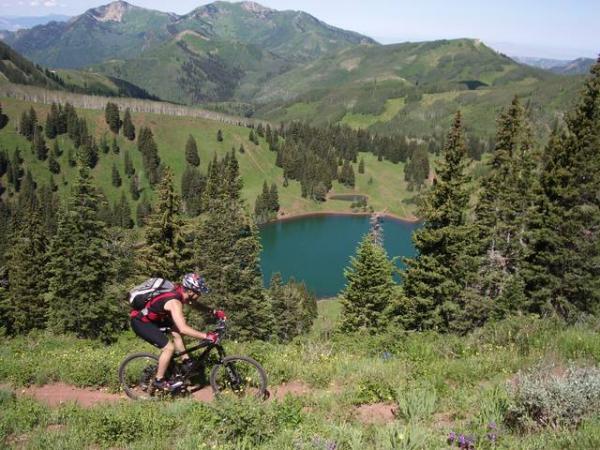 The Wasatch Crest Trail traverses the tops of the mountain range near Park City, with fantastic high-alpine views and passing beautiful lakes. Eventually, the trail rockets downhill, dropping all the way down into Salt Lake City. -mtbgreg1

Vote for Your Favorite HERE