The backcountry area called Dutch Draw near Park City Mountain Resort (PCMR) is one of the most dangerous zones in the country.

The mountain is accessible by riding PCMR’s 9990 lift on the Canyons Village side of the massive resort.

Skiers used to be able to pass through a backcountry access gate, but PCMR ski patrol was forced to close the gates after two skiers died in avalanches in just two years.

YouTuber Lucas Catania was skiing and filming a video at PCMR on Tuesday, December 6th when he captured a fairly large avalanche release from Dutch Draw.

The video of the slide has been embedded below. Officials do not believe that anybody was caught in the debris.

An official observation report was filed with the Utah Avalanche Center. I highly recommend you click the link to read all of the details.

UAC estimates that the slide was 175 feet wide, 12 inches deep, and slid 600 vertical feet. Here’s an excerpt from the observation:

“It is unclear how or who triggered this avalanche, but there were many ski tracks just south of the avalanche. 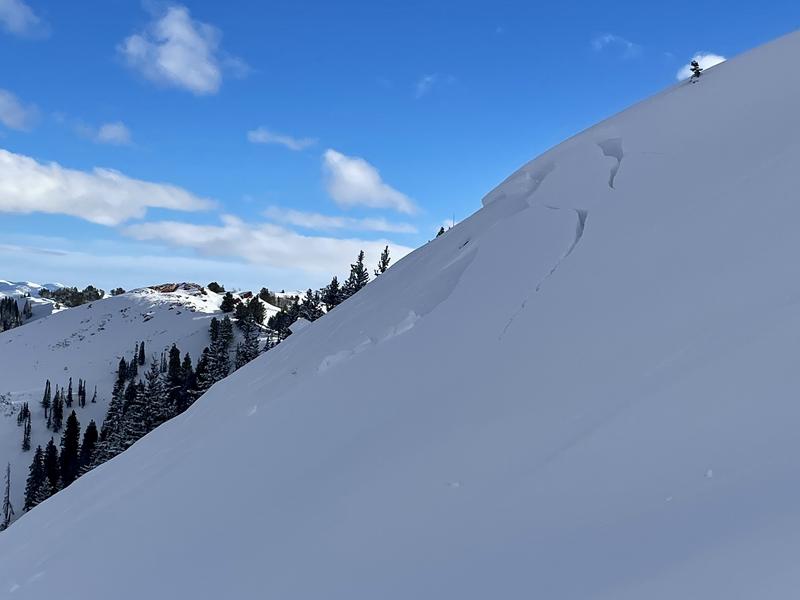 Kudos to good folks at the Utah Avalanche Center, Utah Dept. of Public Safety, and the Park City Mountain Resort Ski Patrol for doing a thorough investigation of the slide.

With that in mind, UAC is warning that the snowpack in the Wasatch could be dangerous. They currently have avalanche danger ratings listed as ‘Considerable’ in all zones across the state.

The UAC observation reporter from the Dutch Draw slide left this comment at the end of his report:

“I’m worried that we’ll be going back to the PC ridgeline for an avalanche accident in the near future.”

Need more proof that the snowpack in Utah is sketchy right now?

Just take a look at these photos of a remotely-triggered slide that happened in the Wasatch earlier this week.

To all of our friends in Utah- please, please, please use caution when recreating in the backcountry. The snowpack is just too sketchy right now.

I highly recommend you regularly check UAC’s avalanche forecasts, Know Before You Go, and bring your necessary avalanche safety gear on every outing.

Please stay safe out there, friends.