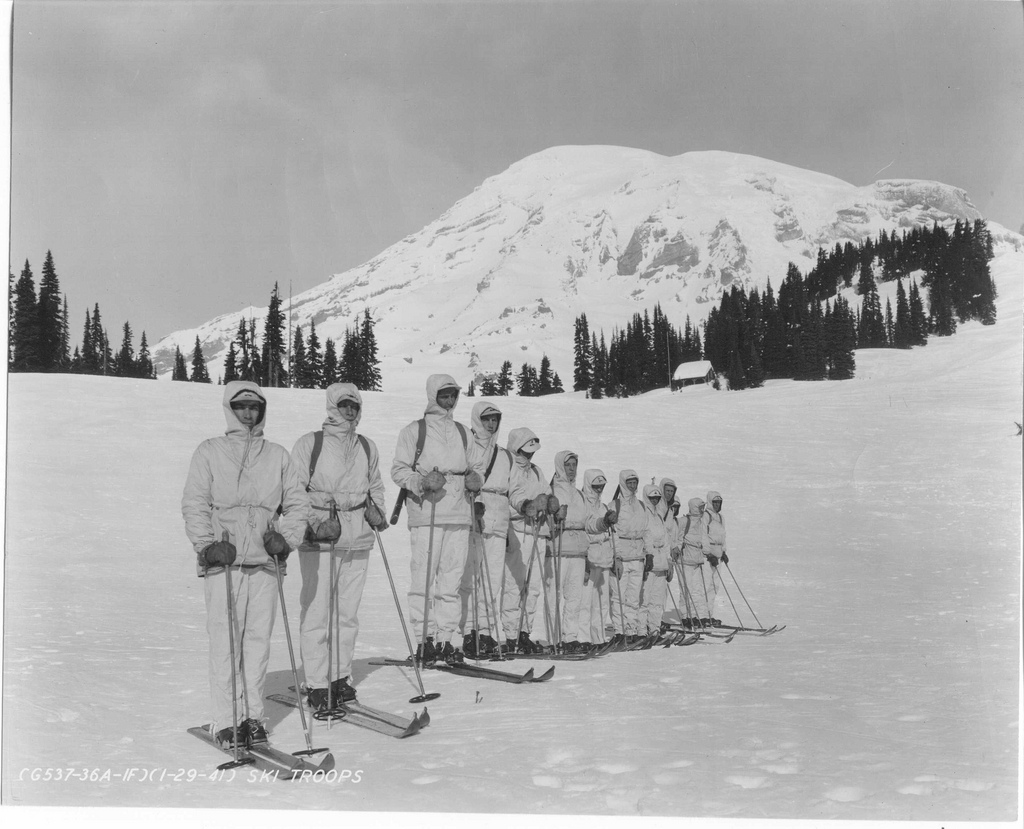 In 1938, Finnish troops annihilated two Russian Tank divisions—on skis. After this monument in strategic maneuvering, The U.S. Army decided to look into creating an infantry division based on pursuing mountainous conflicts. Enter Charles Minot Dole, the president of the National Ski Patrol. Dole immediately began lobbying for the creation of a mountain based infantry unit in Washington D.C. In 1940, General George C. Marshall heard Dole’s case and in 1941 the general activated the 87h Mountain Division. Later the unit would be renamed the 10th Mountain Division.

The new ski troops began training at Camp Hale near Leadville, CO on what is now known as Ski Cooper Ski Area. In addition to their Colorado training ground, 10th Mountain troops trained on 14,410 ft. Mt. Rainie and over the course of the next years, the U.S. trained the most seasoned and rough mountain troops in the world. 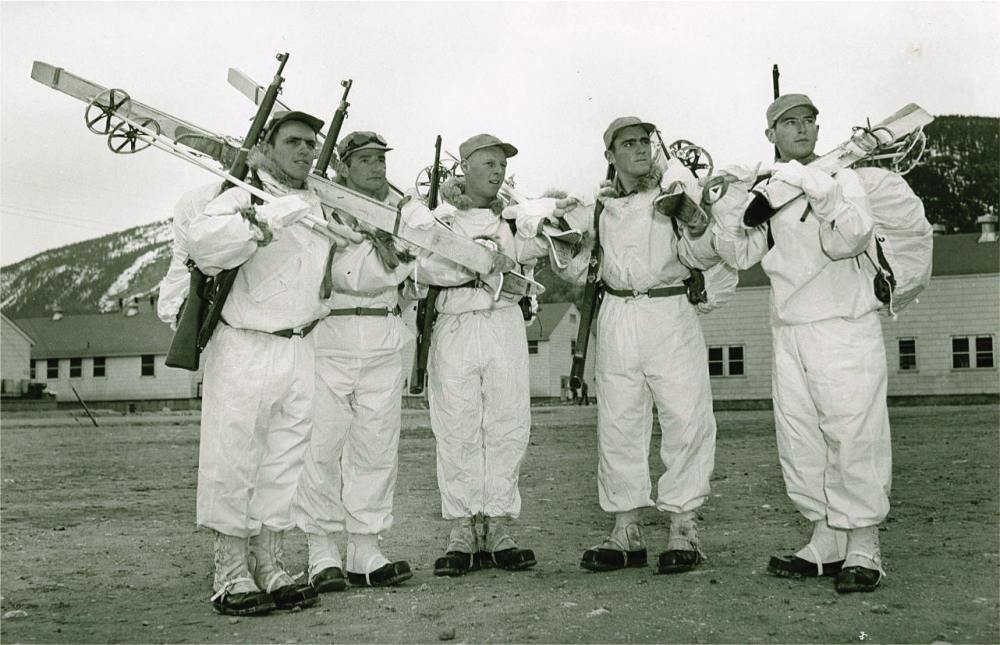 While traveling in the mountains, 10th Mountain Troops would often set their skis on the snow and sleep on the two wooden planks covered just by wool blankets. In 1945, at the onset of war, 10th Mt. Division troops were dispatched and engaged German troops in the North Apennine Mountains in Italy on January 28, 1945. During the battle, mountain troops scaled a 1,600 vertical foot ridge, where only a single German battalion was stationed. Ultimately, the operation was a success and took the Germans by complete surprise.

The 10th Mountain Boys also played host to a single medal of honor recipient, who earned the highest commendation at the Battle of Castel d’Aiano. Italy, where mortars and gunfire pinned down a unit including one Private First John D. Magrath. Magrath operated communications, a simple radio man, and during a particular offensive, he volunteered his own services and after a heroic stand, he was killed and later awarded the medal of honor. His Medal of Honor citation reads as follows:

All in all, the 10th Mountain Division destroyed five elite German divisions in 114 days of combat and suffered 992 casualties.

As skiers, those who came back, jump started the United States ski industry. Founding resorts, ski patrols, search and rescue groups, ski schools, and backcountry hut systems, 10th Mountain Division is directly responsible for skiing being a cultural centerpiece in mountain towns across the country.

Wishing a happy Veterans Day to all those who have served past and present. We appreciate you and we give our thanks.