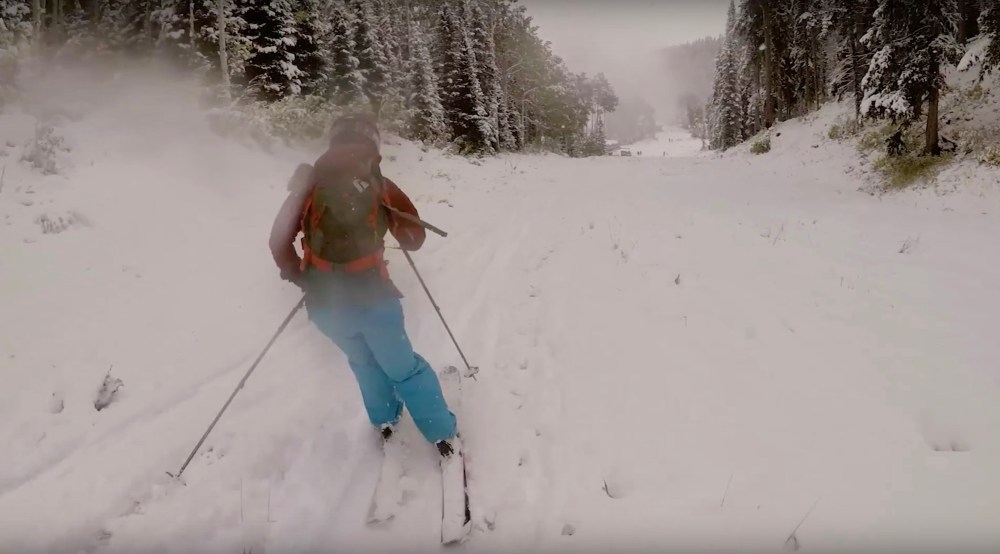 When skiing in October or early November, rocks are par for the course, although you are excited for the new season, now is not the time to bust out your new sticks. Instead resurrect your old skis from a couple of years ago and don’t fret when you clip a rock or ski branch. Early season snowfall is also great for playing around on snurfers, novelty skis or equipment you don’t obsess over too much.

The first snowfall of the season is no time to get injured or risk missing out on the season ahead, picking your early season slope is essential to a successful mission. Avoid tackling big lines or slopes littered with rocks and trees; we just want to get back in the groove and not risk a major injury. Golf courses, parks and sports fields lead the charge for great locations to ski on a thin base. Knowing the terrain of your ski slope is also key to getting early season turns, ‘sharks’ can easily be covered in 6-12″ of snow and present a serious hazard to any speed you gain.

Early season snow pack is unreliable and not the time to get dragged over rocks or other obstacles, so to build up your strength and make the most of the small window of new snow, look for short boot pack hikes you can lap safely. Something simple like a short pitch on your local golf course is enough to satisfy the