Oh boy do we have a gross story out of Washington state for all of you this morning. Warning- I will most definitely be making some poop/potty jokes throughout this article. I would consider myself to be a pretty crappy blogger if I didn’t… (sorry, not sorry).

The Brinnon Fire Department and Quilcene Fire Rescue teams were dispatched to an outhouse on Mt. Walker within Olympic National Forest on April 19th.

Here’s my breakdown of situation:

A woman in her mid 40s was using one of those gross toilets that’s essentially just a big hole in the ground. You know what I’m talking about right?

There’s no plumbing or running water, just a 10-15′ hole where waste can sit and degrade by itself. They’re pretty common in National Parks. 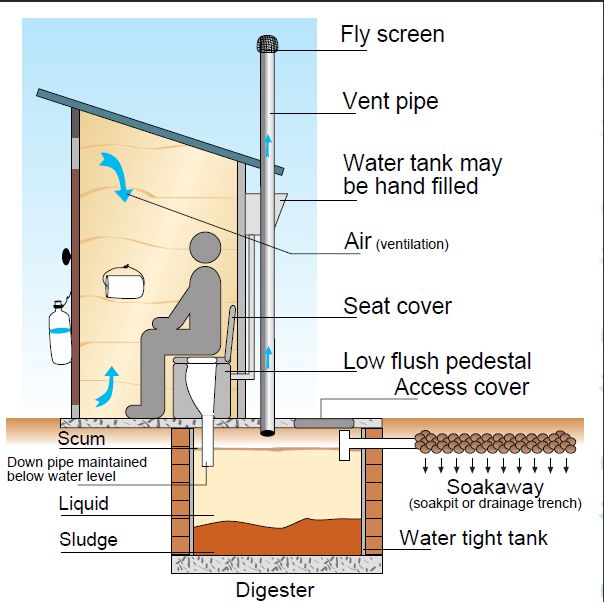 ^Yeah…we’re talking about one of these disgusting contraptions.

So the lady goes to use the bathroom and accidently drops her phone in the toilet. She thinks to herself,

‘Hmmm. I need that phone back. I don’t care that it’s currently sitting in feet of fecal matter. I don’t want to wait to get a new one. I’m going to find a way to retrieve it.’

That’s a pretty foul plan if you ask me. Just give up the phone lady. It’s gone. Make peace with it.

But, no. She decides to dissemble the toilet seat. She then uses one of her dog’s leashes in an attempt to pull the phone out from the depths of hell below her. That’s when she lost her balance and fell head-first into the pit of despair below.

^Rescuers from the Brinnon Fire Department pose outside of the toilet where the woman fell.

Rescuers reported that she spent 15-20 minutes trying to escape before she ended up calling 911. The rescue teams arrived quickly and were able to remove her using a cribbing platform.

She was washed down and given a Tyvec hazmat suit to wear. She refused to seek further medical treatment after being exposed to god knows what kind of bacteria in the toilet, and drove away headed back for California.

Again, you can read the full story from the Brinnon, Washington Fire Department’s Facebook page here.

I’m sure this lady just wanted to get the hell out of there after what must have been a pretty traumatic experience, but she should have definitely went to the hospital.

I know where the CDC should start looking if some kind of disease breaks out on the west coast. This lady is a surefire candidate to be Patient Zero…