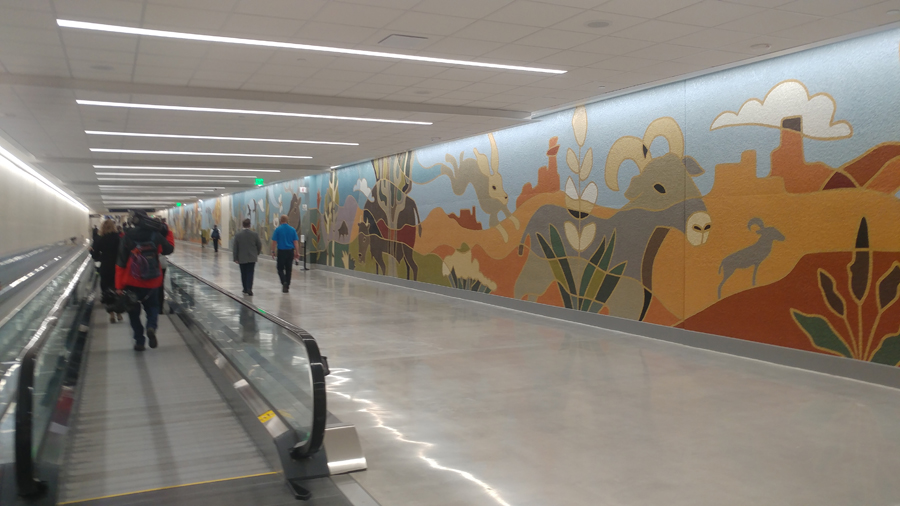 Salt Lake City’s new airport isn’t that popular among its guests. While it’s sleek and modern, you have to walk a long way to get to your gate, especially if you’re in Concourse B. The main culprit of frustration is the long tunnel from the middle of Concourse A to B, which becomes a major inconvenience if you’re late for your flight. Tiktokker Ari Bortz (@thestutteringskater) may have found the solution, bringing out his rollerblades to get through the tunnel in record time. I’ve seen some people bring out their skateboards at the SLC Airport, but this looks like the way to go.

Good news: I made my flight. Bad news: my rollerblades don’t qualify for insurance so I can’t save 15% by switching to Geico. #rollerblades #rollerblading #inlineskating #rollerskating #patins #airport #slc #utah #infrastructure

Unfortunately, the use of skateboards and rollerblades is not allowed at the airport. Based on my experiences at the airport though, the policy isn’t exactly enforced due to the inconvenient setup, so have at it. A new tunnel closer to security is planning on opening in 2024 and will likely include a train. You can check out Ari’s TikTok profile here, and it turns out that Ari also shreds.