The amazing feat was captured on video, thankfully, and the footage is still mind blowing nearly 17 years later. Check it out below.

There’s no better way to explore vast mountain ranges than by helicopter, for obvious reasons. Despite the practicality of vertical take-offs and landings, helicopters typically have a relatively-low altitude ceiling compared to planes.

The altitude ceiling made landing exploratory and rescue helicopters in a country like Nepal, with dozens of peaks over 20,000′, challenging. Airbus wanted to prove that their new helicopter, the AS350 B3, could handle substantial elevations, and pitted test pilot Didier Desalle with the task of landing on Mt. Everest’s summit.

The AS350 B3 was certified to a maximum operating altitude of 23,000′. The fact that Desalle was able to ascend, land, and then descend from Mt. Everest’s peak at 29,029′ proved a significant safety margin for operators.

Desalle’s accomplishment made the AS350 B3, and it’s successors, the best-selling civil helicopter in Nepal, and in mountainous countries across the globe.

Ushering in new altitude ceilings for helicopters previously thought impossible has shaped the industry since Desalle accomplished his landing on Mt. Everest back in 2005.

Desalle told Vertical: ““The idea was to prove to our customers all the margins they have while they’re using the helicopter in the normal certified envelope, compared to what the helicopter is capable of during the flight test,”

Desalle and Airbus proved their point. He is still the only pilot to land a helicopter on Mt. Everest’s summit, and who knows if anybody will ever join him in accomplishing that feat. 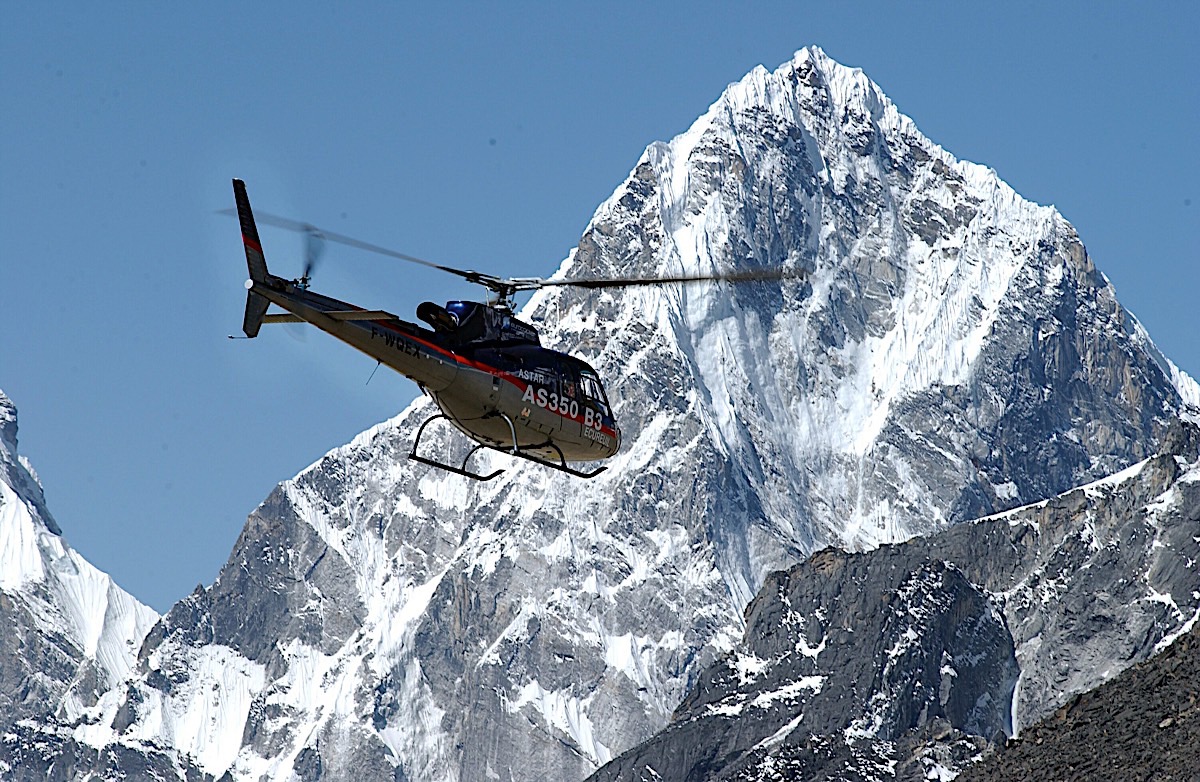 Delsalle flying the AS350 B3 on the way to the summit of Mt. Everest

We highly encourage that you read the full interview Vertical did with Desalle. They provide excellent insight into what took place behind-the-scenes for Desalle to accomplish his task.