The Nordic Spa in all of its glory

I always like to start out a blog with a powerful statement to grab your attention. Here it goes- There is no ski area on planet earth quite like Mount Bohemia, Michigan.

Those of you who have been to Boho know exactly what I’m talking about, and that’s why this blog is for those of you that haven’t been yet.

Let’s start with the fact that a season pass only costs $99 at Mount Bohemia. In an age where skiing is getting ridiculously expensive, Boho has kept their season pass price lower than any other ski resort I’ve ever seen.

Mount Bohemia is a geological oddity by Midwestern standards. The mountain lies about as far north as you can travel on Michigan’s Upper Peninsula and reaches up 900 vertical feet. It also averages nearly 300″ of snow. I know those stats might not seem like impressive compared to western standards, but the entirety of the mountain is steep and the snow is dry. You won’t find any useless runouts or long meandering runs back down to the base at Boho. The entire mountain is an advanced to expert level skier’s paradise.

Boho’s extremely remote location makes driving up to the mountain part of the experience itself. You travel on a seemingly endless two-lane ‘highway’ flanked by feet of snow piled up in front of the lonely homes dotting the frozen landscape. I remember wondering if we were heading the right direction, and then suddenly BAM. Mount Bohemia arises from the relatively-flat surrounding area like a thing of beauty.

It’s almost a little bit odd to see a legitimate mountain in the Midwest. Sure, we have some rolling hills here, but I think Mount Bohemia is the first geological structure I saw that I would use the word ‘mountain’ to describe it, and boy is she a beaut.

Approaching skiers and riders are greeted by magnificently cut trails descending the mountain’s front face. They look somewhat unassuming from a distance, but their steepness becomes apparent as you get closer. It’s truly a sight for the sore eye of a skier desperate for something challenging in these parts of the country.

The resort isn’t really much of a ‘resort’ by industry standards, and that’s exactly what adds to the charm of the place. The main area consists of multiple yurts structured together to create the kitchen, the dining room, the ski shop, and a bar. Adjacent to the yurts is a brand-spanking new spa that we’ll discuss later.

The vibe is palpable the moment a skier or rider arrives at Boho. There’s a certain welcoming feeling that wafts through the air. I don’t know how they’ve managed to create that using some yurts and a spa, but I think that’s what adds to the mythology of the place.

Being that far north with a group of people dedicated to skiing powder without the frills and thrills of a modern luxury resort sets the tone, and the difficulty of the mountain curates the guests to a group you’ll want to get know throughout your stay.

You powder snobs out west might scoff at this statement, but Mount Bohemia is one of the most fun mountains I’ve ever skied. The resort has committed to relying completely on their nearly 300″ of annual natural snowfall, and doesn’t groom their trails. I know you’re probably thinking that could spell disaster for a Midwestern ski resort, but you’d be wrong. The reliability of lake effect snow generating from Lake Superior is incredible, and it makes Boho a wondrous powder paradise.

The mountain’s brightly-painted lifts add to the uniqueness of the place, and that’s complimented by the bus service that ferries skiers and riders back to the main base area. Where else can you ski an awesome powder-filled glade run down to a road, hop on a bus that only plays ABBA music, and jump right on the next chairlift to do it all over again?

This place is just special… I’m telling ya.

View of the resort’s challenging front side with the Yurts and Nordic Spa in the foreground. Credit: Mount Bohemia

The natural undulations, the excellently cut glades, the challenging cliffs, and the relatively dry snow creates the Boho experience that has kept skiers and riders coming back to this remote hill for the last two decades. That’s what I mean by saying there’s nothing like it in the country.

The days are long, in the best way possible, out on Boho. Skiing endless laps of glades and ungroomed terrain can be a beating on the legs, and that’s exactly why Boho’s Nordic Spa is the perfect icing on the cake for the experience.

There really aren’t any bars or restaurants off the resort to spend the night with your pals after a day on the slopes. Thankfully, Boho’s two unique bars provide and ample atmosphere to quench your thirst. The North Pole Bar is an excellent place to pull up a high-top chair, watch a football game, drink a beer, and maybe even hear some live music from time to time. 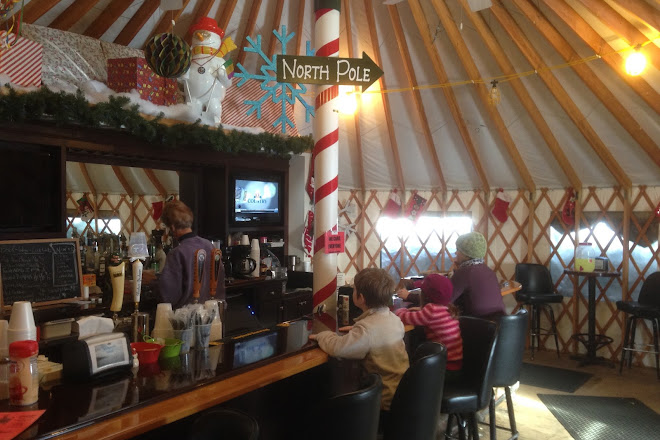 Don’t get me wrong, the North Pole Bar is a great time, but I believe that the Nordic Spa is essential for encapsulating the Boho experience. The spa includes a huge hot tub, a large heated swimming pool, a sauna, a steam room, and a cold plunge pool. The inside facility has a bar, and it creates an-almost European après scene. Skiers flock to the hot tub with beers in hand, and you’ll end up meeting dozens of interesting people who have journeyed from all over to ski Boho as loud upbeat music plays as the daily party rages.

The overall Boho experience is something that I’ve yet to see replicated in my years of traveling the country’s ski resorts. The focus is on powder skiing, but the resort almost exudes an energy that leads people to having a great time on and off the slopes. I remember thinking very fondly on the overall experience at Boho, and craving more time on the mountain as I drove away back home. 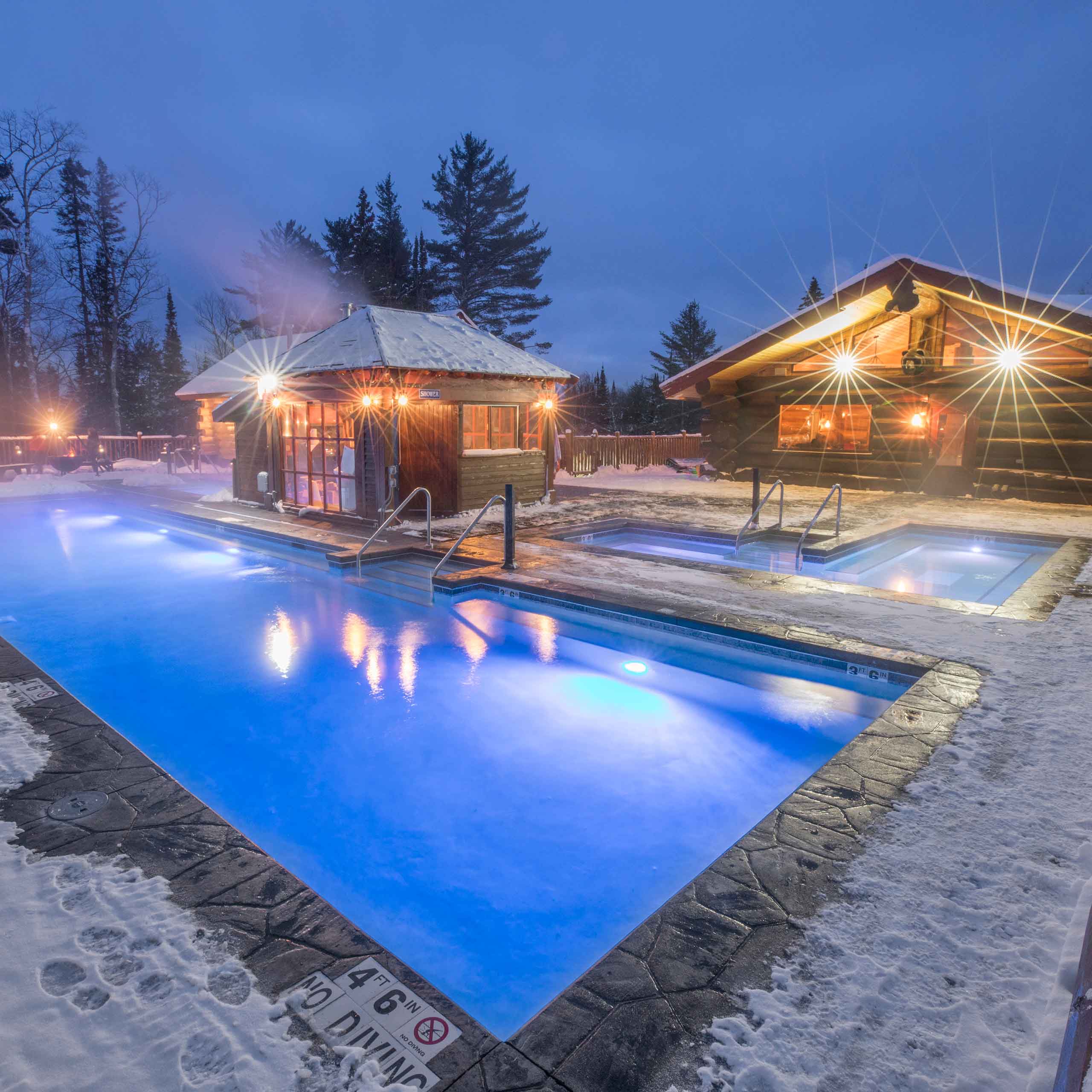 Mount Bohemia is a geological oddity, but perhaps it’s best defined as the most uniquely charming ski resort in the country. The Boho regulars are downright passionate about their mountain, and are proud that it has been ranked as one of the Top 5 Ski Resorts by USA Today for three years running. It’s pretty easy to see why once you’ve been to the place.

I hope you get to experience the magic that is Mount Bohemia this season. I’m really starting to think it should be pilgrimage that every diehard US skier and rider should make. It’s that special.