Every once in a while we’re reminded that “celebrities are just like us”. Well, kind of. These celebrities apparently like to hit the slopes, and rode with some of you on a chairlift, or down the slopes.

Check out the best answers to:

“Who is the most famous person you have skied/ridden a lift with?”

Brandon K.: “I rode up the lift with Chuck Norris 20 years ago in Brian Head, UT. I was so shocked I couldn’t remember his name and called him “the Texas ranger”. He told me he was a stunt double that got paid to look like him and to promise not to tell anyone. Once we got off I immediately told my friend in the chair ahead of me. Chuck ski’d up and said “I thought you promised not to say anything.” Winked. And ski’d off. I never saw him again. Absolute legend.”

Andrew S: “Sarah Burke in 2006 at Whistler”
Josh S:“Pretty much myself. Best skier on the mountain-“

Ed R: “Took the gondola up the mountain with Prince Charles of Great Britain, and his many bodyguards” Greg P: My father skied with Warren Miller and Alf Engen at Alta nearly every week while he was going to college back in the ‘50s. As a kid, I skied with both of them and got lessons from Alf several times, not from the ski school, but from him teaching me as he skied with my dad and I.

Sean F: “Shane McConkey on KT22 at Squaw. Didn’t realize it at first, just talked about the day of skiing, the conditions, and that I was heading to Chamonix in a few weeks.” 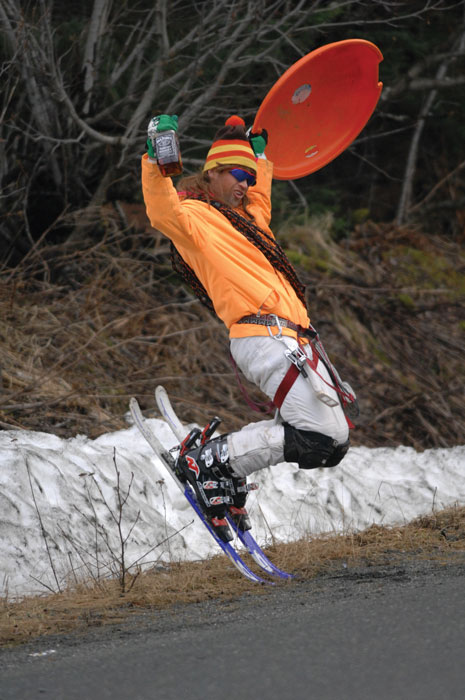 Eric H: “JJ Thomas while working at mammoth as a Lifty in 10/11. I did see Arnold Schwarzenegger come through my lift line that same season.” 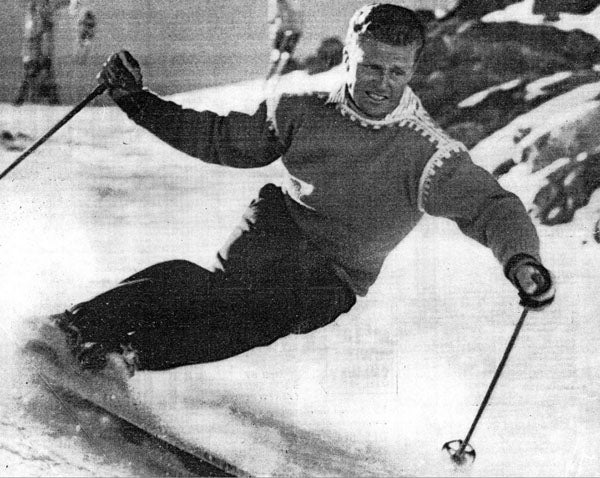 Mike T: “I shared a chair with Stein Eriksen twice on KT22 at Squaw in 1967 (I was 19 yrs. old). He was the most flawless skier I’ve ever seen. He took a gold medal in the GS at the ’52 Olympics, and was working at Heavenly about the time I met him. I was in awe! I also shared a few chairs with Spider Sabich back then. Tahoe was a great place to grow up.”