Temps will plunge to January like readings late this week with another round of snow for the Rockies, Pacific Northwest, Canada and even perhaps the Sierra.

We are still 5 days out and the models have been providing varying solutions for a strong low pressure system that should land 12-20 inches for some resorts by the weekend. Currently, precipitation is likely to begin in the Cascades by Thursday favoring the northern Cascades (Mount Baker Ski Area). This system starts out warm, with moderate amounts of wet snow at upper elevations by late Thursday (Much colder Friday with light snow continuing). Winds shift to the NW late this week which should push snowfall further south towards the southern Cascades and a good portion of Oregon (All will see moderate snowfall late this week).

Below: Very cold air is going to infiltrate the west late this week with temps well below 0-C by late this week at just 4800 feet. Valley locations in the northern Rockies will be in the low single digits once again (Fahrenheit) 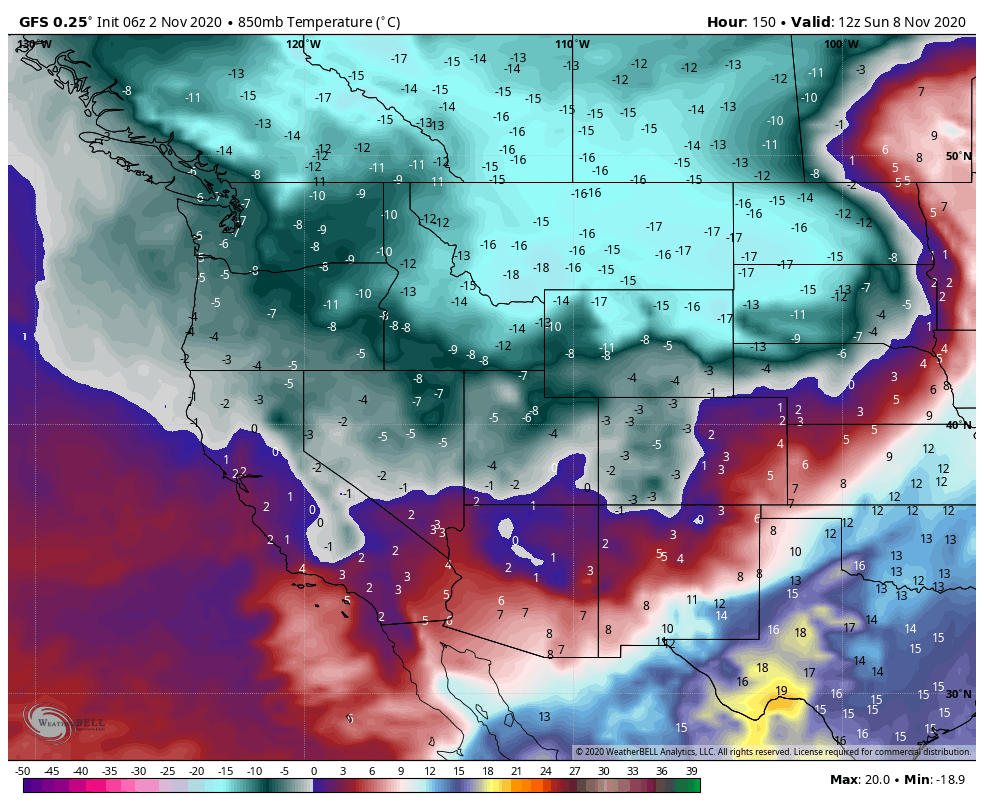 Coastal BC and resorts like Whistler are likely to see rain at the lower elevations with significant snow possible at upper elevations late this week (Mid mountain and higher). Temps will lower late week, so some snow will also be falling at the base late in the storm period just as precipitation tapers.

The most likely candidates for significant snow for the Rockies will be Northern Montana once again, and areas south perhaps even towards Bridger Bowl. The models have been slowing this system (Thursday night event now looks more like Friday-Saturday). Confidence remains very high for the southern Panhandle of Idaho including the eastern edges of central portions that run alongside the Montana border. Even the Montana Snow Bowl may grab moderate amounts near Missoula. The northern Panhandle of Idaho will grab a refresh of light or moderate snow. Some areas near Glacier National Park and east could score 10-18 inches by late Friday night. North/Central Montana will reap the deepest rewards primarily early Friday to Saturday.

Below: Comparison of 3 models for the upcoming storm. The Euro Ensembles push the highest moisture further north in Montana while the GFS Operational model (2nd map) a bit further south. The 3rd map (Canadian) shows similar amounts for Montana but also decent amounts for the Tetons, Utah, and the Sierra. Most model runs are consistent for southern Colorado. 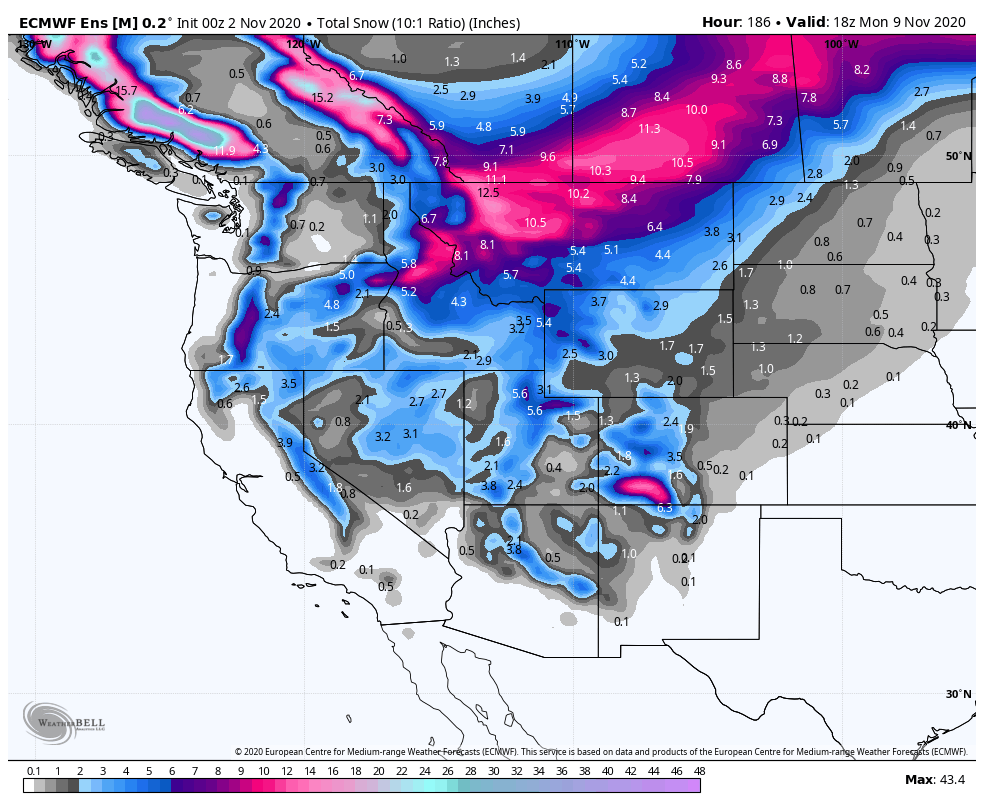 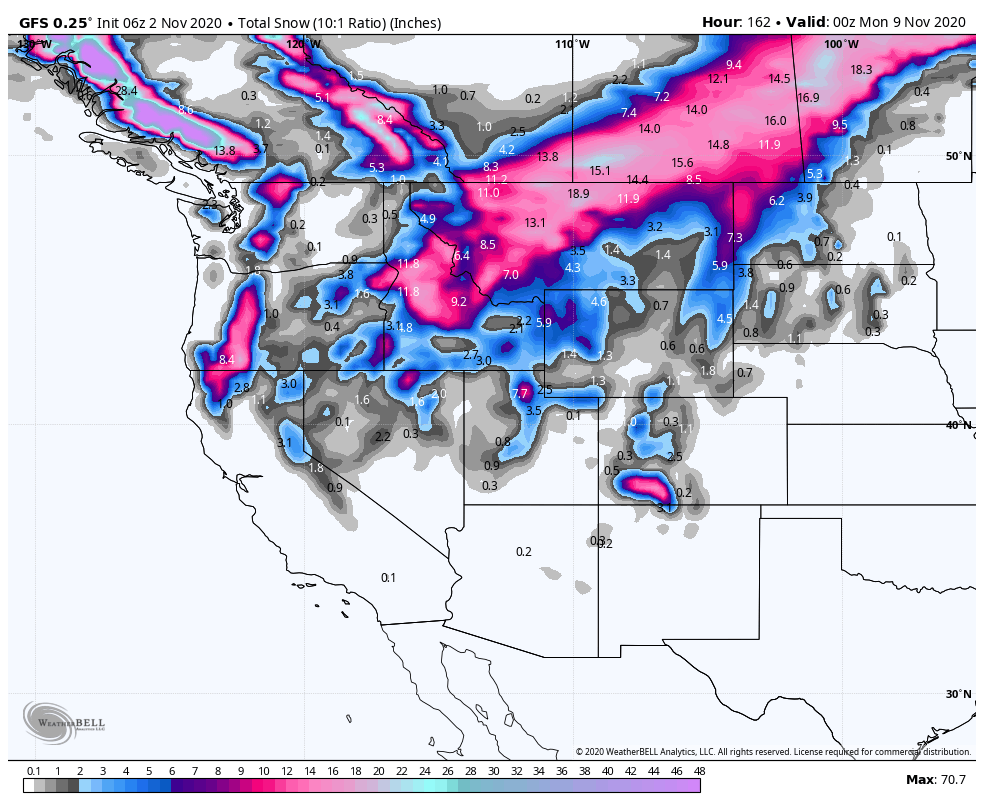 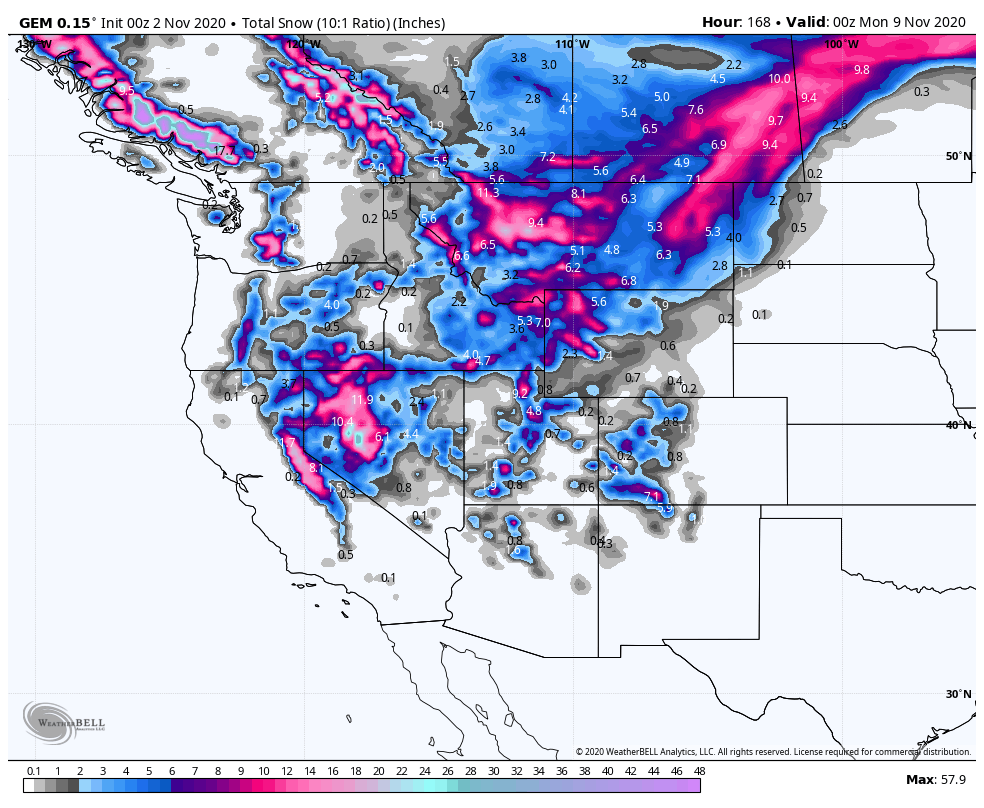 Late last week, the models had a significant event for the Sierra with the most current data downtrending totals. The Canadian model still shows decent amounts for the Sierra, with the Euro and GFS backing off on totals. Confidence is high that some snow will be falling in both the mountains and valley locations of the Sierra late this week with much colder temperatures. Some flakes are even possible in Reno by Friday night.

From the northern Rockies, Cascade Range, and Sierra late week, this system will land some moderate snow for the Tetons, Northern Utah, and eventually drop into Colorado by the weekend. In Colorado, the models favor resorts west of the Divide, but point to a possible double digits even for the southern San Juan Range, perhaps even Wolf Creek who is currently open. Currently, for the majority of Colorado the event seems to be on the light or moderate side.

Below: Sunday- Grand Teton National Park- The Grizzlies are out stocking up on Food. @powderchasersteve via Instagram.  At least she is walking on the Shoulder!  Good job. 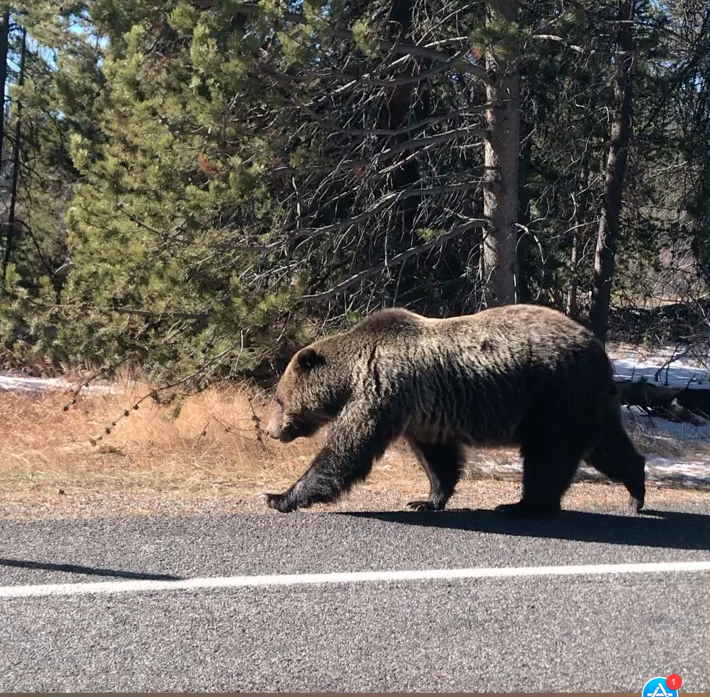 Another low pressure system is likely mid-next week for the West continuing the chances of additional snowfall to many areas that may actually lead to good base building, especially for those spots that have a head start on totals.

Below: Ensembles showing another low pressure system for the west mid next week (November 11). 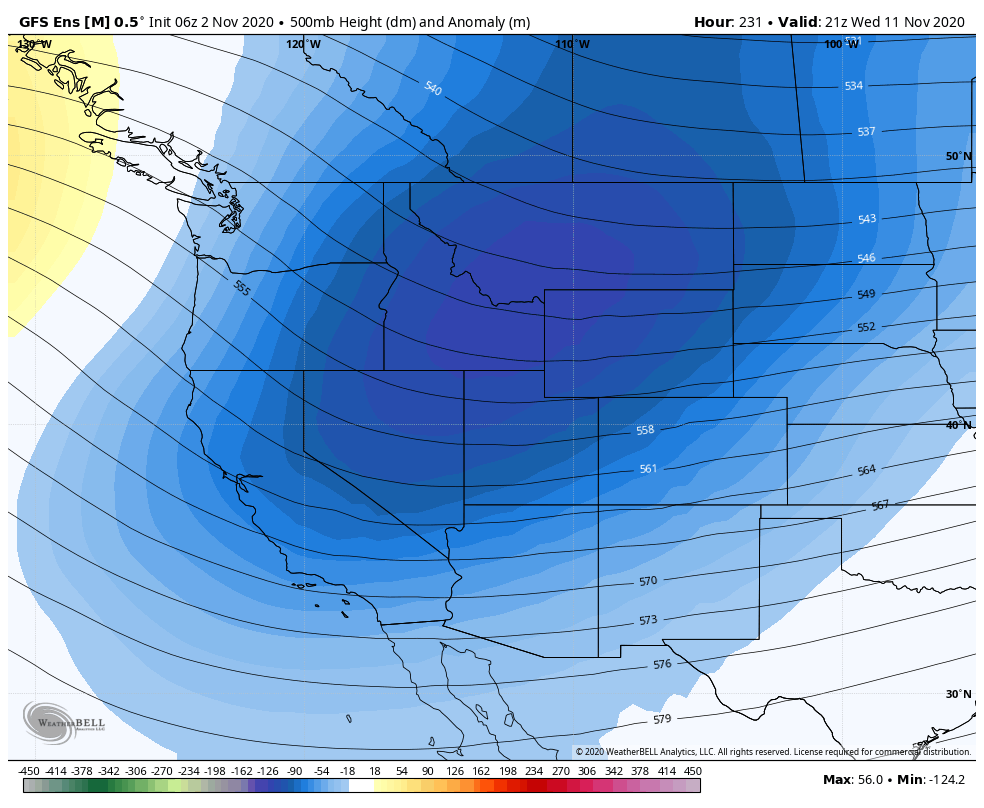 Get your snow tires on early this season with the colder temps its likely many areas will be snow packed by the weekend. We have partnered with Tire Rack on some great winter packages here.  Enjoy the Powder everyone.