Where Do Gapers Go in the Summer?

Where Do Gapers Go in the Summer?

As the snow melts and rear-entry boots are placed on the mantle of some grand fireplace in Birmingham, AL, The Gaper spirals into a state of bewilderment.

It doesn’t take long for the Gaper dad to pack up the Gaper kids, Gaper dog, and Gaper wife and go full Gape across the USA for this summer’s Gaper vision quest. Because as Gapers we came into this world and as Gapers we shall leave it… 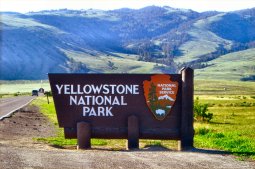 Yellowstone is Mecca for the Gaper family. They are drawn to the national park by a faith in all things Gaper. Not only that but Yellowstone is the most visited National Park in the country and Gapers love lines. It gives them direction and more importantly… a clue. However, the Gaper family will somehow get out of line, get lost, and approach a Bison or Grizzly at extremely dangerous distances during an audio tour of the park. All the while, Gaper wife will keep the cameras rolling, catching Gaper dad and Gaper son getting gored simultaneously by a Grizzly Bear and Bison. Both animals will be put down for “aggressive behavior.” Meanwhile the resilient Gapers will be repaired by local doctors and be sent on their way to their next destination…

Just down the road from Yellowstone is the Snake River. The Snake River plays host to an astounding amount of Gaper families who are leaving Mecca (Yellowstone) for Medina (See below). Wearing jeans and felt cowboy hats, the Gaper family makes sure to wear thick, cotton-based clothing, because they hear water temperatures are hovering around 55 degrees and they MUST stay warm. However, since there is no line on the river, the Gaper family becomes confused and starts asking raft guides questions like “does the raft get out where we put in?”

The Hoover Dam (AKA Medina)

If Yellowstone is Mecca then the Hoover Damn is surely Medina for the Gaper sect. The pilgrimage from Yellowstone to the Hoover Dam occurs every summer and as a result, initiates young Gapers into the Gaper family. The lines, the sun-hats, and the audio tours are all formative factors for any Gaper making the initial pilgrimage. Just stay on the dam tour and don’t get lost. Good luck.

Gapers love America more than anyone. So it comes as no surprise that the line of minivans burning their way up to this national monument are chock full of Gaper families ready to view a site that was considered sacred ground for the Lakota Sioux tribe. However, now it’s Gaper family central and while the site is a source of ire for the Lakota Sioux, it makes Gapers swell with pride—just whatever you do don’t ask them to name the presidents displayed.

Here Gaper Dad wears a Navajo headdress and plays twister on the four corners, which symbolically rounds out his vision quest by tagging the four most gaper states in the union: Colorado, Arizona, Utah, and New Mexico. Gaper son and Gaper wife cheer him on and take photos. Gaper dog on the other hand, is sitting in a blistering hot car with all the windows up. Too bad the location of the four corners misses the actual spot by 1,800 feet.