[Photos courtesy of the Cirque Series]

It’s not entirely accurate to say I was coming off the couch for the Cirque Series’ A-Basin stopover, but I’m not particularly fast on dry ground and generally far more comfortable sliding down this mountain than I am running to the top of it.

Conditions were drizzly at the base and a nasty wintery mix on the upper ridges of The Legend this weekend when Julian Carr’s six-race trail running series came to town. The Arapahoe Basin course, now in its fourth season, consists of a brutal 2,340 vertical-foot climb over a manageable 6.8 miles. (I’m told there was an additional quarter of a mile added to accommodate trail conditions, but I ran straight from urinal to the starting line and failed to verify.) 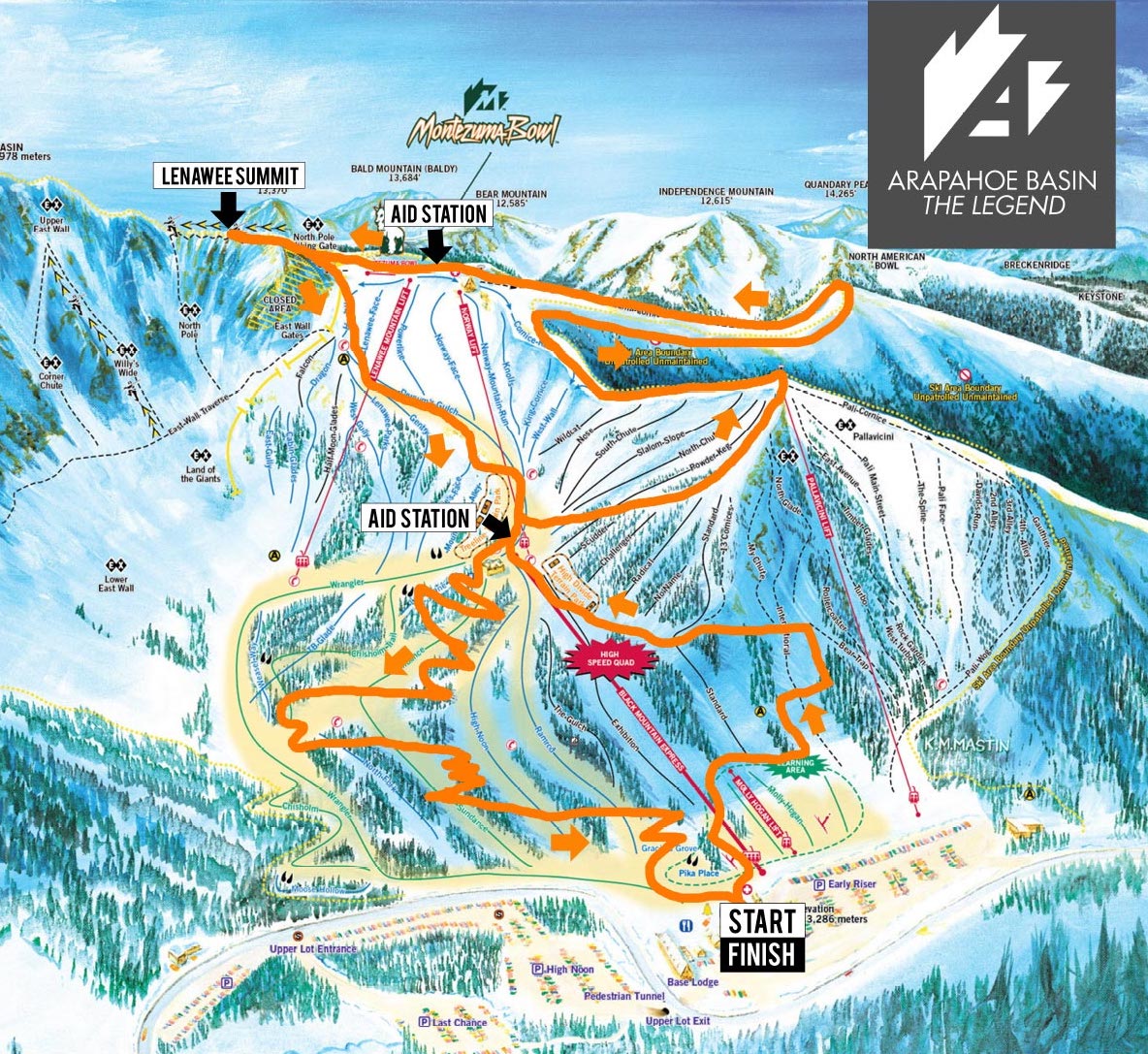 The altitude and terrain involved in this installment of the Cirque Series are what make it special, says Carr. He would know. The self-described “skier bro,” who founded the race series and acts as its director, has been featured in seven Warren Miller films and holds two world records in cliff height, according to his (*sweet) website. He also made time to launch his own apparel brand, Discrete Clothing.

The conditions couldn’t have been more different than at the previous stop, Idaho’s Sun Valley. “It was 90 degrees in Sun Valley, and at A-Basin it was literally freezing,” Carr laughed. “The extremes were noteworthy.”

“The Arapahoe Basin event is special because it’s at 13,000-plus feet of elevation,” he says. “Plus the course is real deal, raw, mountain running.”

The event drew an eclectic crowd, which is one of the things Carr enjoys most about the series. “For one race to make sense for Olympic athletes to come out, and also have mom and dad race, it’s inspiring.” Carr said after the event. The age range for competitors in this year’s series ranged from 8 to 82.

Speaking of elite athletes, the winner of the pro category was U.S. Nordic Combined skier Adam Loomis. Needless to say, I was much too far away to catch his time.

@skiloomis is taking over the running scene. Congrats on the win at Cirque Series!#howdoyoufly pic.twitter.com/nwcQLINzT6

For those not that into type-2 fun, these races are worth it for the beer and music afterwards. The raffle swag was top-notch and even the race freebies proved clutch (lip balms, hydration tablets, etc.). In all, the punishing aspect of “pushin’ peaks” was a small price to pay for a great late summer weekend in the mountains.

If you’re in or around Snowbird for the final stop of the tour on September 8, I highly recommend it.