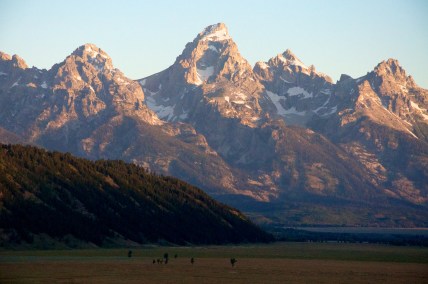 Can you put a price on the feelings evoked by the Grand Teton and its unbelievable vistas?

Apparently you can as NPS officials tied to Grand Teton National Park have reached an agreement to buy a square-mile in-holding known as “Antelope Flats” for $46 million reports ABC News.

Over the past years, speculation rose as to how the land would be used with some going so far as to suggest the possibility of a massive development that would spoil the otherwise majestic views. Fortunately, that’s not the case as the purchase will keep any private ownership interests from developing the land, instead maintaining the area as a valuable habitat and open space in the Tetons.

Not only is the purchase a huge win for public lands advocates but the purchase was made solely with the help of private donations and a very generous offering from The federal Land and Water Conservation Fund, which provided $23 million for the square mile of picturesque landscape.