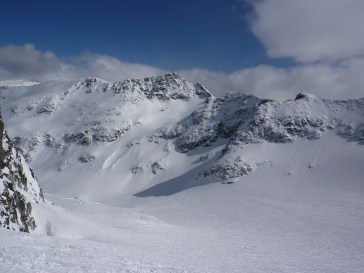 In 1962 Pete Seibert and Earl Eaton founded what is known today as Vail Mountain Resort. Nearly 54 years and 12 ski areas later, Seibert’s offspring by the same name quipped as to the quality of Vail Resorts‘ most recent acquisition of Whistler Blackcomb saying, “Finally, they bought a real mountain!” reports the Tahoe Daily Tribune.

Related: Vail Resorts By The Numbers

The comment, which was made in jest at a community picnic, points to the power of Vail Resorts’ newest ski resort, Whistler Blackcomb. And while Epic Pass members will not be able to ski the BC resort’s slopes until the 2017/2018 season, members of the Vail community have voiced their support of the recent acquisition.

8,171 acres, 5,020 vertical feet, and summer skiing on the glacier are just three of the things Vail residents are lacking out their back door compared to Whistler. In addition to the massive amounts of terrain, Vail and Whistler locals are both excited about the possibility of the Whistler Blackcomb season pass cost dropping to meet the price point of Vail’s Epic Pass. In a recent interview with Traveller.com, Vail CEO Rob Katz indicated the price of the Epic Pass would likely stay the same saying, “Even though Whistler Blackcomb is one of the most impactful offerings that we’ve added to the Epic Pass, we still would absolutely not change our current pricing approach.”