A Snowbird Skier Is Dead After Tree Collision

A Snowbird Skier Is Dead After Tree Collision 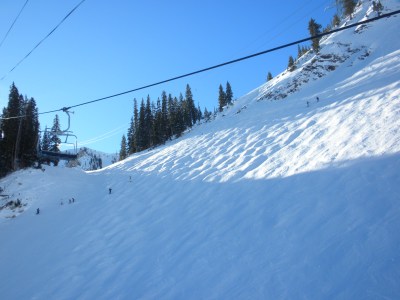 Skiing is a dangerous sport but this year seems especially tragic as yet another skier died on Sunday after colliding with in a tree @Snowbird reports KSL.com.

The victim has since been identified as 57 year-old, Jeff Gentry. Gentry who was skiing on Chip’s Run on Sunday at approximately 3pm, lost control before ultimately colliding with a tree. He died immediately on impact.

According to the KSL.com article, Gentry was an avid and experienced skier.

Ski patrol arrived on the scene shortly after the accident, where they attempted to resuscitate Gentry. Unfortunately, their attempts proved futile as Gentry was later pronounced dead.