Study: Is Solo Backcountry Skiing Safer Than Being In A Group?

Study: Is Solo Backcountry Skiing Safer Than Being In A Group?

While many frown upon the solo-artist who ventures into the backcountry alone, a new study completed by Wilderness & Environmental Medicine journal shows that such a person is actually less likely to be caught in an avalanche.

According to NewsWise.com, groups greater than 3 are subject to the most avalanche risk and groups of 2 or less are actually less likely to be caught in a slide. The data was drawn from Swiss and Italian locales.

While many already understand that large groups make it more likely to initiate trigger points within a snowpack, the study also refers to large group dynamics that include a false sense of “safety in numbers.” That safety in numbers idea serves as a significant factor behind their claim. 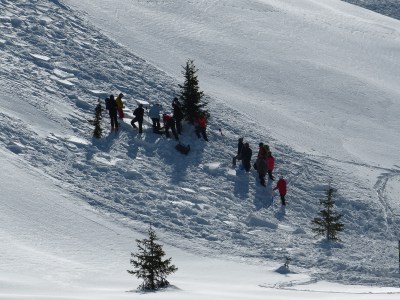 On the flip side, the lack of group dynamic in an individual backcountry tour actually creates a real sense of danger that often keeps solo-backcountry skiers safe. That said, most wilderness medicine professionals strongly recommend against traveling solo for the obvious reasons that include but are not limited to: rescue, injury, and positive group dynamic aka teamwork.

“Group factors are absent when someone travels alone in avalanche terrain, which may explain why we did not find higher risk for individuals. However, these results should be considered with caution and do not replace avalanche safety recommendations, which strongly deter recreationists from traveling alone.”– Dr. Benjamin Zweifel, Avalanche Forecaster @WSL Institute for Snow and Avalanche Research

The findings, although common sensical for many, serve as much-needed reminder to assess your group before planning a backcountry ski. According to Dr. Zweifel, “Group size and the related risk factors play a crucial role in avalanche risk management.”

Bottomline, always remember to assess the center of the avalanche triangle– the human factor.

Find the entire NewsWise.com article here: Risk of Being Involved in an Avalanche Less for Smaller Groups of Recreationists