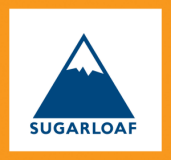 The $800,000 improvement on  Sugarloaf’s King Pine Lift comes nine months after the lift rolled backwards injuring 7 people and creating chaos on the Maine mountain. The 27 year old quad had a complete overhaul done to ensure safety.  They redesigned the gear box and installed all the latest anti-rollback and braking systems. During an official investigation, the accident was determined to be caused by a series of failures. First, the drive shaft broke in the gear box, then a faulty switch on the anti-rollback system didn’t kick in, and finally the emergency braking system failed to automatically turn on. The lift reopened Monday.

Here is a local news coverage from the day after the accident.