How much money do ski racers make? [Ski Racing]

How much money do ski racers make? [Ski Racing]

For more on the breakdown of this past season’s World Cup prize money earnings we turn to skiracing.com.

“This past season’s overall World Cup winners Anna Fenninger and Marcel Hirscher, both hailing from Austria, may have topped the 2014-15 prize money rankings by substantial margins, but the sport still lags behind most in total payouts to competitors. 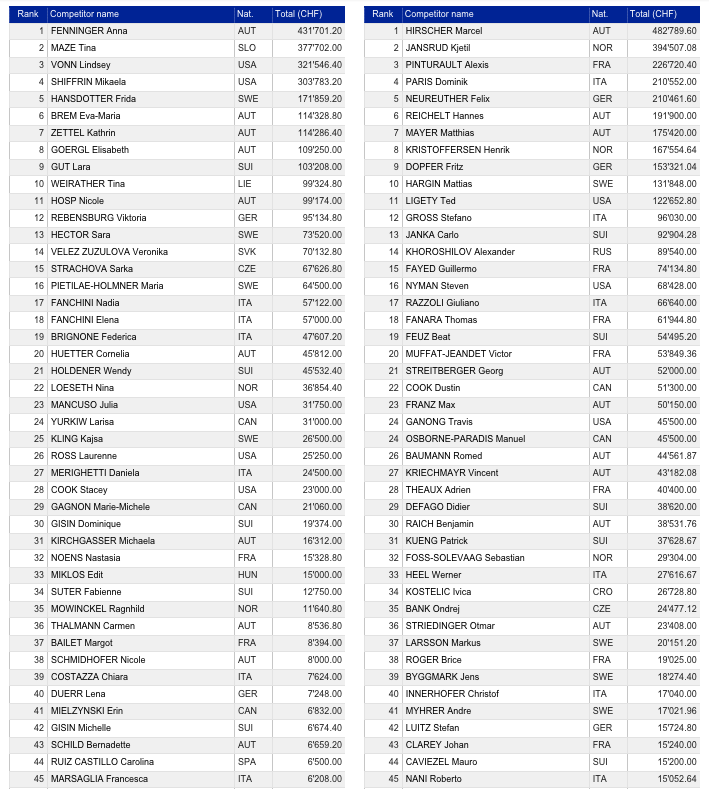