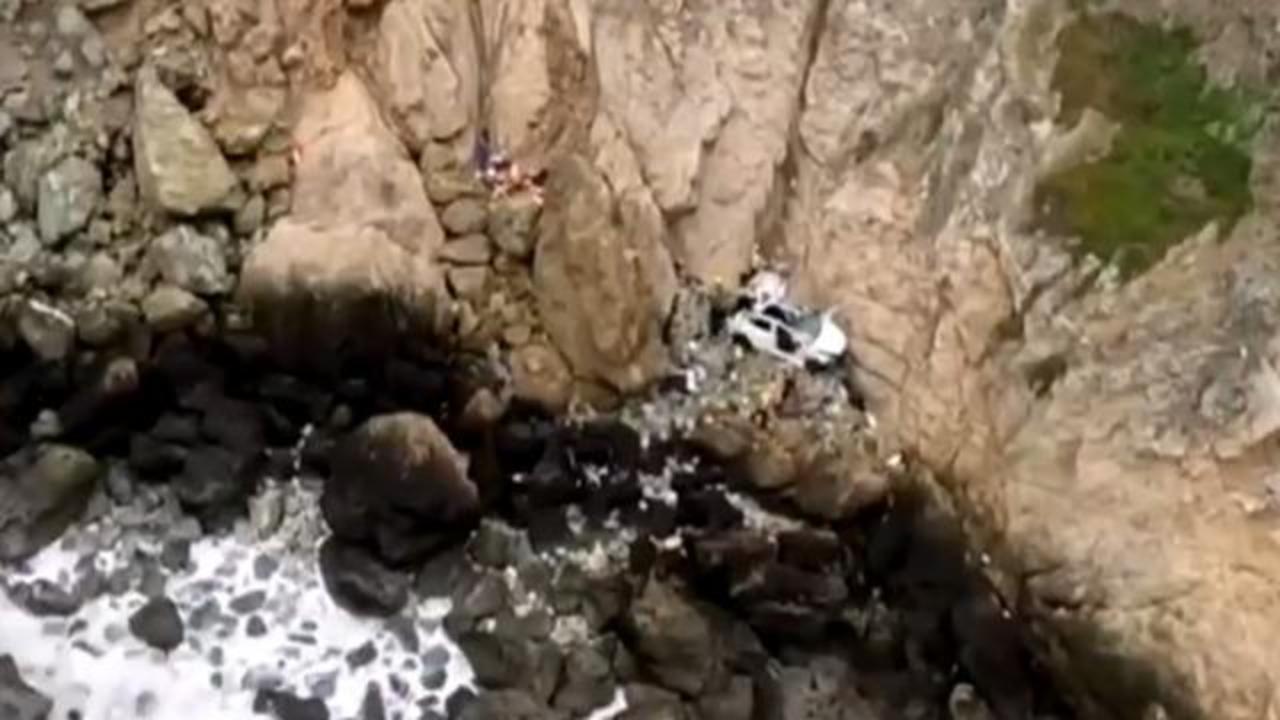 CHP Golden Gate Air Operations responded to an emergency rescue involving a Tesla that had plunged 250-feet off a cliff.

The crew successfully rescued two children and two adults from the vehicle.

Check out the incredible footage below:

As first responders arrived at the scene, it was determined that 2 adults and 2 children were trapped in a Tesla. While H-30 responded, firefighters rappelled to the scene and rescued the two children.

CHP H-30 lowered a El Cerrito Fire Helicopter Rescue Technician (HRT) to the scene who assisted in the extrication and rescue of two adults.

CHP H-30 hoisted both adults from the waters edge and transferred them to a waiting Stanford Life Flight Helicopter.”