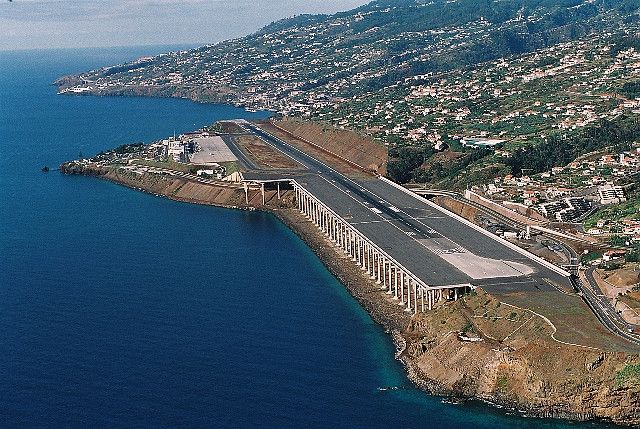 Madeira, an autonomous region of Portugal, is an archipelago of four islands off the northwestern coast of Africa.

It’s a popular tourist destination due to its sub-tropical climate, beautiful volcanos, and sandy beaches.

The video below shows a jet landing in the sketchy crosswinds that are all too common for planes arriving at Madeira’s airport.

The airport is named, ‘Cristiano Ronaldo International Airport’, after the legendary soccer player who hails from the islands.

Watch as the plane nearly lands sideways to adjust for the strong winds:

Madeira Airport was once known for having a notoriously short runway.

The island has extended the runway multiple times with platforms that stretch over the sea to accommodate the increase in tourism.

Pilots must undergo additional training to land at the airport.